Where are their hashtags? | Mickey Z. 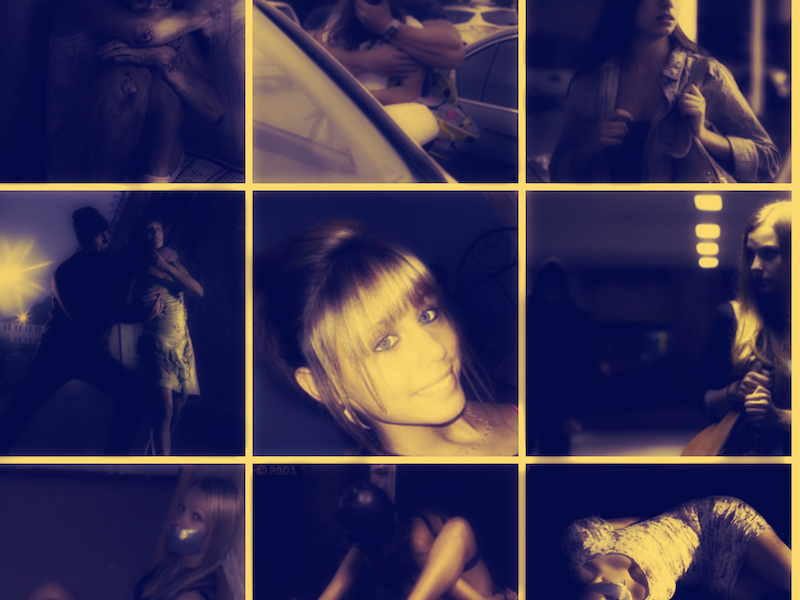 As unrelenting as they might be, each news story is its own individual nightmare and -- even as an observer and documenter -- some nightmares hit you harder than others.

This was the case with the story of Brittanee Drexel of in Rochester, New York. She was 17 years old when she disappeared during a 2009 spring break trip to Myrtle Beach, South Carolina. The FBI is now reporting that Drexel was picked up by a 16-year-old boy, abducted, beaten, trafficked, and gang-raped for days. She was eventually shot and killed because she tried to escape amidst the intense local scrutiny surrounding her disappearance. Several witness said Drexel’s body was then dumped into one of the 40 or so alligator ponds in the area.

Where is her hashtag?

The recent updates about Drexel resulted in a couple of articles (it’s telling how few there were, though). If you perused them, you may have contemplated her parents wishing their teenage daughter a fun trip. How could they -- why would they -- ever imagine her youthful adventure could end in a gator pit? You may have wondered: How is such an outcome even possible and how common is it?

United States of Pornography
It doesn’t require any special skills to educate yourself enough to answer such questions. All one needs do, for example, is type words like “abducted,” “captive,” “gang rape,” “slaves,” “girls,” and “teens” into a Tumblr search to learn that Drexel’s nightmare was far from a cultural aberration.

There are thousands and thousands and thousands of images and GIFs and videos -- posted, re-blogged, and shared every minute of every day -- eroticizing the concept of abused women in deep distress. Barbarous devices and restraints abound and there’s no limit to the myriad methods by which pain and degradation are inflicted upon these helpless victims.

These men post the “normal” image as a “before” photo, telling visitors how this particular woman made a “mistake” like taking a ride, answering an ad, walking alone in a semi-quiet area, drinking too much, or worst of all: rejecting another man’s advances. Beneath this image would be the horrific photo/GIF/video of (allegedly) the same woman -- bound, beaten, and often bloodied -- now that her life has “changed forever” and she’s being “trained” for an eventual “auction.”

Consumers are desensitized and pathology is normalized. “Pornography,” says Sheila Jeffreys, “represents women as objects who love to be abused, and teaches men practices of degradation and abuse to carry out upon women.”

Imagine innumerable blogs and web pages like the ones I’ve described, serving as Sex Ed for millions of boys. Boys as young as 9 or 10. Imagine how many of the men you know had images and ideas like this imprinted on their psyche since before they hit puberty.

Think about it: A generation of tech-addicted males has opted to allocate a major chunk of their meager time on this planet to create and maintain web pages that will program the next generation of even more tech-addicted males to casually and reflexively view females as inherently inferior “products” and “inventory”; to discredit and mock their feelings and opinions and needs; to overwrite their realities, gaslight them, abuse them, threaten them, stalk them, degrade them, exploit them, torture them…to hate and kill them.

Boys and men are not only being conditioned to believe that sex and violence are indistinguishable, but also that girls and women deserve and even crave such treatment.

Where are their hashtags?

Pornography Planet
(Yes, the term “sex trafficking” should really be “rape trafficking.” However, for the purposes of this article, I’ll stick to the “legal” terminology.)

Let me tell you something you should already know: The fate of Brittanee Drexel was not an anomaly. Outside of sensational headlines about alligators, her type of story is relatively common. In fact, one year after Drexel was murdered, a woman claimed Shaun Taylor (father of Timothy) tried to throw her inside a van at the same resort where Drexel was last seen. We may never know how many women and girls this particular trafficking ring has victimized.

When will a rich and famous athlete take a public stance for them?

Human trafficking is a $32 billion global industry and 40 percent of it involves the sexual exploitation of a child (average age: 11 to 14 years old) with an estimated 76 percent of these “transactions” starting via the Internet.

When will a rich and famous celebrity make a viral-worthy speech at an awards show for them?

According to federal law 22 USC § 7102, “sex trafficking” is a “severe” form of human trafficking “in which a commercial sex act is induced by force, fraud, or coercion, or in which the person induced to perform such act has not attained 18 years of age.” A “commercial sex act,” under federal law is “any sex act on account of which anything of value is given to or received by any person.” “Coercion” is defined as such:

However, under federal law, such coercion need not be present if the victim is under the age of 18. As of 2011, the U.S. Department of Justice reports that 94 percent of sex trafficking victims are female and 54 percent are below the age of 18 (31 percent are between 18 and 24). Whether they are groomed, manipulated, stalked, or straight-up kidnapped, they are eventually sold for $25 to $400 per encounter, servicing (on average) five to 45 buyers per day.

When will a rich and famous pop star take up their plight during halftime at the Super Bowl?

Consider this one story as told to CNN (which adds insult to injury with the heinous phrase “underage sex workers”): “One 17-year-old (girl) solicited on Facebook allowed Justin Strom to pick her up in his car at her home, but when he spelled out what he expected, she told Strom she wanted out. In response, he ‘slammed her head against the window of the vehicle,’ forced her to ingest cocaine, and slashed her arm with a knife. That night, he took her to an apartment complex and rented her out to 14 men. The encounter netted Strom $1,000. It left the victim with a collection of physical scars.”

“Pornography is a potent teacher of both beliefs and behaviors, and in fact provides the ideal conditions for learning,” explains Mary Anne Layden, PhD, Director of the Sexual Trauma and Psychopathology Program Center for Cognitive Therapy. “We learn better when aroused. If something activates our sympathetic nervous system, we are more prepared to remember the information received at that point. Behavior that is rewarded is likely to be repeated. Sexual arousal and orgasm are extremely rewarding experiences.”

With this as its foundation, the torture ensues and the number of female victims increases by the hour.

Where are their hashtags? When is their “day of remembrance”? What color is their special profile pic? Where are the heart wrenching memes and the clever t-shirts? Where are the weekly rallies, protests, sit-ins, die-ins, and marches?

How many more will be murdered before we wake up and declare “we will not be silent”? How long before we join together to create a world in which females are not systematically and intentionally targeted for demise? When will we finally and collectively name the problem?

Answers and Questions
Up top, I pondered: Why would Brittanee Drexel’s family ever imagine her youthful adventure might end in such a way? Under current conditions, I might posit that it’s both realistic and prudent to contemplate and do everything possible to prevent such scenarios.

I also asked: How is such an outcome even possible and how common is it?

It’s frighteningly common and it’s made possible thanks to the direct or tacit approval of men. So, before the #NotAllMen crowd clicks away from this article, telling themselves that it was ultimately useless since I didn’t provide “solutions,” I’ll leave you with these words from Andrea Dworkin:

“(Men) come to me or to other feminists and say: ‘What you’re saying about men isn’t true. It isn’t true of me. I don’t feel that way. I’m opposed to all of this.’ And I say: don’t tell me. Tell the pornographers. Tell the pimps. Tell the warmakers. Tell the rape apologists and the rape celebrationists and the pro-rape ideologues. Tell the novelists who think that rape is wonderful. Tell Larry Flynt. Tell Hugh Hefner. There’s no point in telling me. I’m only a woman. There’s nothing I can do about it. These men presume to speak for you. They are in the public arena saying that they represent you. If they don’t, then you had better let them know.”

Mickey Z. is currently writing two books, a memoir called How to Lose Friends & Influence Nobody: My Life as an “Activist,” and a novel entitled stain red. In the meantime, he can be found here.

Where are their hashtags? by Mickey Z. is licensed under a Creative Commons Attribution-ShareAlike 4.0 International License.
Based on a work at http://worldnewstrust.com/where-are-their-hashtags-mickey-z.