Let the 'Sex Workers' Speak for Themselves! | Mickey Z. 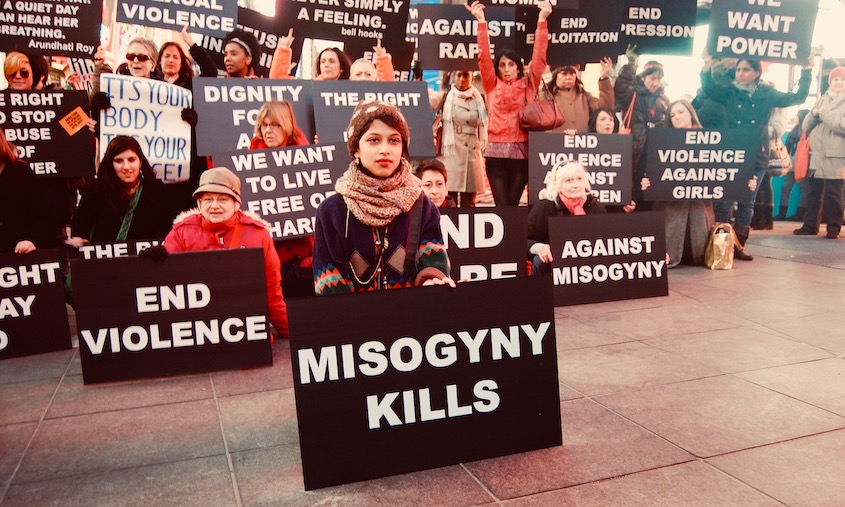 Here’s how it goes: You write something critical (backed with boatloads of evidence) about pornography and/or prostitution and the liberal feminists/queer theorists come out of the woodwork to rally the allies. They label you “sex negative” and silence you by chanting in unison: “Let the sex workers speak for themselves!”

I decided to test their receptiveness by recently interviewing a survivor but that didn’t seem to satisfy the postmodern crowd. They prefer to only heed “sex workers” like the woman who appeared in a recent Cosmopolitan article called: Sex Worker Answers All Your Questions About What It's Like to Work at a Legal Brothel.

This “sex worker” -- or as she calls it, “therapists who also maybe touch your weiner” -- was Sarah Greenmore and from her, I learned:

Hmm… “letting” this “sex worker” speak for herself wasn’t as liberating as the libfems promised and certainly didn’t answer “all my questions.” Thus, I had to seek out more “therapists who also maybe touch your weiner.”

To follow are some of my queries along with answers provided by a wide range of survivors. Btw, I easily found all these voices without even needing an advanced degree in Gender Studies (or any degree at all)!

Q. What’s it like getting started in this business?

Linda Lovelace: “My initiation into prostitution was a gang rape by five men, arranged by Mr. Traynor. It was the turning point in my life. He threatened to shoot me with the pistol if I didn’t go through with it. I had never experienced anal sex before and it ripped me apart. They treated me like an inflatable plastic doll, picking me up and moving me here and there. They spread my legs this way and that, shoving their things at me and into me, they were playing musical chairs with parts of my body. I have never been so frightened and disgraced and humiliated in my life. I felt like garbage. I engaged in sex acts for pornography against my will to avoid being killed. The lives of my family were threatened.”

Ayesha: “To ‘break me in,’ I was raped several times a night for nearly a month before the madam started selling me to men for money. It was typical for me to have 10 to 12 buyers every night. They were usually abusive, treating me as if they owned my body. I have a deep scar on my neck from a knife blade, which I got trying to save a young girl in my house from being gang raped. It almost killed me.”

Q. But it’s a “choice,” right? Surely you can come and go as you please?

Ayesha: “I tried to leave that dungeon many times. Memories still flash in my mind of my hair being pulled, of being dragged through the dirt streets by the brothel owner after a failed escape. Even though I cried, screamed for someone to help me, people just stood by watching, without even a look of sympathy. Tears stream down my face as I think back to that day. If even one man had tried to save me, my life would have been changed. But all of them stood there like mute spectators. When people tell me that women choose this life, I can’t help but laugh. Do they know how many women like me have tried to escape, but have been beaten black and blue when they are caught? To the men who buy us, we are like meat. To everybody else in society, we simply do not exist.”

Jenna Jameson: “Most girls get their first experience in gonzo films -- in which they’re taken to a crappy studio apartment in Mission Hills and penetrated in every hole possible by some abusive asshole who thinks her name is Bitch.”

Alexa James: “The first shoot I did was with a man who was probably 40 and he was as thick as a soda can. He held me down and shoved it in me with no lube tearing my vagina. When I started to tear up and cry he flipped me over and continued from behind be so they wouldn’t get me crying on film. He pulled my hair and choked me over and over again even when I told him it hurt and I could barely breathe.”

Alexa Milano: “My first movie, I was treated very rough by three guys. They pounded on me, gagged me with their penises, and tossed me around like I was a ball! I was sore, hurting and could barely walk. My insides burned and hurt so badly. I could barely pee and to try to have a bowel movement was out of the question.”

Q. Wait, is that a job choice or photographed rape? Didn’t you have a say while filming?

Jersey Jaxin: “Guys punching you in the face. You have semen from many guys all over your face, in your eyes. You get ripped. Your insides can come out of you. It’s never ending.”

Jessi Summers: “I did a scene where I was put with male talent that was on my ‘no’ list. I wanted to please them so I did it. He put his foot on my head and stepped on it while he was doing me from behind. I freaked out and started bawling; they stopped filming and sent me home with reduced pay since they got some shot but not the whole scene.”

Q. What about the filmmakers and male actors? They’re sex workers, too! What do they say about such treatment?

Max Hardcore (pornographer): “There’s nothing I love more than when a girl insists to me that she won’t take a cock in her ass, because -- oh yes she will!”

Q. How in the world can anyone -- especially women and girls -- possibly survive, day-to-day, in either prostitution or pornography?

Loreta: “I was in prostitution from age 15 to 19. My friends and I lived in one apartment with the madam. We worked from 4 p.m. till late night or early morning with three to four clients a day. Sometimes we used condoms, but sometimes we didn’t. Most of the clients were foreigners who didn’t speak my language and didn’t care about my age. I didn’t know how to contact the police and I didn’t know if the police would even care. I wanted to run away, but was scared the gang would find me and kill me. My self-loathing grew, so I began injecting myself with drugs. I tried to numb myself from the pain so I wouldn’t feel anything at all.

Q. And the clients don’t care if a “sex worker” is underage?

Rachel Moran: “I answered enough phones in enough brothels to know the most common question is always: ‘What is the youngest girl you’ve got?’”

Q. But this is not what the postmodern theorists say. We’re told such different stories when it comes to prostitution and pornography. Have you heard how the liberals describe your life?

"Let the 'Sex Workers' Speak for Themselves!" by Mickey Z. is licensed under a Creative Commons Attribution-ShareAlike 4.0 International License.
Based on a work at https://worldnewstrust.com/let-the-sex-workers-speak-for-themselves-mickey-z.