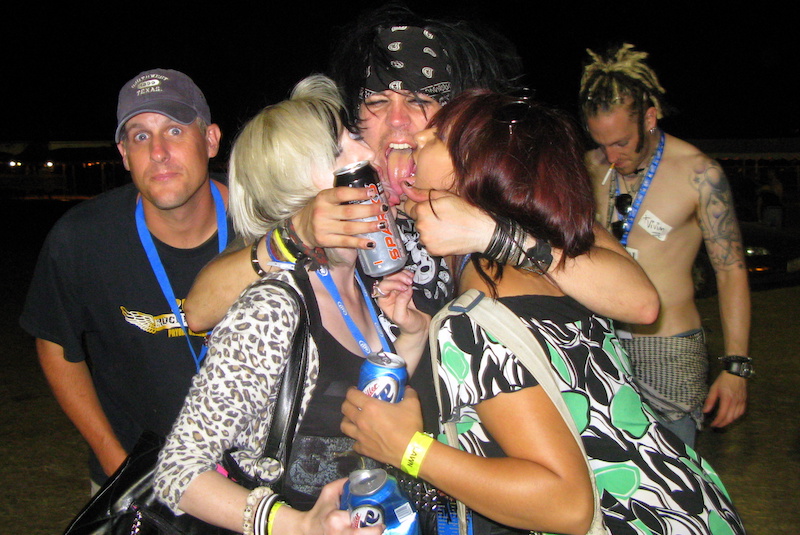 Recently, I pondered the impact cinematic sexism had on my psyche and told you about my early adventures as a music fan so… let’s consider what follows to be the inevitable blending of the two.

It began when I sought out some “classic rock” to listen to while cooking. A few YouTube clicks later and I was treated to the iconic guitar intro to Jethro Tull’s “Aqualung.”

Then came the opening lines: “Sitting on a park bench/Eyeing little girls with bad intent.”

I stopped what I was doing. Dinner would be late that evening. The next hour or so was utilized in the service of compiling this article.

“She always plays the game”
My older sister bought the Aqualung album when it first came out and eventually passed it on to me. Oh, how many times I’ve heard and sang along with those words. Not to mention “Cross Eyed Mary,” another seminal song from the same album, with lyrics like:

Laughing in the playground, gets no kicks from little boys

Would rather make it with a leching grey

Or maybe her attention is drawn by Aqualung

Who watches through the railings as they play

She signs no contract but she always plays the game

She dines in Hampstead Village on expense-accounted gruel

And the jack-knife barber drops her off at school

Yes, Mary is a prostituted child.

Speaking of unmitigated contempt, another example of the classic rock that programmed my young mind is Aerosmith’s “Walk This Way”: “Schoolgirl sweetie with a classy kinda sassy little skirt’s climbin’ way up her knee.” Elsewhere, there’s the “cheerleader” who was “a real young bleeder,” the “sister and the cousin,” the “three young ladies in the school gym locker,” the “missy who was ready to play,” and more.

What about these two gems from the infamous Jim Morrison and the Doors? “Show me the way to the next little girl/Oh, don’t ask why” and “I eat more chicken than any man ever seen.”

I could go on and on. But, as usual, I’ll focus on some of my very favorite bands and musicians from that time period.

“It's no hanging matter”
Just typing the words “Dylan” and “misogyny” into a search engine returned far more than I ever expected -- but for the purposes of this article, please consider “Just Like a Woman”:

You fake just like a woman, yes, you do

You make love just like a woman, yes, you do

I also learned that the Beatles’ “I Saw Her Standing There” was originally titled “Seventeen” as in: “Well, she was just seventeen/If you know what I mean.” In “Run for Your Life,” however, the Fab Four fully exposed their perception of “little girls”:

I’d rather see you dead, little girl/Than to be with another man

Well, I know that I'm a wicked guy/And I was born with a jealous mind
And I can't spend my whole life/Trying just to make you toe the line

As an adolescent, I was a major Rolling Stones fan and loved both versions (studio and live) of “Stray Cat Blues,” the Stones’ paean to underage groupies. Mick explained to young male fans like me that it’s best you don’t ask but even so, hey, relax… it’s not that big of a deal:

You look so restless/And you're so far from home

But it's no hanging matter/It's no capital crime

Not content with such predation, the narrator then asks the girl about her friend:

You say you got a friend, that she's wilder than you

Why don't you bring her upstairs?

If she's so wild then she can join in too

Playing off the “stray cat” in the title, the song manages to get even creepier when the young girls are told (in a mocking form of patriarchal “praise”?):

I bet your mama don't know that you scratch like that

I bet she don't know you can bite like that.

FYI: In concert, Jagger often sang: “I can see that you're thirteen years old.”

Name the Problem
It’s easy to imagine some readers shaking their heads and almost pitying me for overanalyzing, having no sense of humor, and taking the fun out of everything. But I’ve worked too hard and learned too much and have too far to go to accept being dismissed as a mere party pooper.

Instead, I put the challenge to you. I urge you to take a closer -- much closer -- look at what passes for culture on Planet Patriarchy. I urge you to carefully consider these words from Andrea Dworkin: “Male supremacy is fused into the language, so that every sentence both heralds and affirms it.”

Before we can name the problem, we have to see it.

Sex (statutory rape), Drugs, and Rock n’ Roll by Mickey Z. is licensed under a Creative Commons Attribution-ShareAlike 4.0 International License.
Based on a work at http://worldnewstrust.com/sex-statutory-rape-drugs-and-rock-n-roll-mickey-z.