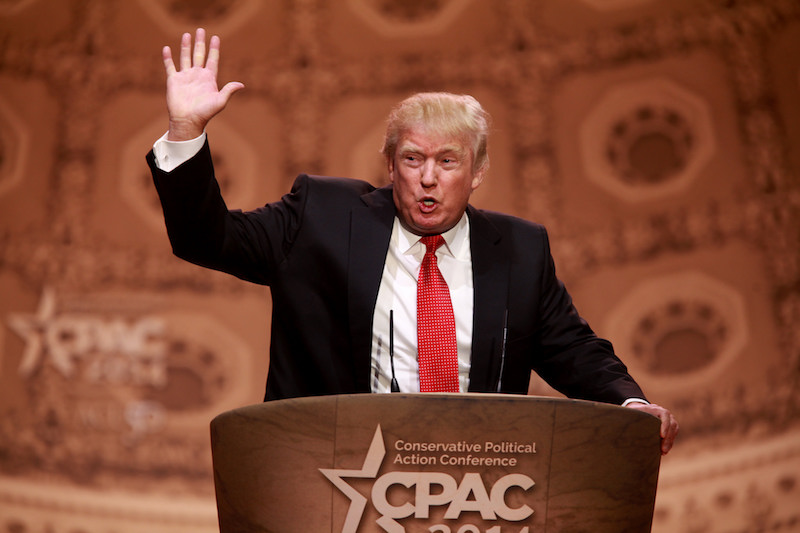 Imagine living during a time when immigrants bore the brunt of patriotic (sic) fervor: physically threatened, targeted by legislation, an easy scapegoat for working class frustration.

Surely I’m talking about 2016 AmeriKKKa, right? You know… a fascist police state that cynically exploits good vs. evil rhetoric in the name of furthering a global agenda.

Well, yes… there is definitely that, with Trump gaining momentum. But for this article, I’m referring to events that hit critical mass 73 years ago this summer -- during the reign of a liberal (sic) hero, Franklin Delano Roosevelt -- a time when it was not safe for a non-white human to own a zoot suit.

A misdemeanor offense
As the Good (sic) War progressed, young Mexican workers were welcomed into the United States in response to a worker shortage on the Pacific coast. Around the same time, some Latino youths began to dress almost exclusively in zoot suits.

A zoot suit has been described as such: “A very long jacket, flared at the bottom, with exaggeratedly padded, boxy shoulders, and pegged sleeves. The trousers are pleated at the waistline, cut very wide over the hips, and taper to such narrow bottoms that men with big feet have trouble slipping the pants on.” 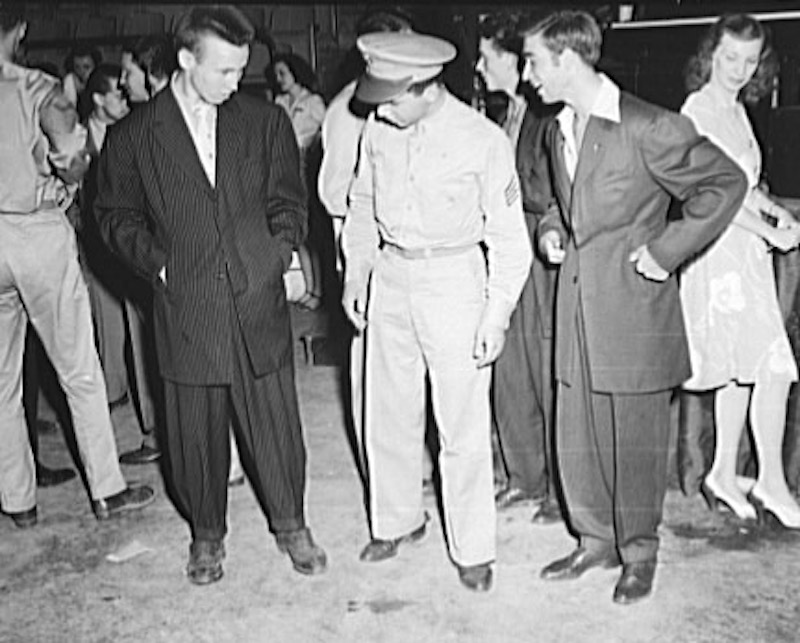 While the zoot suit eventually attained widespread popularity in mainstream pop culture, it also became a pejorative synonym for “Mexican” on the West Coast as some Americans took umbrage at what they chose to perceive as able-bodied young men “not helping to win the war.”

To the local white population of Los Angeles, the manufacturing of zoot suits was a glaring example of waste in a time that -- they were programmed to believe -- demanded sacrifice in the name of defending democracy (sic). This skewed perception inevitably led to racist violence, sparked by angry white soldiers on leave.

Black men were also dragged into the streets by soldiers and civilians, where they were stripped and beaten. The response of the Los Angeles City Council was classic Home of the Brave™ stuff. Rather than recognize and address the issues of racism and exploited labor, they simply made it a misdemeanor offense to wear a zoot suit!

“Mongrolization of the white race”
Lest anyone get the impression I’m cherry picking, please keep in mind that the racial climate during the Greatest (sic) Generation years was one of institutional intolerance even for those who “served” in battle.

For example, blood plasma collected from black soldiers was separated from that of white soldiers to avoid the “mongrolization of the white race.” This was openly done by the Red Cross with the full approval of the U.S. government. Ironically, the blood bank system was developed by a black physician, Charles Drew, who was initially put in charge of wartime donations but later fired when he spoke out against blood segregation.

Of course, WWII was allegedly being fought to prove that Hitler was wrong in his ideas of white Nordic supremacy over “inferior’ races,” yet the United States’ armed forces were (wait for it) segregated by race.

“When troops were jammed onto the Queen Mary in early 1945 to go to combat duty in the European theater,” historian Howard Zinn explained, “the blacks were stowed down in the depths of the ship near the engine room, as far as possible from the fresh air of the deck, in a bizarre reminder of the slave voyages of old.”

It did happen here
The media-fueled rise of Trumpism has re-emboldened racists and white supremacists all across God’s Country™. To view this phenomenon as some form of low brow entertainment spectacle is to betray one’s lack of historical context. For some Americans to flippantly talk of moving to Canada is a betrayal to all those without the resources to leave or fight back or earn justice. To trot out the classic “it can’t happen here” is to ignore that it’s already happened here many times and, in some cases, never stopped happening.

Postscript: I say “Trumpism” because this mindset transcends any one man or one party. However, since Trump himself is precisely the kind of charismatic demagogue who can effectively mainstream and normalize such an agenda, I’ll end with this warning: Ignore him at your own peril.