Greatest Generation? What Happened 70 Years Ago Will Change Your Mind! | Mickey Z. 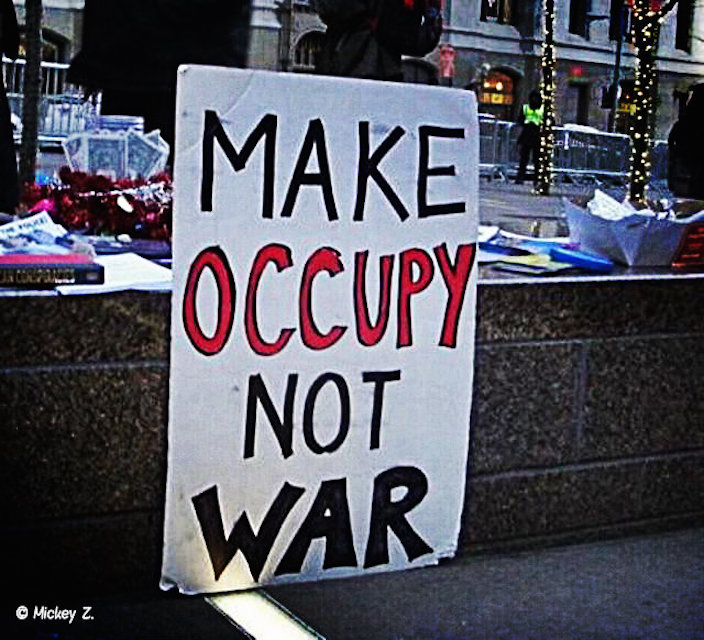 On the night of March 9-10, 1945, General Curtis LeMay, head of the Twenty-first U.S. Bomber Command, brought an all-American brand of hell into the Pacific theater of the Good (sic) War as his bombardiers laid siege on Tokyo.

Tightly packed wooden buildings were assaulted with 1,665 tons of incendiaries. LeMay later recalled that a few explosives had been mixed in with the incendiaries to demoralize Japanese firefighters (96 fire engines burned to ashes, 88 firemen died).

One Japanese doctor recalled “countless bodies” floating in the Sumida River. These bodies were “as black as charcoal” and beyond identification. The total dead for one night was an estimated 85,000, with 40,000 injured and one million left houseless.

This was only the first strike in a firebombing campaign that dropped 250 tons of bombs per square mile, destroying 40 percent of the surface area in 66 death-list cities (including Hiroshima and Nagasaki).

By design, the Tokyo attack area was 87.4 percent residential and it is believed that more people died from fire in a six-hour time period than ever before in the history of mankind.

Read that again: By design, the Tokyo attack area was 87.4 percent residential.

At ground zero, the temperature reached 1,800° Fahrenheit. Flames from the ensuing inferno were visible for 200 miles. Due to the intense heat, canals boiled over, metals melted, and human beings burst spontaneously into flames.

By May 1945, 75 percent of the bombs being dropped on Japan were incendiaries. Cheered on by the likes of Time magazine -- which explained that “properly kindled, Japanese cities will burn like autumn leaves” -- the U.S. bombing campaign took an estimated 672,000 lives, mostly civilians.

Radio Tokyo called such tactics “slaughter bombing” and the Japanese press declared that through the fire raids, “America has revealed her barbaric character.... It was an attempt at mass murder of women and children.... The action of the Americans is all the more despicable because of the noisy pretensions they constantly make about their humanity and idealism.... No one expects war to be anything but a brutal business, but it remains for the Americans to make it systematically and unnecessarily a wholesale horror for innocent victims.”

Rather than denying this, a spokesman for the Fifth Air Force categorized “the entire population of Japan (as) a proper military target.”

“We military men do not pull punches or put on Sunday School picnics. We are making War and making it in the all-out fashion, which saves American lives, shortens the agony which War is, and seeks to bring about an enduring Peace. We intend to seek out and destroy the enemy wherever he or she is, in the greatest possible numbers, in the shortest possible time. For us, THERE ARE NO CIVILIANS IN JAPAN.”

On the morning of Aug. 6, 1945, before the Hiroshima story broke, a page-one headline in the Atlanta Constitution read: 580 B-29s RAIN FIRE ON 4 MORE DEATH-LIST CITIES.

Ironically, the success of Curtis LeMay’s firebombing raids had effectively eliminated Tokyo from the list of possible A-bomb targets. There was nothing left to bomb…

LeMay was later U.S. Air Force chief of staff from 1961 to 1965 when he immortalized himself by declaring his desire to “bomb (the North Vietnamese) back into the Stone Age” and he also served as vice presidential candidate on avowed segregationist George Wallace’s 1968 ticket.

When asked about his role in the 1945 Tokyo firebombing, LeMay remarked: “I suppose if I had lost the war, I would have been tried as a war criminal. Fortunately, we were on the winning side.”

The men that devised and carried out the abhorrent attack described above are widely considered to be part of this country’s “greatest generation.” By any rational definition, these men are terrorists.

Never forget, comrades: This is what we're up against.

Greatest Generation? What Happened 70 Years Ago Will Change Your Mind! by Mickey Z. is licensed under a Creative Commons Attribution-ShareAlike 4.0 International License.
Based on a work at http://worldnewstrust.com/greatest-generation-what-happened-70-years-ago-will-change-your-mind-mickey-z.