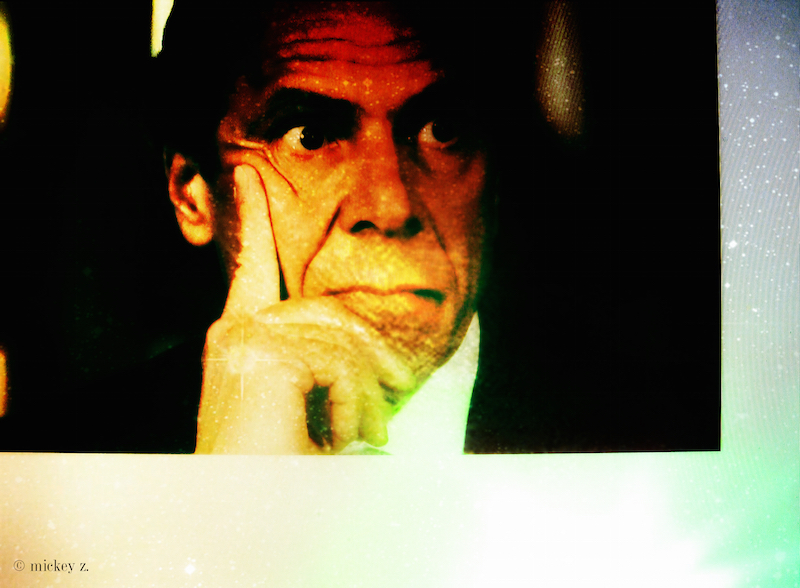 From these 11 words, we can first learn that New York Governor Andrew Cuomo doesn’t know the laws in his home state. (A 1992 decision by New York State's top court ruled women have the legal right to go topless, yet Cuomo recently declared, “I believe it’s illegal.”)

More importantly, we can also learn that Cuomo is afraid of nipples. Female nipples, to be more precise. Wait… who am I kidding? It’s not just fear, it’s hatred.

Cuomo -- like so, so, so many humans dwelling within the confines of a misogynist, male supremacist, patriarchal dominant culture -- hates women. (As does Newsday.)

Here’s what has everyone so riled up: Women wearing body paint instead of a shirt have joined the countless -- the seemingly incalculable -- characters hitting up tourists in Times Square to take a photo with them for money.

At Newsday, however, this late-stage capitalism tactic is presented as a “proliferation of topless women” (well within their legal rights, I remind you) who are “prowling” Times Square, “hustling” passersby.

Yeah… those same passersby gleefully lining up for photos.

Side note: No word yet from the corporate media on their feelings about the far more prolific sight of men wearing heavily-muscled costumes of Batman, Superman, etc. “hustling” tourists. (Don’t hold your breath.)

As misogynistic as such reporting is, New York’s governor took things further by labeling the painted women a “symbol of degradation” that is “infringing on legitimate businesses.” The outraged Cuomo called Times Square “a symbol of the renaissance of New York City” and subsequently claimed that a mere handful of women in body paint were denigrating what is “supposed to be a tourist attraction, family-friendly.”

To make certain no one would ever underestimate how much he fears nipples and hates women, the 57-year-old Cuomo dutifully reminded us, “Forty-second Street was a symbol of degradation in New York City and in New York State” -- an area, Newsday chimed in, that “had long been notorious for peep shows, sex shops, and drug dealing.”

It was men who conquered and deforested and paved Manhattan Island.

It was men who created the urban nightmare of Times Square.

It was men who turned Times Square into a rape culture hub of pornography, prostitution, and exploitation.

It was men who pushed such debasement underground and replaced it with gaudy temples of consumption.

It was and is men who practice necrophilia… but somehow it’s women -- a few of them wearing body paint -- who prowl and infringe and degrade those family values Gov. Cuomo holds so dear to his heart?

NAME THE PROBLEM: The painted women are not the hustlers. They are the superfluous, left adrift by a predatory economic system. The real hustlers are the taxpayer-subsidized corpo-criminals devouring everything in sight. It’s their game so they define the rules; they define freedom (sic) and choice (sic) and what passes for freedom of choice.

“Being female in this world means having been robbed of the potential for human choice by men who love to hate us,” wrote Andrea Dworkin. “One does not make choices in freedom. Instead, one conforms in body type and behavior and values to become an object of male sexual desire, which requires an abandonment of a wide-ranging capacity for choice.”

In such a corrupt and rigged environment, a small group of women made a choice to legally expose their breasts to an increasingly leering and lecherous general population and conveniently, they’ve become the scapegoats. Yes, they made a choice to earn money this way but it was a choice made from an ever-dwindling inventory of options.

“Men too make choices,” Dworkin concluded. “When will they choose not to despise us?”

"Governor Cuomo is Afraid of Nipples" by Mickey Z. is licensed under a Creative Commons Attribution-ShareAlike 4.0 International License.
Based on a work at https://worldnewstrust.com/governor-cuomo-is-afraid-of-nipples-mickey-z.