Why Zuck is Betting on Social Collapse | umair haque 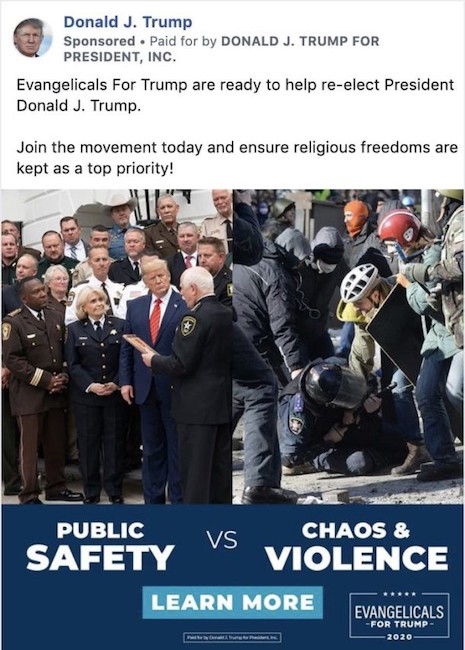 July 27, 2020 (Eudaimonia & Co) -- In case you haven’t noticed, Facebook appears to give zero effs about preserving the integrity of the next election. And that’s a very bad sign, because one of they key ways Trump is going to steal the next election is with a little help from his friend Zuck, spreading every kind of toxic, malign, idiotic bullshit to his Army of Idiots on Facebook, with a little more help from his friends in the Kremlin, who kindly helped him do the job last time around.

It shouldn’t be controversial to say, by the way, that “Zuck doesn’t care about democracy.” Facebook’s been accused of everything from fueling genocide to aiding authoritarianism. Fuelling genocide. Think about that for a second.

The Nazis owned the platforms they used to spread propaganda. They had to drop leaflets from planes. Facebook, on the other hand, is a willing enabler owned with an iron fist by this weirdly sociopathic dude in a hoodie, the kind who might conceivably have been an incel if destiny had barely twisted another slight way. The last few years have seen a wave of brutal, vicious hard-right authoritariansim spreading globally, from India to Brazil to of course America — and without Facebook to be the platform of gleeful choice of authoritarian political parties and demagogues the world over that wave world have been much, much smaller.

So. Why doesn’t Zuck care about democracy? What the hell is wrong with him? After all, every sane and decent person does and should. Nobody should have the repellent values of a Zuck.

The answer’s very simple, you probably already know it, and it’s every bit as distressing as you think it is. Check out this article by John Naughton, which notes that Facebook “embedded” teams with hard-right authoritarian campaigns, teams which effectively ran their messaging. Now, you might say, it offered that to the left as well. Wait — don’t make the mistake of equivalence. Helping craft political ads that demonize and dehumanize and spread brutality and violence is not the same as fighting against it — or even saying, “Sorry, no, we won’t and don’t do that.” When you do things like help authoritarian-fascists spread hate, you are actively complicit.

So what’s the deal? Why is Facebook so complicit in this global wave of authoritarian meltdown that it’s become a punchline at this point? There’s a person who works at Facebook that I see regularly. I won’t say where, so they don’t face internal consequences. I say: “How’s life at the evil empire?” They chuckle ruefully. It stings — because it’s so true that it’s undeniable. Facebook is up there with Big Oil for most evil corporations in the world. Big Oil killed the planet — Facebook is killing democracy.

And it’s about to do so again. There’s no indication whatsoever that Facebook is going to ensure the integrity of the next American election — by, say, cracking down on disinformation, vetting hate speech, blocking bad actors, and so forth. In fact, it’s said it will do as little as possible. What the? Why doesn’t Zuck care about democracy?

The answer is exactly what you think it is. Money. Money and power. What else has it ever been, when it comes to dudes like Zuck, and the sad, pathetic betas who do their bidding?

Let me explain all that, because there are a few things you should know.