Why are men stronger than women? The answer may surprise you | Mickey Z. 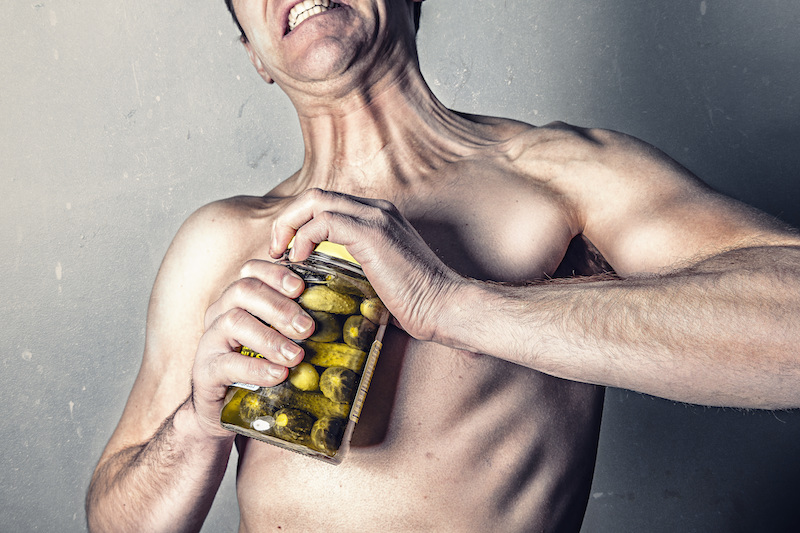 Recently, a group of Aymara women amazed the world by doing something unexpected. They not only took on the 19,974-foot high Huayna Potosi Mountain in Bolivia but did so while dressed like, um… well, women (read: traditional Aymara clothing). This got me thinking about the carved-in-stone “reality” that the vast majority of men are supposedly bigger, faster, and stronger than the vast majority of women.

We’ve all heard the immutable biological factors -- skeletal structure, testosterone, lung capacity, etc. -- but absent from most discussions is the possibility that a social construct like, I don’t know, maybe patriarchy is playing a role. Could our beliefs be causing us to make girls smaller, slower, and less powerful?

In a 2009 Newsweek article, Sharon Begley wrote about a study in which mothers were asked to estimate how steep a slope their 11-month-olds could crawl down. “Moms of boys got it right to within 1 degree,” Begley explained, but “moms of girls underestimated what their daughters could do by 9 degrees, even though there are no differences in the motor skills of infant boys and girls.” (emphasis added)

She wondered if this prejudice may cause parents to unconsciously limit their daughter's physical activity. How we perceive children -- sociable or remote, physically bold or reticent -- shapes how we treat them and therefore what experiences we give them,” wrote Begley. “Since life leaves footprints on the very structure and function of the brain, these various experiences produce sex differences in adult behavior and brains -- the result not of innate and inborn nature but of nurture.”

It’s widely held that a window of opportunity exists for a human child to acquire the efficient and effective use of spoken language. Such windows exist for other forms of development.

"These ‘windows' are neurological wiring timetables," says Pam Schiller, an early childhood consultant. "As a parent, you're laying the foundation for a lifetime of learning," she adds. "Wiring outside a window will not result in optimal learning opportunities.”

We also believe, at least anecdotally, that the mastery of diverse activities from chess to ballet to musicianship to mathematics to gymnastics requires a rigorous and early start.

Let’s recap: We know some women will break the mold when given the chance. We know about the proven and perceived windows of learning opportunity We know about well-meaning parents inadvertently stifling their daughters’ growth. We also know about the pervasive presence of patriarchy.

While you ponder this, I’ll add the most important possibility of all: The repressive gender roles proscribed and imposed by patriarchal dominance are consciously designed to keep women smaller, slower, weaker, and in need of male protection (especially when combined with restrictive fashion).

Before you cite this study and that textbook to mock my line of inquiry, please allow me to pre-empt your sexist science and phallocentric facts with a question or three: What could be the downside of encouraging girls to reach their physical potential? Are you satisfied with the way girls and women are currently treated as a class? What are you afraid of?

If you wish to encourage all children to explore and reach their truest potential, free of the totalitarian tenets of gender and male supremacy, it’s time we join together to abolish the patriarchal construct of gender before it’s too late.

"Why are men stronger than women? The answer may surprise you." by Mickey Z. is licensed under a Creative Commons Attribution-ShareAlike 4.0 International License.
Based on a work at https://worldnewstrust.com/why-are-men-stronger-than-women-the-answer-may-surprise-you-mickey-z.