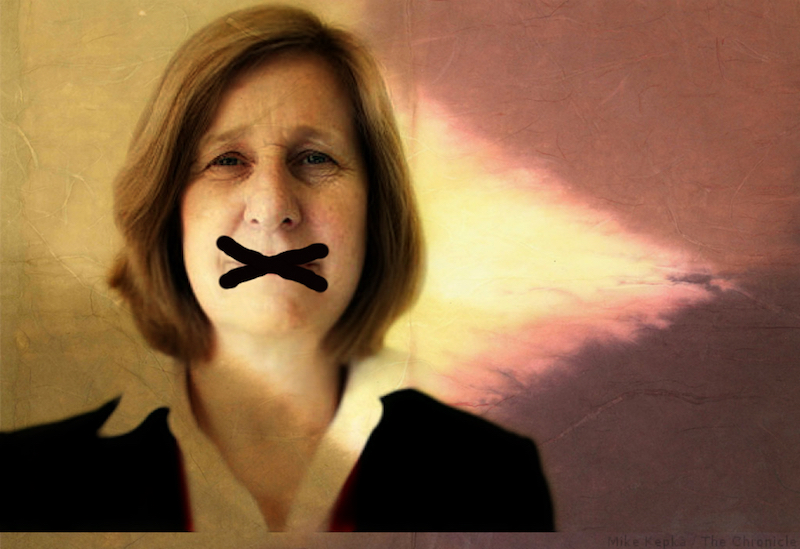 Being an ally, accomplice, or fellow traveler requires a fundamental understanding that disagreement is not the same as oppression or violence. If a particular activist contingent will tolerate nothing less than marching in lockstep, well, that’s not solidarity or ally-ship. It’s thought policing.

Which brings me to a situation involving my friend and comrade, Cindy Sheehan -- someone who has connected with an astonishing array of dissident individuals and groups.

“I have worked with groups from the spectrum of revolutionary communists to ‘free-market’ capitalist libertarians,” explains Cindy. “There are some groups I have worked with that I only affiliate with on very narrow parameters because they have proven to be there more to support Democrats than oppose U.S. imperialism. We anti-imperialists are fewer in number, so it's weird that the ‘far-right’ and ‘far-left’ are meeting better on what I consider to be bedrock issues than with other groups I have worked with.”

I last interviewed Cindy in 2010 and was planning to do so again soon. When I recently learned she was being targeted by a new disinformation campaign, I knew the time was right.

Mickey Z.: Lots of people only know you as "anti-war" and me as "vegan" but we each do activist work far beyond any one category. Recently, I noticed we've both begun to focus on male supremacy and "male pattern violence" as the core -- the foundation, if you will -- of all oppressions. Would you agree with that appraisal?

Cindy Sheehan: I think this male pattern violence is the root of both of our foci. It is true that there are some women who are in high positions of "power" in this patriarchal paradigm, but it seems that most of the time, they are worse warmongers than the males because they feel like they have to prove that they can murder without conscience, also. Male supremacy is also the least recognized or talked about because almost every single institution is dominated by this male energy and the females who support it.

MZ: I find it amazing and so damn frustrating to realize that so much of my writing, public speaking, street activism, photography, etc. has not focused on this root. You might even say that by missing the foundation, I helped support it. Even so, it’s liberating and motivating to finally recognize the deepest connections and re-focus my energies.

CS: Not too long after I left Camp Casey in August of 2005, I was speaking somewhere about matriarchy and patriarchy and I was confronted by the (then) president of Veterans for Peace (VFP) who told me that I shouldn't be speaking about this issue because it will "marginalize" me and piss off half of the movement. What is amazing that so-called aware and awake activists are still stuck in this mindset in the 21st century. We should not still be wandering in the wilderness at his point or having to defend ourselves against sexist attacks for speaking up for the safety of women and girls.

MZ: Which brings us to the topic at hand. Can you explain what recently happened with VFP and how it’s impacted you?

CS: It started when this letter by the Women’s Alliance was brought to my attention. In it, the authors declare: “Veterans for Peace is aligning itself with a belief system that says that we, as women, are the bigots. VFP is rising up against ‘transmisogyny’ (a term not defined in your statement), but ignores male on female hate speech and violence completely bypassing the matter of misogyny.”

It was based on a new statement by Veterans for Peace on transgender politics in which VFP “affirms the rights, humanity and identity of trans and gender diverse people and will not accept trans-phobic or trans-misogyny behavior or remarks.”

I made a comment supporting the writers of the Women’s Alliance letter, and immediately began to be attacked for my mild support. So, I had the authors of the letter on Cindy Sheehan's Soapbox and got the most hits for any show I have done recently. To be fair, most of the response has been positive and grateful for the show.

MZ: Have other women reached out to you?

Yes, for example, I was asked to sign a letter of midwives to the licensing org which has changed all of its materials at the bullying of the trans community to exclude the words: breastfeeding, mother, and woman.

Breastfeeding has to now be called "chestfeeding" because the other term that's been around for centuries offends women transitioning to male who have had mastectomies yet get pregnant. Women, woman, or pregnant must now be called: Pregnant partner and birthing individual.

Incredibly misogynistic to deny women the very thing that our biology makes us uniquely suited for.

MZ: I’ll assume your stance has inspired more than a few personal attacks in response.

CS: Once I supported Lisa Blank, Cheryl Biren, and Anita Stewart in their quest to get answers from Veterans for Peace as to their transgender-related rules and to define some terms it used, I was immediately attacked.

I have been told many times that I am "on the wrong side" of this issue, that I am "transphobic," that I am a “TERF,” that my support for my three friends means that I have made the entire "antiwar movement" irrelevant and anything I did for Private Manning is also irrelevant because I deny Private Manning her "womanhood."

I have also been told that Caitlyn Jenner is more of a woman than I am. The trans-bullies (as I call them) obviously only support the "ideal" of a woman in this culture and can't even wrap their minds around being gender abolitionists nor around male supremacy and why that prevailing paradigm is so dangerous.

MZ: In other aspects of social justice activism, comrades can agree to disagree but in this case, you are being smeared and ex-communicated for owning a differing opinion. But, to state what should be obvious, let’s be clear: It’s quite possible, of course, to support transgender issues while not agreeing with every aspect of trans politics/queer theory.

MZ: You’ve said, “The one thing gender politics refuses to acknowledge or analyze is class.” Can you elaborate on this?

CS: How many poor women can afford the surgeries and hormones? Just like back alley abortions, it is a class issue. Then again, women have always been second class citizens, and here in 2015, that is still true. Women still are paid less than men in the workplace and women are still not equal under the law. For example, the Equality Act of 2015 is being rushed through Congress, a bill which would give transgender women equality under the law before biological women get it.

For a long time, female members of VFP have been pushing for a statement about women and women veterans, and the answer is that it is not necessary, but within three weeks of bullying, VFP had a zero-tolerance for "transmisogyny" up on its website.

VFP (seems I am picking on them) recently instituted a program: "Peace at home, peace abroad" which is great and addresses police brutality and other issues, but leaves out the most prevalent one (especially among veterans) and that is domestic violence.

It seems to be still socially acceptable to tell demeaning jokes about women, because, unfortunately, some women still laugh and tell others to "lighten up." It's sad, that in the 21st century, women still have to struggle to break free of our second class status.

MZ: How do you believe we can join together to fight for social justice, educate about the upcoming elections, work to save the environment, struggle against militarism, and expose patriarchy while under threat of silencing and thought policing?

CS: I don't know if I have shared this with you, but everyone I have come into contact with lately (those doing real, revolutionary grass-roots work) are all having the experience of being bullied by transgender activists. From struggles in small southern towns to Black Lives Matter movements around the country, transgender bullies are moving in with their “our way or the highway” approach.

To bully people who would stand with them in their right to safety and to be whomever they wants to be and to tear apart movements for their own narrow identity politics ends is counter-revolutionary.

I would just say "ignore them" and move forward, but the minority is hellbent on infringing upon the rights of the majority (biological women) using very abusive tactics. Like you said, with others most of the time we are able to put aside differences to work together on confronting fascism and I say we have to continue that strategy.

In fact, I heard from a young gay man that after he listened to the show I did on male supremacy, he has become a "gender abolitionist" when he was not before. We are having a good effect on people. One at a time, if necessary.

I would just encourage people to listen to the show: Confronting Racism on the Left at Cindy Sheehan's Soapbox.

MZ: Bringing it back to where we started: where will your holistic brand of activism take you next? What’s on the horizon for you in terms of focus, actions, talks, etc. and how can readers follow your work and/or get in touch?

CS: I am still producing Cindy Sheehan's Soapbox on a weekly basis and published a book this year called: The Obama Files: Chronicles of an Award-Winning War Criminal.

Since March, though, I have been concentrating on helping my sister recover from and be cured of breast cancer (will the trans-bullies soon demand to start calling it "chest cancer”?). She has the rarest and most aggressive form of breast cancer which has metastasized. As aggressive as her cancer is, we are being more aggressive and recently learned the large tumor she had on her breast is completely gone!

With the next episode of bourgeois elections approaching, I see we will also have to be aggressive in exposing the empire and Capitalism every chance we get.

Thanks for the conversation, Mickey! As far as I know (as of late September), VFP and the Women’s Alliance have not come to a meeting of minds over the transgender statement. I will keep you posted!

"Who’s Trying to Silence Cindy Sheehan?" by Mickey Z. is licensed under a Creative Commons Attribution-ShareAlike 4.0 International License.
Based on a work at https://worldnewstrust.com/who-s-trying-to-silence-cindy-sheehan-mickey-z.