When Zombies Invade, Who Do You Want for President? | Jeffrey Goldberg 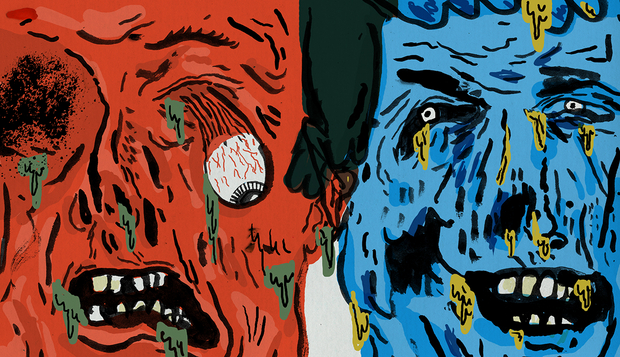 Nov. 5, 2012 (Bloomberg) -- And so we are finally here, and not a moment too soon. Every insult has been hurled, every fact misrepresented; positions have been shifted and ventilated and dissected and caricatured.

We know, more or less (less, in the case of one candidate) where the next president will come down on critical issues such as health care, taxation, deficit spending and Iran.

But there is one question -- a question of surpassing, even existential importance -- that was the subject of not a single debate question or policy paper: Which candidate, Mitt Romney or President Barack Obama, would be better equipped to save civilization in the face of a global zombie uprising?

The mother of all 3 a.m. phone calls would begin like this: “Mr. President, very sorry to wake you, but it seems that a devastating pathogen has reanimated the dead and turned them into cannibals, and now they’re feasting on the living, especially in the swing states of Ohio and Virginia. Would you like me to assemble those members of the Cabinet who aren’t eating their deputies?”