What We Need -- and Don’t Need -- From Government in the Robot Age | Michael R. Bloomberg 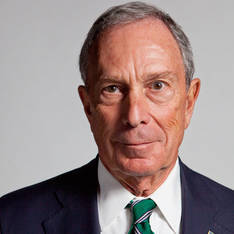 June 22, 2017 (Bloomberg Businessweek) -- Capitalism has brought opportunity to billions of people around the world and reduced poverty and disease on a monumental scale. Driving that progress have been advances in knowledge and technology that disrupt industries and create new ones. We celebrate market disruptions for the overall benefits they generate, but they also present challenges to workers whose skills are rendered obsolete.

Today, as the age of automation affects more industries, those challenges are affecting more and more people. Attempting to slow the pace of technological change to preserve particular jobs is neither possible nor desirable, and there may be no better example than in the energy industry.

In the 1920s more than 800,000 Americans worked in the coal mines. Many developed debilitating and deadly health problems. In 2008 national coal production peaked, yet technology had cut the number of jobs by 90 percent.

Today, as consumers turn to cleaner and cheaper sources of energy, the societal benefits are widespread: Deaths from coal pollution have dropped 40 percent, and jobs in the renewable energy industry have soared. But this trend has also left coal miners, whose numbers have dwindled, in difficult positions, particularly since their employers have been walking away from their pension and health-care obligations.

We can both embrace the societal benefits of technological change and confront the challenges it poses for individual workers and their communities -- but only if we expect government leaders to look forward instead of backward and to develop effective responses rather than pitting groups against one another.

There are no panaceas, including the idea that the wealthy should pay more in taxes, with the money redistributed to support those who lose jobs -- which I’m not averse to, if the money is spent wisely. But work is an important part of what gives our lives meaning and direction. Giving people a check isn’t the same as giving them an opportunity to pursue their ambitions and fulfill their potential. Industriousness, and the chance to shape your own destiny, has always been a critical part of what’s made America an exceptional nation.

Finding more ways to reward and encourage work will be essential to coping with automation. The Earned Income Tax Credit is one way to do that. It’s effectively a wage subsidy for low-income earners -- and expanding it, or using other subsidies to encourage employment as we do with investment, may become increasingly necessary.

It may even be that governments will experiment with direct employment programs, putting Americans to work performing jobs that produce some public benefits, however limited. Whatever the approach -- and all have their costs -- keeping working-age adults in the labor market, rather than them sitting at home, is a goal worth pursuing.

Disruption from automation will also have an impact on Americans’ health. Some 150 million Americans get health insurance through their work. Employer-sponsored health insurance is an accident of history -- businesses began offering the benefit as a way around World War II wage controls -- and the Affordable Care Act left the system largely in place. One way to mitigate the harmful effects on workers who lose their jobs would be to de-link health insurance from employment to ensure that everyone can receive care when they need it, including when they are between jobs or unable to find one.

We will also have to rethink our approach to education, which follows an antiquated model: School years are based on an agricultural economy that required children to work the fields during the summer months. Education laws stifle innovation and parental choice. And vocational training programs are based on an industrial past, turning off many students who might opt for such programs and often leaving those who do enroll ill-prepared for careers.

At the same time, community colleges too often saddle students with debt without doing enough to ensure they earn a degree and marketable skills. And continuing education and training programs, which could help save adults from getting locked out of the evolving labor market, are often divorced from the needs of employers.

There will always be politicians making promises the market won’t allow them to keep. But to spread the benefits of the age of automation far and wide, we’ll need more cooperation among government, business, education, and philanthropic leaders.