What Tony Robbins taught me about activism | Mickey Z. 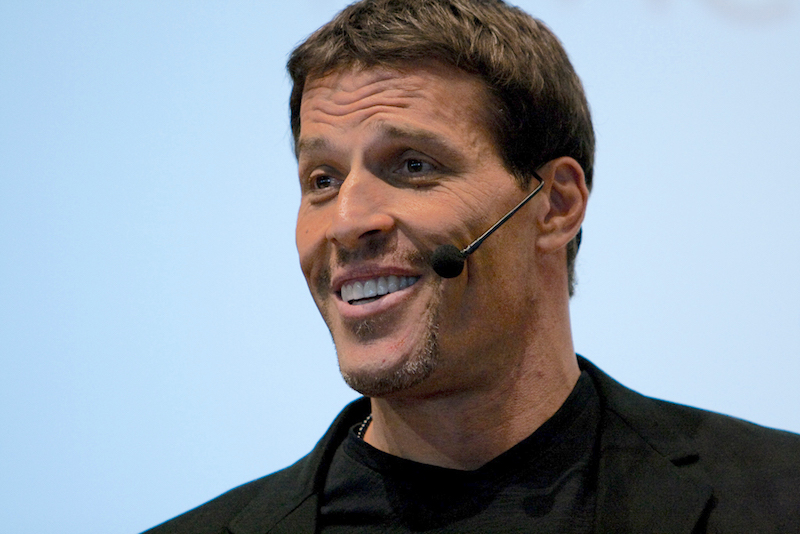 Only recently did I finally marshal the courage to begin seriously challenging the “activist vow of poverty.” You know, when money is evil and you have to prove your hardcore status by living in a scarcity mindset (especially when you’re a white dude). Here’s more about what I gave up to be an “activist.”

For example, I don’t own a TV and haven’t owned one for a very long time. When I tell people this, they often ask if I “at least” watch movies on Netflix.

Netflix? Me? Are you kidding? I can’t afford that! Besides, what self-respecting dissident would be caught dead wasting time on something trivial like a movie when there’s a revolution to be fought? I’d be the laughing stock of the radical set… and we just can’t have that.

My Date with Destiny
It was November 2016 when I suddenly recognized I wasn’t “too poor” to try Netflix. I signed up, logged on, and browsed (surprise, surprise) the documentaries. That’s when I noticed something called I Am Not Your Guru, a doc about Tony Robbins.

I doubt you’ll be stunned to hear that I’ve looked down my nose at Robbins and his ilk without ever taking time to listen to any of them. What compelled to watch this doc is unclear, but wow… I’m glad I did. Not only did I weep my way through the movie but I soon found myself watching videos and reading books by Robbins and a slew of other motivational speakers.

Beyond that, I hesitate to offer more specifics… yet. Instead, I will simply state for the record: One of the most powerful acts of rebellion I chose in 2016 was trying Netflix and stepping out of my comfort zone to give Tony Robbins a chance.

Yes, he and all the other male motivators are frighteningly, dangerously clueless when it comes to privilege. In fact, I’d straight-up say they owe much of their fame to how effectively they spread the lie of an even playing field. Yet, somehow… this glaring blind spot doesn’t change the reality that many of the lessons they regularly share are universal and timeless.

If you compare my pre-Netflix articles with my more recent writing (links above), you’d have a clue how intensely Robbins and the others like him have opened my mind and freed my spirit.

Activist Tip #1: Trust Tony when he says, “Life is a gift, and it offers us the privilege, opportunity, and responsibility to give something back by becoming more.”

Activist Tip #2: Making money is not inherently bad. Not even close. Earning money will enrich your life and put you in position to create the biggest impact. Buying into the lie that pursuing money makes you a “sell out” is one of the biggest reasons why “activism” has failed so tragically and will continue to do so.

Now or Never
I willingly and proudly fell into the activist vow of poverty trap. Being born with the easy potential for success led me to constantly virtue signal my poverty (which has been dangerously real). I often imagine how much more I (and so many others) could’ve done in the name of justice if only we would’ve maximized our earning potential and used our power strategically.

All I can do now is pledge to rapidly make up for lost time.

Mickey Z. is currently writing two books, a political memoir called How to Change Minds & Influence the Future: Rebuilding Activism From the Ground Up (Microcosm Publishing) and a novella entitled stain red. In the meantime, he can be found here.

What Tony Robbins taught me about activism by Mickey Z. is licensed under a Creative Commons Attribution-ShareAlike 4.0 International License.
Based on a work at http://worldnewstrust.com/what-tony-robbins-taught-me-about-activism-mickey-z.