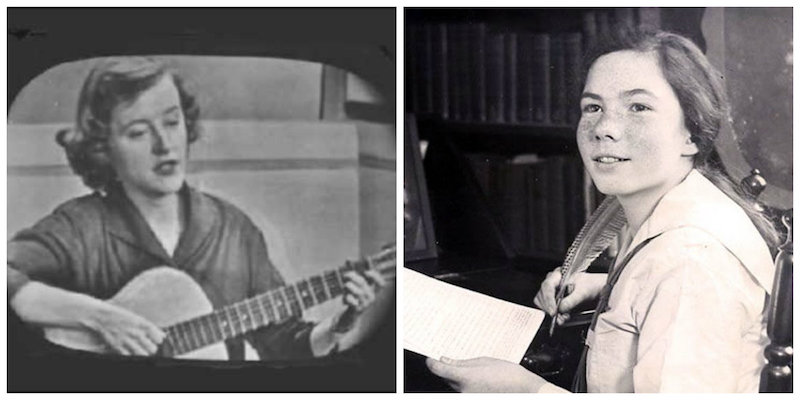 When a talented man disappears, it’s the stuff of legends. For example, writer J.D. Salinger and chess master Bobby Fischer each spawned cottage industries simply by walking away at the peak of their powers. Pop culture never tires of such stories -- as long as the vanished person is male, that is.

Disappeared women? Not so much.

Bob Dylan moved to Greenwich Village in 1961 and, in no time, was heralded as a singing-songwriting pioneer. But, seven years earlier, Elizabeth “Connie” Converse had already introduced this genre to mainstream America via an appearance on Walter Cronkite’s CBS morning show.

Born in 1924 New Hampshire, Converse was an A-student who eventually turned her back on her strict Baptist upbringing to move to New York City. She wrote and performed her own songs. She got rave reviews and attracted supporters but eventually grew tired of the rejections. The male-dominated world of music was simply not going to affirm a trailblazing female singer-songwriter. Connie moved to the midwest in 1963 and in 1974, she simply vanished. It took 10 years before anyone hired a private investigator to look for her (in vain).

In 2004, a few recordings of Connie Converse were made public. Five years later, 17 tracks were released as an album entitled, “How Sad, How Lovely.” Reviews were universally positive, citing Converse’s songs as being well ahead of their time. She often wrote and sang about uniquely female experiences along with touching on themes of sexuality and individualism.

“Converse wrote and sang long before singer-songwriter was a recognized category or style,” said music historian, David Garland. “But everything we value in singer-songwriters today -- personal perspective, insight, originality, empathy, intelligence, wry humor -- was abundant in her music.”

When Connie Converse disappeared in 1974, no one even looked for her. To this day, we still don’t know what happened. Have you ever heard of Connie Converse?

Barbara Newhall Follett was a child prodigy novelist also born in New Hampshire -- a decade earlier than Converse. In January 1927, when Follett was still just 12 years old, she published her first novel, The House Without Windows to wide praise. This was followed just one year later with the critically acclaimed novel, The Voyage of the Norman D.

That same year, Follett’s father suddenly left her mother for another woman. This emotionally devastated the 14-year-old writer and forced her to take a job to help support the family as the Depression hit. She wrote more manuscripts in her life but her limited-by-society moment had passed. By age 19, Follett was unhappily married to a man named Nickerson Rogers, living in obscurity in Massachusetts.

Six years later, the 25-year-old Follett allegedly walked out on Rogers after an argument. He didn’t report her disappearance for two weeks and then claimed his wife had left with only $30 in her pocket. It would be another four months before the local authorities got around to posting a missing person’s bulletin. It was issued under the name “Barbara Rogers” and thus went unnoticed by the media. Follett’s disappearance was not officially reported in the press until 1966.

The vanished novelist’s mother was suspicious that her son-in-law made no effort to find his missing wife but did not speak to authorities about this concern until 1952.

Barbara Newhall Follett saw her brilliant career derailed by her father’s betrayal and when she disappeared 11 years later, it didn’t even make the news.

Have you ever heard of Barbara Newhall Follett?

“Male supremacy is fused into the language, so that every sentence both heralds and affirms it,” wrote Andrea Dworkin. “Men have defined the parameters of every subject.”

Men have defined women like Converse and Follett to be less interesting, less talented, and thereby less worthy of our time and attention. Their disappearances have curiosity value but it’s not as if anyone will write a book or produce a film about them. This is not a trivial point. For if ensuing generations never learn to herald and affirm the stories of women and girls, our shared language becomes even more fused with male supremacy. In the process, the tacit lessons grow more deeply entrenched as the empowering tales of women vanish without a trace -- like the women themselves.

What happened to Connie Converse and Barbara Newhall Follett? by Mickey Z. is licensed under a Creative Commons Attribution-ShareAlike 4.0 International License.
Based on a work at https://worldnewstrust.com/what-happened-to-connie-converse-and-barbara-newhall-follett-mickey-z.