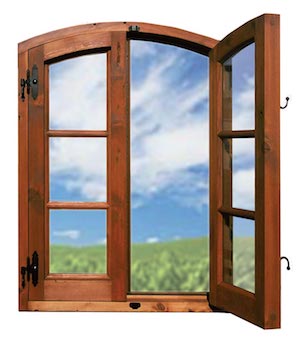 The disgrace of America’s putative intellectual class is nearly complete as it shoves the polity further into dysfunction and toward collapse.

These are the people Nassim Taleb refers to as “intellectuals-yet-idiots.” Big questions loom over this dynamic: How did the thinking class of America sink into this slough of thoughtlessness? And why -- what is motivating them?

One path to understanding it can be found in this sober essay by Neal Devers, The Overton Bubble, published two years ago on TheFuturePrimaeval.net -- a friend turned me on to it the other day (dunno how I missed it). The title is a reference to the phenomenon known as the Overton Window. Wikipedia summarizes it:

The Overton Window, also known as the window of discourse, is the range of ideas the public will accept…. The term is derived from its originator, Joseph P. Overton (1960-2003), a former vice president of the Mackinac Center for Public Policy....

The Overton Window is a concept in political sociology referring to the range of acceptable opinions that can be held by respectable people. “Respectable” of course means that the subject can be integrated with polite society. Respectability is a strong precondition on the ability to have open influence in the mainstream.

This raises another question: who exactly is in this corps of “respectable people” who set the parameters of acceptable thought? Primarily, the mainstream media -- The New York Times, The WashPo, CNN, etc. -- plus the bureaucratic functionaries of the permanent government bureaucracy, a.k.a. the Deep State, who make and execute policy, along with the universities which educate the “respectable people” (the thinking class) into the prevailing dogmas and shibboleths of the day, and finally the think tanks and foundations that pay professional “experts” to retail their ideas.

The Overton Window can be viewed as a mechanism of political control, demonizing anyone who departs from the consensus of respectable thought, and especially if they express their heresies in public speech. This has consequences.

The trouble with the Overton Window as a mechanism of political control, and with politicization of speech and thought in general, is that it causes significant collateral damage on the ability of your society to think clearly. If some thoughts are unthinkable and unspeakable, and the truth happens in some case to fall outside of polite consensus, then your ruling elite and their society will run into situations they simply can’t handle…. An unwise political elite is one incapable of thinking clearly about their strategic situation, acting in concert, or sticking to a plan…. An insecure political elite is one which has either no sufficient mechanisms of political power short of the politicization of speech and thought, or is faced by such powerful but somehow never decisively powerful enemies that they need to permanently escalate to a state of vigorous politicization of speech and thought. We can compare this state to “intellectual martial law” for its structural similarity to the physical-security equivalent.

We’re now living under that condition of “intellectual martial law.” The consequent degradation of thinking means that the polity can’t construct a coherent consensus about what is happening to it (or devise a plan for what to do about it). This is exactly the point where the Overton Window turns into an Overton Bubble, as described by Devers. The bubble comprises ideas that are assumed to be self-evident (though they actually aren’t) and notions that are potentially destructive of society, even suicidally so. Here is a partial list of the current dogmas and shibboleths inside today’s Overton Bubble:

That list defines the general preoccupations of the thinking classes today -- to the exclusion of other issues. Here is an alternative list of matters they are not generally concerned about or interested in:

Now, the question of motive. Why does the thinking class in America embrace ideas that are not necessarily, and surely not self-evidently, truthful, and even self-destructive? Because this class is dangerously insecure and perversely needs to insist on being right about its guiding dogmas and shibboleths at all costs. That is why so much of the behavior emanating from the thinking class amounts to virtue signaling -- we are the good people on the side of what’s right, really we are! Of course, virtue signaling is just the new term for self-righteousness. There is also the issue of careerism. So many individuals are making a living at trafficking in, supporting, or executing policy based on these dogmas and shibboleths that they don’t dare depart from the Overton Bubble of permissible, received thought lest they sacrifice their status and incomes.

The thinking classes are also the leaders and foot-soldiers in American institutions. When they are unable or unwilling to think clearly, then you get a breakdown of authority, which leads to a breakdown of legitimacy. That’s exactly where we’re at today in our national politics -- our ability to manage the polity.