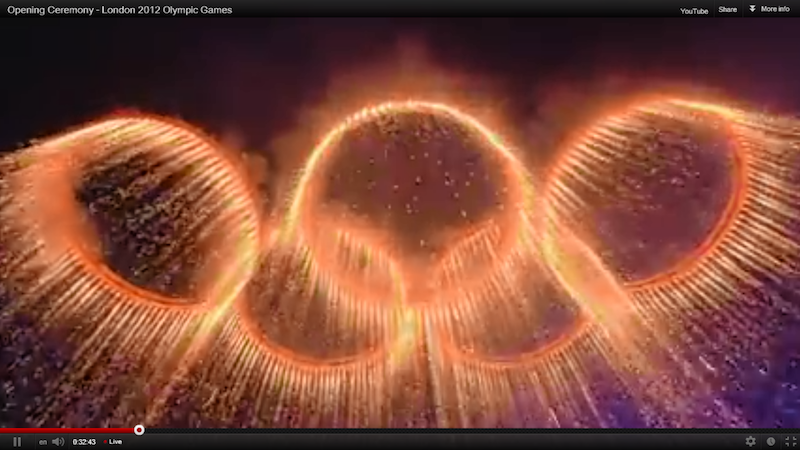 July 17, 2016 (PaulCraigRoberts.org) -- Washington and its Canadian vassal are trying to use a Western media-created Russian athletic doping scandal to ban Russian participation in the Olympic games in Brazil.

Washington and Canada are pressuring other countries to get on board with Washington’s vendetta against Russia. The vendetta is conducted under the cover of “protecting clean athletics.”

You can bet your life that Washington is not motivated by a respect for fairness in sports. Washington is busy at home destroying fairness to the poor, and Washington, which disregards the sovereignty of countries and international law against naked aggression, is busy abroad destroying millions of lives for hegemonic purposes.

We could conclude that Washington wants hegemony in sports just as it does in foreign affairs and wants Russian athletes out of the way so that Americans can win more medals. But this would be to miss the real point of Washington’s campaign against Russia. The “doping scandal” is part of Washington’s ongoing effort to isolate Russia and to build opposition to Putin inside Russia.

There is a minority known as “Atlanticist Integrationists” inside the Russian government and in the business sector that believes that it is more important for Russia to be integrated into the West than to be sovereign. This minority of Russians is willing to trade off Russian independence for Western acceptance. Essentially they are traitors who Putin tolerates.

With the ban on Russia’s participation in the Olympics, Washington is attempting to strengthen this opposition to Putin. Now the opposition can say: “Putin’s intransigence has kept Russia out of the Olympics. Putin has isolated Russia. We must cooperate (a euphemism for giving in) with the West or become an outcast.”

This is Washington’s game. The Olympic ban is directed at undermining Putin among Russians. “He kept us out of the Olympics!”

The Atlanticist Integrationists are willing to betray either Assad or Crimea in order to gain acceptance by Washington. Thus, Washington is working to strengthen its Russian allies.

Europeans are disturbed by Washington’s politicization of the Olympics. European Olympic Committee President Pat Hickey objected to Washington’s attempt to impose punishment “before any evidence has been presented. Such interference and calls ahead of the McLaren Report’s publication are totally against internationally recognized fair legal process and may have completely undermined the integrity and therefore the credibility of this important report.”

Hickey said that it is clear from the Washington/Canadian effort that “both the independence and the confidentiality of the report have been compromised.”

Hickey goes on to say:

“It is clear that only athletes and organizations known to support a ban of the Russian Olympic Team have been contacted.

“I have to question on what authority the USA and Canadian anti-doping agencies prepared their letter and what mandate they have to lead an international call for a ban of another nation in the Olympic family.

“Whilst I fully understand and share international concerns over the recent doping allegations, we cannot allow any individuals or groups to interfere or damage the integrity of fair and due legal process.”

Washington, of course, has no respect for due process in the United States itself, or in Afghanistan, Iraq, Libya, Somalia, Yemen, Pakistan, Syria, Ukraine, Honduras, Venezuela, Argentina, Brazil, Bolivia, Ecuador, or Great Britain, a vassal state told by Obama that it would not be permitted to leave the EU. Why would Washington be concerned that Russia be permitted due process?

In its report, the New York Times, the madam of the American media whorehouse, did not mention Hickey’s concerns.

The McLaren Report is supposed to be an investigation of the charge that the use of drugs by Russian athletes to improve performance is widespread and supported by the Russian government. Washington has too much money and too many threats for any report that can be used to discredit Russia to be honest. Read my report today about MH-17, or remember Washington’s description of an independent election in Crimea, in which the voters almost unanimously chose to rejoin Russia where the province had resided since the 1700s, as “Russian invasion and annexation.”

It takes a very brave person, such as Pat Hickey, to stand up to Washington, and we don’t know whether Hickey will succumb to Washington’s pressures, which most certainly now will be applied to Hickey.

Washington will continue to demonize Russia until a war is provoked or until the Russian government capitulates and accepts partial vassalage, betraying either Assad or Crimea.

Perhaps Russia and China should organize the Eurasian Olympics and leave the Western Olympics. As Washington has restarted the Cold War and is intent on driving it to the hot stage, the competition can be over how Latin American and African countries align. If they are free to choose, it is unlikely that Africans and Latin Americans would join the racist Western white man’s games.

We must wonder when the point comes that Russia and China cease just sitting there absorbing for the sake of peace endless affronts and provocations. When, if ever, that point arrives, the West will cease to be the arbiter of human affairs.