Was the 2016 election legitimate? It's now definitely worth asking the question |  Virginia Heffernan 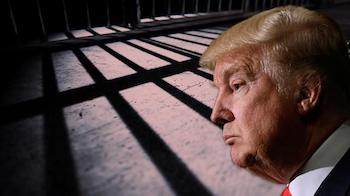 Credit: Talking Points MemoJuly 28, 2018 (Los Angeles Times) -- We need to talk about a forbidden subject: the legitimacy of the current president.

There’s been a code of silence around President Donald Trump’s shady victory in 2016. It’s one of those tiptoe-around-it things that the American family just doesn’t talk about. And with good reason. Whatever your politics, it’s perilous to question the soundness of an American election.

Raising the question of Trump’s legitimacy risks detonating a full-blown crisis of faith — kindling distrust not just in Trump, but also in the system that installed him.

But fear of facing the legitimacy question has not stopped Americans from harboring profound doubts, if only “deep down in places you don't talk about at parties,” in Aaron Sorkin’s phrasing from “A Few Good Men.”