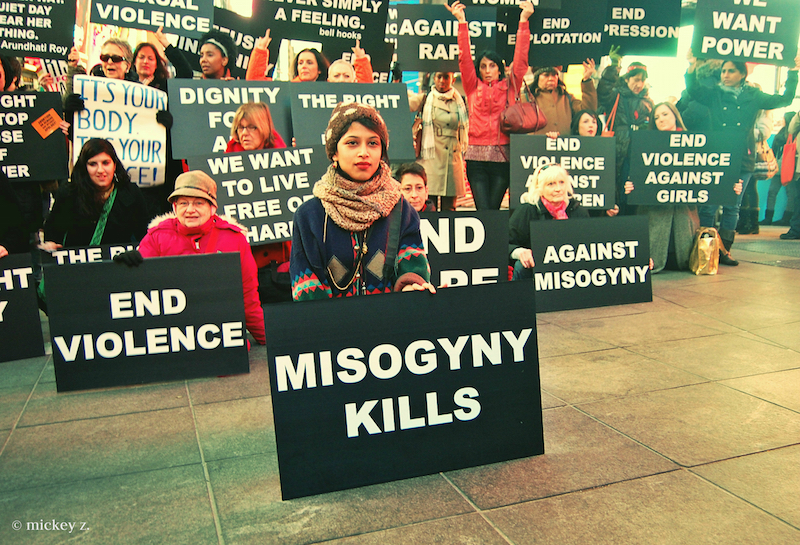 Every now and then, goddesses help me, I make the rounds of high- and low-profile vegan and animal rights social media pages. Without fail, I am greeted with a wide array of “humans suck” or “I only care about animals” posts. I guess many of these compassionate, ahimsa types take their cues from St. Gary of Misanthropy:

Vegans, if you actually want your “movement” to advance beyond intolerable fringe status, it might help to recognize that advocating for human extinction is not the most effective form of outreach.

In addition, you boast of your anti-speciesist status but, um…you’re publicly and consistently expressing contempt or even hatred for an entire species.

Most importantly, though, is what you’re not saying. Yes, the dominant culture is responsible for raining down 24/7 carnage upon all forms of life, but to lump all humans together without analysis or nuance is to ignore the foundation upon which all exploitation, oppression, and violence grows: male supremacy.

Vegans like to pronounce that “speciesism” is the root of all evil but to believe that is to reveal a rather tenuous grip on how the dominant culture was formed and continues to thrive. In other words, writing “humans are a cancer” on a post about animal abuse does not come close to naming the problem: Patriarchy and its two tentacles (white supremacy and capitalism) have unleashed the plague of Male Pattern Violence upon the entire planet.

The numbers are as shocking as they are real. The violence that rises virtually unchecked from a foundation of male/white/class supremacy and has brought us to the brink of collapse. Thus, recognizing and challenging Male Pattern Violence is the core work of all social justice movements. Without such context, we’re in Titanic/deck chair mode.

Oh, one more thing, vegans: I already mentioned how hating on humans is, by definition, speciesist. But since different types of plants are called “species,” and we happily grow and kill these plants to eat, well…isn’t that textbook speciesism?

"Vegan Misanthropy is Speciesist & Ignores Patriarchy" by Mickey Z. is licensed under a Creative Commons Attribution-ShareAlike 4.0 International License.
Based on a work at https://worldnewstrust.com/vegan-misanthropy-is-speciesist-ignores-patriarchy-mickey-z.