(Editor's note: I selected this story to provide some perspective to Ellen Brown's more recent story: "A Universal Basic Income Is Essential and Will Work." I don't claim to have any big answers, however, we want to take care of the least fortunate among us. --Francis) 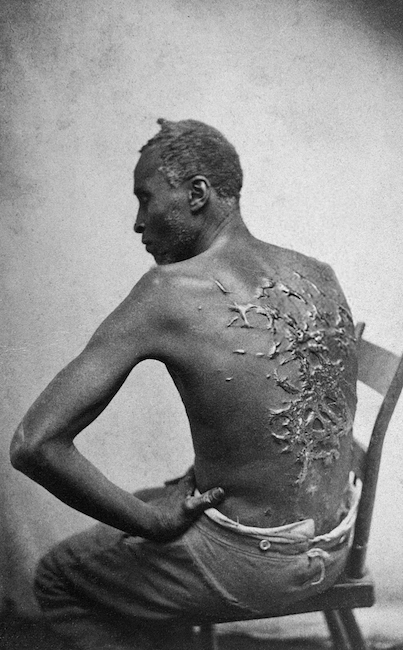 Scars of Peter, a whipped Louisiana slave, photographed in April 1863 and later distributed by abolitionists.

I am a Wall Street veteran and write on finance and economics
Jan. 19, 2019 (Forbes) -- This new Congress will almost surely hear about schemes to provide a universal basic income (UBI) -- the idea that the government would give each person a minimum monthly sum regardless of circumstances or need. UBI has gained considerable popularity of late, certainly among left-leaning politicians but also among several celebrity business people in Silicon Valley and elsewhere.

Though UBI proposals come in many shapes and sizes, all share certain justifications. Prominent among them, not surprisingly, are claims that it would reduce poverty. Proponents have made an easy calculation from government statistics to show that a generous stipend of $3,000 a month for each adult in the country would cut the nation’s poverty rate in half.

A stipend of $250 a month for each child would reduce child poverty some 40 percent. UBI, proponents claim, would break the cycle of dependency among the disadvantaged, giving them time and money at last to seek the training and higher education they need to climb the economic ladder. Some of the more starry-eyed among those Silicon Valley billionaires behind the proposal add that UBI would help bring on a cultural revolution by allowing people time from toil to “contemplate the meaning of life." 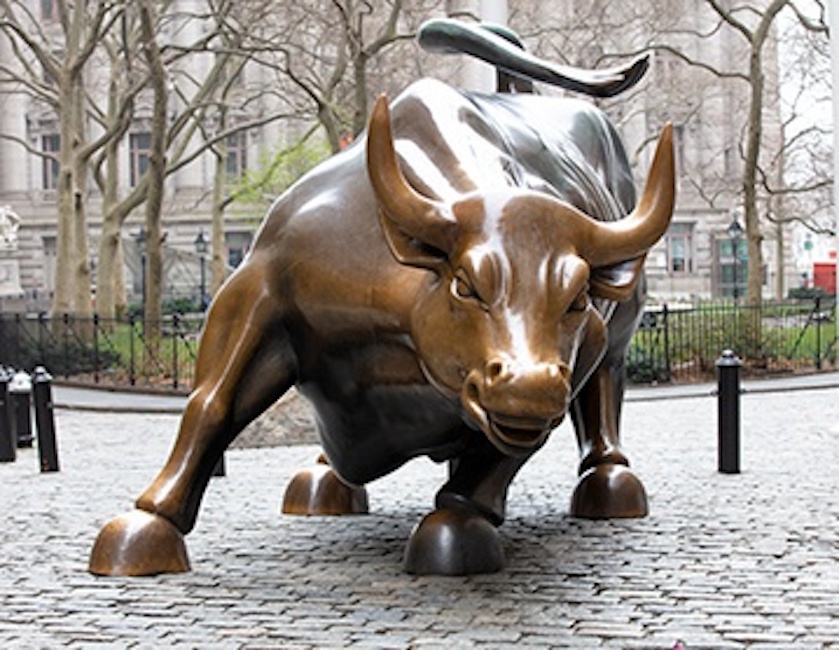 This is a photo of the Charging Bull by Arturo Di Modica with no people around it during the 2019-20 Coronavirus Pandemic (COVID-19) during a city imposed travel and work restriction. A rare sight since this is one of the most iconic and photographed tourist attractions in New York City.

Matters, however, are far from as straightforward as these arguments suggest. Cost is an obvious consideration. The most quoted schemes today would, according to calculations from Commerce Department data, cost the federal government between $2- and 4 trillion a year, amounting to a 50 percent increase in current federal outlays or more than 10 percent of last year’s gross domestic product.