This is Your Ocean on Acid | Mickey Z. 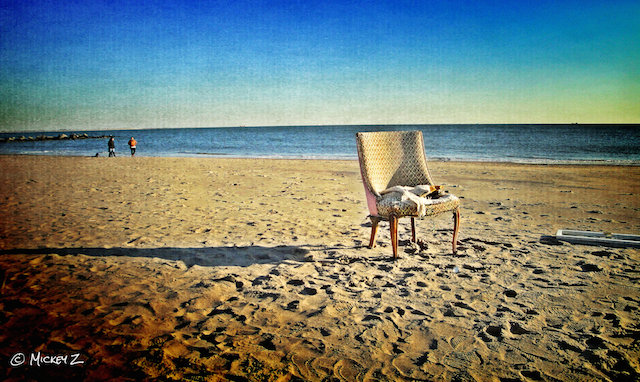 “I don’t know how to save the world. I don’t have the answers or The Answer. I hold no secret knowledge as to how to fix the mistakes of generations past and present. I only know that without compassion and respect for all of Earth’s inhabitants, none of us will survive -- nor will we deserve to.”

More than 40 percent of the world’s oceans are heavily impacted by human activities with few areas -- if any -- left unaffected by anthropogenic factors. This means we humans (and what we deem civilization) have played a primary role in the despoiling of the waters of the earth.

The relentless quest for profit, however, has distracted us from the plight of the deep blue sea and how it impacts all forms of life.

It’s not some unstoppable force of nature or preordained theology. Human decisions have led us to where we are now and new human decisions are immediately needed to forge a more logical and compassionate path.

Why not start this urgent turnaround with the oceans? After all, it’s where 80 percent of all life on earth is found and where over half our oxygen is created.

To follow is a tiny sampling of what human culture has done and is doing to our beautiful -- and essential -- oceans.

Acid Trip
We can begin this discussion with the ever-increasing ocean acidification. The carbon dioxide (CO2) that results from the burning of fossil fuels dissolves in the ocean and decreases the pH.

The myriad deleterious impacts of acidification include the reduction of a mineral called carbonate, which forms the shells and skeletons of many shellfish and corals. As pH levels drop, shells literally dissolve. This effect also slows the building of coral reefs and some believe the tipping point for such reefs could be less then 40 years away.

Often called “rain forests of the sea,” coral reefs are home to a quarter of all marine fish species and their presence buttresses coastal regions from strong waves and storms.

This is Your Ocean on Capitalism
The ocean life that’s still somehow able to manage the increasing acidity are not exactly in the clear -- thanks, for example, to bottom trawling. This is the highly non-selective fishing method of dragging immense nets along the ocean floor. Think of it as the sea-based version of forest clear cutting. Arguably the single most destructive human action for the world’s oceans, trawling often leaves a trail that can be seen from space.

Ocean trawling is a major component in overfishing (or more accurately: “fishing”). Since large-scale industrial fishing methods was introduced in the 1950s, 93 percent of the large fish -- e.g. tuna, swordfish, marlin, cod, halibut, skate, and flounder -- are gone.

In addition, estimates range as high as 50 to 100 million sharks killed each year -- sometimes as unintended “bycatch,” other times more specifically when untold millions of sharks are targeted  for their fins.

This practice involves catching sharks, cutting off their fins while they are alive, and tossing the maimed fish back into the ocean. The fins are dried and used in shark fin soup. To make this even more despicable, the shark fins don’t add flavor to the soup. They are added solely for texture.

More than 200 million years before the dinosaurs, there were sharks. Do we really want to be part of the species that wiped them out?

Big Picture
Another ecocidal human decision is offshore drilling. Over its lifetime, a single oil rig can:

Other ocean-killing realities to consider include oil spills and slicks, beach erosion, the fact that the world’s largest landfill happens to be floating in the Pacific Ocean, etc. etc. etc.

So yeah, it’d be great if corporations paid more taxes or if single-payer health care were enacted but such changes would ultimately fall into the proverbial Titanic/deck chair category if our oceans are not restored and respected -- now.