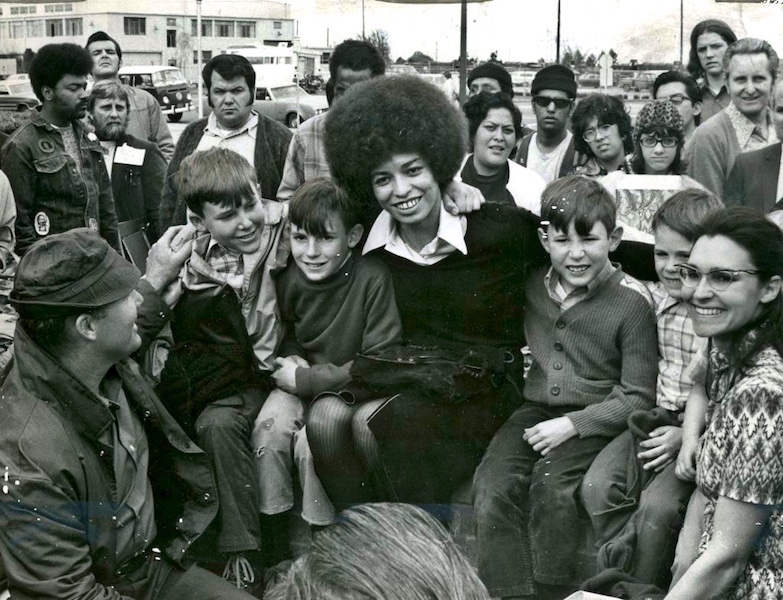 The first half of the caption for the above photo reads: “Angela Davis with Rodger McAfee (far left) and his wife Darlene McAfee (far right) and their children in 1972.”

But… who the hell is Rodger McAfee?

The second half of that photo caption provides an answer: “McAfee put up his Fresno dairy farm as bail for Davis, who was accused of supplying guns in a deadly 1970 courtroom kidnapping plot.”

For his efforts, Rodger McAfee received countless death threats from racists and anti-communists. For a while, he took to carrying around an AR-15 semi-automatic rifle while doing his farm work. He and his wife would later go on to create dozens of farm cooperatives in California and Mexico -- including a massive community project to help low-income workers. It was deemed by some to be an “American Kibbutz.”

“Angela Davis has always promoted the freedom of people and the freedom of people to speak out,” explained McAfee when he used his 405 acres to cover the $102,500 needed to secure her release. To this day, Davis’ legal team feels that her making bail returned the required presumption of innocence to the proceedings and contributed mightily to her eventual acquittal. 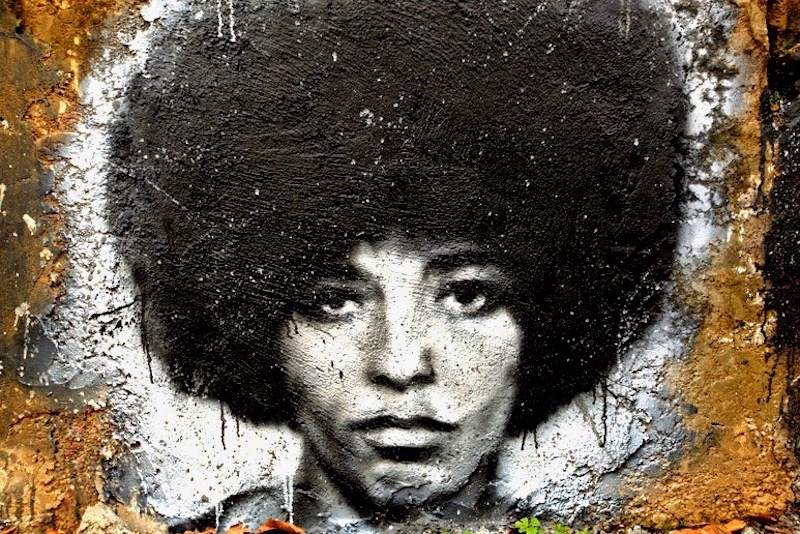 In 1970, then-Governor of California Ronald Reagan publicly vowed that Angela Davis would never again teach in his state.

Reagan was dead and buried by 2004. Meanwhile, Davis was still a professor in the History of Consciousness Department at (wait for it) the University of California, Santa Cruz.

If not for a low-key, long-forgotten white ally named Rodger McAfee, Angela Davis may not have been able to continue -- to this day -- to inspire new generations toward critical thought.

Bail fund networks remain a powerful path toward justice today. However, of course, you don’t have to spend $100,000 to be a true white ally. But you do need to do much more than social media posts, #BlackLivesMatter t-shirts, and chants of “no justice, no peace” on the streets.

This is What a White Ally Looks Like (Part 2) by Mickey Z. is licensed under CC BY-SA 4.0