There’s no such thing as a vegan car | Mickey Z. 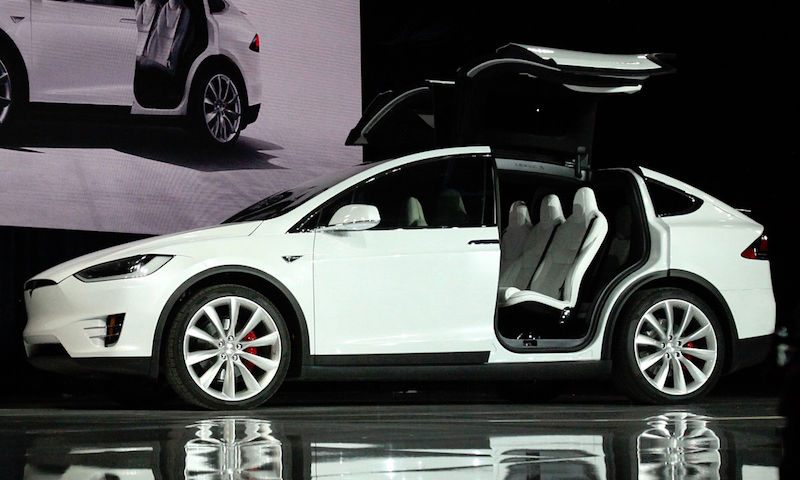 When Tesla Motors CEO Elon Musk tweeted about his preference for the “vegan ultra white” interior in the Model X (estimated base price: $80,000), Team Tofu™ spun the “news” as proof (sic) that veganism was so dramatically on the rise that automakers had no choice but to adapt.

Of course, PETA (a Tesla shareholder) immediately took credit for this “cruelty-free” (sic) “all-vegan” (sic) innovation. Or, as the New York Times Department of Redundancy Dept. called it: A Tesla “even a luxury-minded vegan could love.”

The revolution will not be televised… but at least it’ll be comfortable while stuck in traffic.

The rest of that NY Times article fell into the blah-blah-blah category but no matter; they’d already done a fine job of conditioning readers to believe car companies give a shit about the environment or human lives or non-human lives and that automobiles magically become “vegan” when leather is replaced with vinyl.

News flash: Automobiles can never be “eco-conscious” or “all-vegan” and the car culture is unambiguously necrophilic.

Some context for the vegan crowd: Each and every day in the United States, roughly 1 million non-human animals are flattened by cars, trucks, SUVs, etc. That number, of course, does not include household pets or insects. It also does not count those living things (human, animal, and otherwise) that suffer or die due to the role automobile culture plays in pollution and climate change.

In addition, that daily 1 million death count does not do justice to the innumerable creatures who perish when entire eco-systems are exterminated in order to make way for highways, off-ramps, parking lots, strip malls, airports, and other forms of carchitecture (and I haven’t factored in the animal by-products used in countless auto-related products and the inevitable animal experimentation used to free all related industries from legal liability.)

Despite all this, the NY Times managed to get none other than Jack Norris, executive director of Vegan Outreach, to offer his stamp of approval to an internal combustion engine wrapped in steel -- as long the seats aren’t leather! As a result, millions of luxury-minded liberals will sleep better tonight secure in the self-serving belief that conditions are improving and corporations are “getting the message.” Reminder: The estimated base of the Tesla Model X price is $80,000.

Some context for anyone who trusts corporate-owned media to report the truth about corporate behavior: During the 20th century, an area equal to all the arable land in Ohio, Indiana, and Pennsylvania was paved in the United States, land that requires maintenance costing hundreds of millions of dollars a day. The more surreptitious cost of the car culture totals in the hundreds of billions annually in the United States alone -- much of that going to the sustentation of waging perpetual war to keep the world safe for petroleum, the life blood of phallocentric capitalism.

Regardless of where you stand on issues pertaining to animal rights and/or the environment, allowing the auto industry to anoint itself “green” is an unambiguously YUGE step in the wrong direction. But then again, it’s exactly what we’ve come to expect from luxury-minded vegans with no clue how capitalism works.

Take-home message: Skip the Tesla and the luxury-minded litmus tests and get yourself a used bicycle.