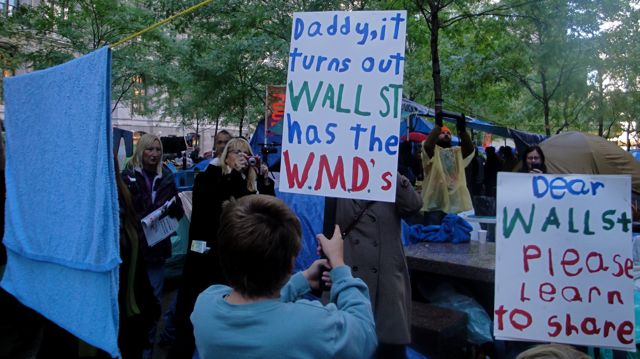 "You’ve got to learn ;that when you push people around, some people push back. As they should. As they must. And as they undoubtedly will. There is justice in such symmetry.”

Please allow me to remind you that we’re coming up on the 23rd anniversary of a somewhat forgotten American intervention into a little place David Lee Roth likes to call Panama.

On Dec. 20, 1989 -- just two weeks after the fall of the Berlin Wall -- President George H.W. Bush ushered in the post-Cold War era by sending 25,000 U.S. troops into Manuel Noriega’s Panama. Called Operation Just (sic) Cause, the foray would have been deemed a “surprise attack” if any other nation had initiated it.

“That invasion, less than eight months before Iraq invaded Kuwait, was condemned by the UN General Assembly,” explains former U.S. Attorney General Ramsey Clark. “No action was taken, although the United States violated all the international laws later violated by Iraq when it invaded Kuwait, plus a number of Western Hemisphere conventions and the Panama Canal Treaties.”

Utilizing a classic spin technique, U.S. Ambassador to the UN Thomas Pickering defended the invasion by claiming that Article 51 of the UN Charter “provides for the use of armed force to defend a country, to defend our interests and our people.”

Pickering argued that Bush was compelled to invade because Panama was “being used as a base for smuggling drugs into the United States.” Since such durable disinformation tactics never seem to fail, the long reliable CIA asset General Manuel Noriega fell from grace in record time.

Estimates range from 500 to 3,000 dead Panamanian civilians killed during the invasion and the fighting afterwards. Bush the Elder was later asked if getting Noriega was worth all those casualties. Confirming the unspoken tenet that some lives count more than others, the president replied: “Every human life is precious, and yet I have to answer, yes, it has been worth it.”

Before any of the lesser-evil androids begin to short circuit, let me quickly remind you that such “calculations” are not unique to the Republicans -- not even close. Case in point:

On the May 12, 1996 edition of 60 Minutes, then U.S. Ambassador to the UN, Madeleine Albright, had the following exchange with Leslie Stahl:

Stahl: “We have heard that half a million children have died. I mean, that’s more children than died in Hiroshima. And -- and you know, is the price worth it?”

Albright: “I think this is a very hard choice but the price -- we think the price is worth it.”

Shortly afterwards, noted liberal savoir Bill Clinton chose Albright as his Secretary of State. In the world of the 1%, killing brown children by the hundreds of thousands is a real boost for the resume.

In short order, Madame Albright oversaw the illegal bombing of the Balkans -- complete with the use of depleted uranium -- and was heard to rationalize: “What's the point of having this superb military ... if we can't use it?”

The question of this millennium so far has been: “Why do they hate us?”

Mic Check: I’d say we give ‘em at least a million damn good reasons every minute and contrary to widespread delusions, neither political party wants any of this to change.

That means it’s our job to stop the machine -- before the machine stops everything. This isn’t an opinion; it’s a duty, as stipulated in the Nuremberg Tribunal (1950):

"Individuals have international duties which transcend the national obligations of obedience. Therefore [individual citizens] have the duty to violate domestic laws to prevent crimes against peace and humanity from occurring."

For those who volunteered to be paid as part of any branch of U.S. military or law enforcement and regularly evoke the “only doing my job” alibi, here’s another crucial excerpt from the Nuremberg Tribunal:

“The fact that a person acted pursuant to order of his government or of a superior does not relieve him from responsibility under international law provided a moral choice was in fact possible to him.”

Arundhati Roy once declared, “People from poorer places and poorer countries have to call upon their compassion not to be angry with ordinary people in America” while the above-quoted Ward Churchill warned us that those same folks “from poorer places and poorer countries” have “no obligation -- moral, ethical, legal or otherwise -- to sit on their thumbs while the opposition (in the U.S.) dithers about doing anything to change the system.”

I’ll look for you at the barricades…