The Truth About Immigration | Mickey Z. 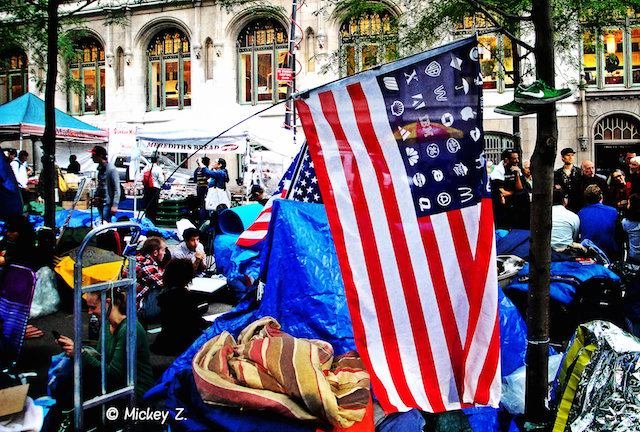 Opening Thought: Everything negative you’ve heard about immigration is true.

In fact, all the talk-talk-talk about lazy parasites pouring over borders to leech off another nation’s resources doesn’t go far enough in explaining the gravity of this ongoing crisis. Scream it from the mountaintops (or at least on your blog):

Immigrants are destroying any and all hope of for planetary survival. Illegal aliens are Public Enemy #1. Foreigners are terrorists.

If you don’t believe me, just ask any sweatshop worker in, say, Vietnam…

The perfidious colonizers I refer to, of course, are the insatiable transnational corporations setting up camp all across the (so-called) Third World. Whether it be Nike, Wal-Mart, Monsanto, or any other taxpayer-subsidized bloodsucker, these crafty illegal aliens can’t be stopped by constructing a mere wall.

They travel with impunity… on the wings of government subvention and cunning, relentless propaganda. Thanks to decades of conditioning, even the victims of these soulless migrants will voluntarily pay for the right to wear a shirt bearing their corporate logo.

One would not be engaging in hyperbole to characterize these illegal invaders as “terrorists.” Forget color-coded alerts, staged arrests, and manufactured scares. Put aside those times you were forced to remove your shoes at the airport. As defined at Dictionary.com, “an overwhelming feeling of fear and anxiety” and/or an “intense, overpowering fear” characterize brand of the terror I speak of.

While the corporate media obscures the real terror and trains its focus on the latest battle between god’s country and ISIS (or whomever the villain of the day is), the primary conflict on the planet remains unchanged: globalization from above vs. globalization from below.

“Immigrants” like the World Trade Organization, World Bank, International Monetary Fund, and transnational corporations and “agreements” like the TPP are elements of a mutant form of remote control imperialism. The United States doesn't always have to send armies into other countries. It sends in Disney and McDonalds with the (usually) unspoken threat of military force backing them up.

Closing Thought: Globalization is not intrinsically a bad idea.

In fact, it’d be ideal if -- instead of exploitation, repression, and ecocide -- we were globalizing equity, solidarity, diversity, and environmental balance. As Arundhati Roy once declared: “In the present circumstances, I’d say that the only thing worth globalizing is dissent.”