The Only Thing We Have to Fear is… Mask Wars, Deep Fakes, and a 'Smoothly Functioning Society' | Mickey Z. 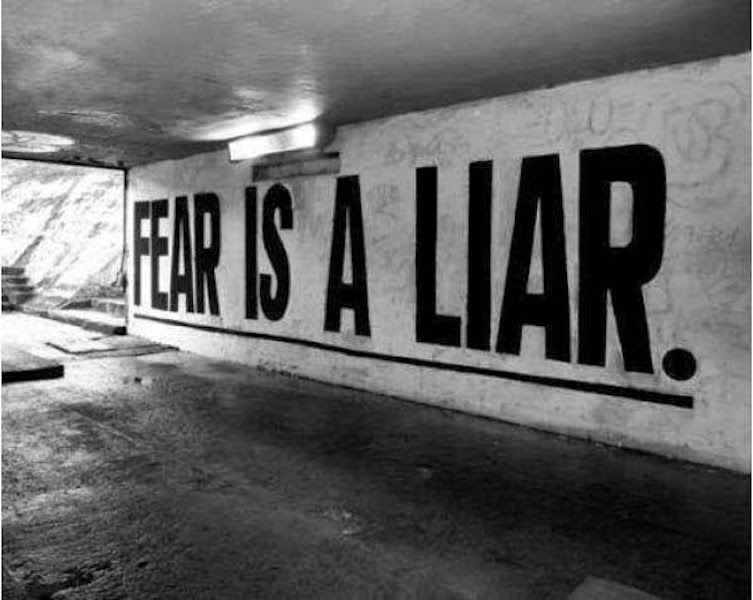 “The conscious and intelligent manipulation of the organized habits and opinions of the masses is an important element in democratic society. Those who manipulate this unseen mechanism of society constitute an invisible government which is the true ruling power of our country. We are governed, our minds are molded, our tastes formed, our ideas suggested, largely by men we have never heard of. This is a logical result of the way in which our democratic society is organized. Vast numbers of human beings must cooperate in this manner if they are to live together as a smoothly functioning society.”

In Targets, Orlok had retired from acting because real life had become so terrifying that audiences were no longer frightened by the type of horror movies that made him famous. In the film's riveting climax, a sniper named Bobby chooses as his targets the patrons of a drive-in theater showing the real-life Karloff in The Terror.

“Bogdanovich attempts to show us just how lethal weapons are,” writes film critic Danny Peary. “He forces us to look through the gun sights with Bobby and help him line up his victim. It is frustrating — we want Bobby to miss but, each time, we see his aim is true. It is bad enough when unidentified people fall dead, but often Bogdanovich will have Bobby take aim at someone and pull the trigger only to find himself out of bullets. While he reloads we have time to get to know and suffer with the intended prey.” 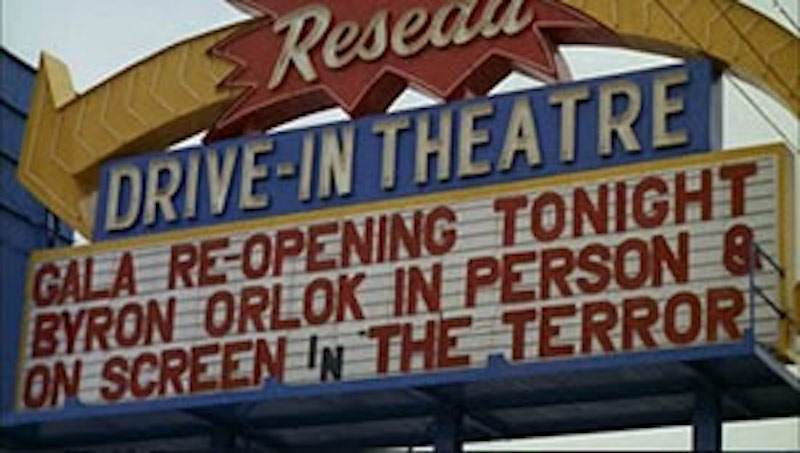 The Edward Bernays quote up top comes from his 1928 book, brazenly entitled: Propaganda. Bernays was the nephew of Sigmund Freud, a public relations pioneer, and one of America’s most innovative social engineers. In the early 20th century, he was called upon to, um, persuade a wary U.S. populace into pulling a complete 180 to support their nation’s entry into World War I.

Bernays teamed with veteran newspaperman George Creel to form the Committee on Public Information. The Creel Committee (as it came to be known) was the first government agency for outright propaganda in U.S. history. It published 75 million books and pamphlets, had 250 paid employees, and mobilized 75,000 volunteer speakers known as “Four-Minute Men,” who delivered their pro-war messages in churches, theaters, and other places of civic gatherings.

The idea, of course, was to give the war effort a positive spin. “It is not merely an army that we must train and shape for war,” President Woodrow Wilson declared at the time, “it is an entire nation.” The age of manipulated public opinion had begun in earnest.

Although Wilson won reelection in 1916 on a promise of peace, it wasn’t long before he severed diplomatic relations with Germany and proposed arming U.S. merchant ships — even without congressional authority. Upon declaring war on Germany in December 1917, the president proclaimed, “conformity will be the only virtue and any man who refuses to conform will have to pay the penalty.”

In time, the masses got the message — as demonstrated by these (and other) results:

Buoyed by the indisputable success of the Creel Committee and armed with the powerful psychoanalytical techniques of his Uncle Sigmund, Bernays set about to continue shaping American consciousness in a major way. 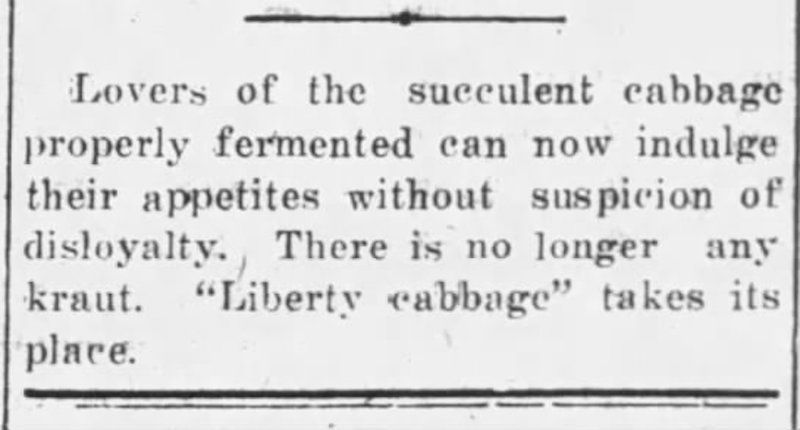 A fine illustration of Bernays’ “smoothly functioning society” involved his efforts — for the American Tobacco Company — to persuade women to take up cigarette smoking. His slogan, “Reach for a Lucky Instead of a Sweet,” exploited women's fear of gaining weight (a concern purposefully manufactured through previous advertising and/or public relations work).

While Lucky Strike sales increased by 300 percent in the first year of Bernays’ campaign, there was still one more barrier he needed to break down: smoking remained mostly taboo for “respectable” women.

This is where some watered-down Freud came in handy. As Bernays biographer Larry Tye said, he basically wanted to take his uncle’s works and “popularize them into little ditties that housewives and others could relate to.” With input from psychoanalyst A.A. Brill, Bernays conjured up the now legendary scheme to re-frame cigarettes as a symbol of freedom.

"During the 1929 Easter Parade," explains New York Times reporter Ron Chernow, "he had a troupe of fashionable ladies flounce down Fifth Avenue, conspicuously puffing their 'Torches of Freedom,' as he had called cigarettes.”

As Chernow reports, Bernays augmented this successful stunt by lining up "neutral experts" to "applaud the benefits of smoking, all the while concealing the tobacco company's sponsorship of his activity.”

Bernays was also concealing his knowledge of tobacco's deleterious effects. "As he hypocritically seduced American women into smoking, he was trying to wean his own wife from the nasty habit," Chernow continues. "His daughter Anne Bernays, the novelist, recalls that whenever he discovered a pack of his wife's Parliaments, 'he'd pull them all out and just snap them like bones, just snap them in half and throw them in the toilet. He hated her smoking.'"

It’s no wonder so many of today’s Americans — all across the ideological spectrum — are so easily and willingly duped by fake news, deep fakes, and clickbait. In the era of social media and a 24-hour news cycle, we are now exposed to more propaganda than ever before. Bernays’ PR progeny continue refining and honing their skills. They keep us passive, distracted, and very divided. Most Americans of all beliefs are thusly trapped inside news feed algorithms that serve as echo chambers to create and reinforce opinions.

In case you’re wondering, here’s how Bogdanovich’s Targets ends: After picking off the movie theater projectionist, Bobby climbs down from his sniper perch only to be confronted by the aforementioned Byron Orlok (Karloff). Although Orlok is unarmed, Bobby is perplexed by the image of the cinematic Karloff who seems to be also walking towards him on the immense drive-in screen. The confused Bobby, no longer able to recognize the real threat, shoots at the screen — the “fake” Orlok — and is promptly disarmed the “real” Orlok before being arrested.

“The scenes in which Orlok complains that real life is so horrifying that horror films have lost their ability to scare anyone remind us that we are watching a movie,” Peary writes. “While Bogdanovich places the sniper in a screen where The Terror, a not-very-scary Roger Corman horror film starring the real Boris Karloff, is being projected, he is reminding us that no matter how terrifying we find Bobby's actions in Targets, it is only a movie we are watching and doesn't compare to the real real thing.”

Unfortunately, discerning “the real real thing” from manufactured evils is not just the stuff of ambitious directorial debuts.

The Only Thing We Have to Fear is… Mask Wars, Deep Fakes, and a 'Smoothly Functioning Society' by Mickey Z. is licensed under CC BY-SA 4.0