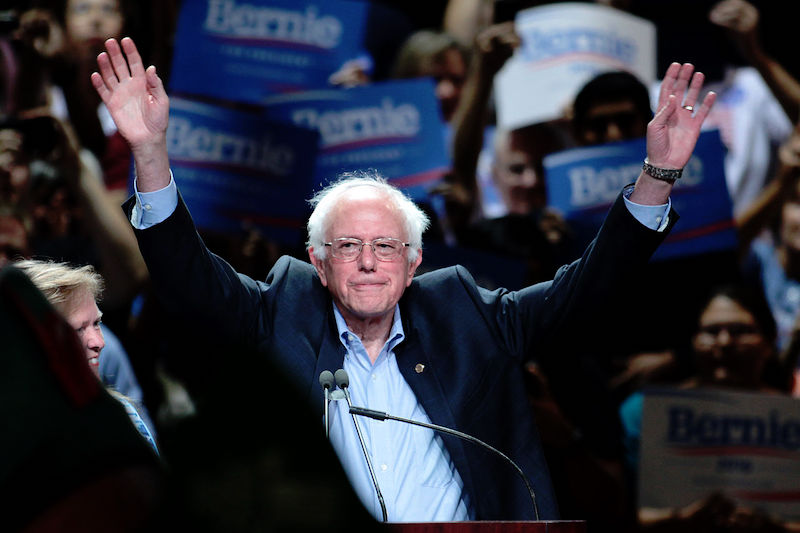 Below are brief excerpts from seven different speeches by seven different candidates over the past 25 or 30 years. All seven candidates were deemed “liberal” or “progressive” by the corporate media and the malleable voting public.

Without using a search engine, can any of you dedicated lefty types identify the candidates or even tell these speeches apart? Could one of these snippets actually be the words of your latest savior, Bernie Sanders?

1. “All of us know what those challenges are today -- a war with no end, a dependence on oil that threatens our future, schools where too many children aren't learning, and families struggling paycheck to paycheck despite working as hard as they can. We know the challenges. We've heard them. We've talked about them for years.”

2. “Dr. King understood this, many years ago when he said the war in Vietnam was destroying the people of two nations. We don’t have enough money to build bridges in this country, yet we blow them up in Iraq. We don’t have money to build schools in this country, but we have seen schools and hospitals and other institutions destroyed in Iraq. We cannot take care of matters here at home, and yet we have leaders who want to go all around the world and tell people what to do. Let’s come back home. Let’s take care of things here. Let’s have a country that we can be proud of, with housing for all and jobs for all and education for all and healthcare for all. That’s the kind of America that people will love; the kind of America that will be an example to people all over the world as a country that you believe in, a country that you want to see succeed. Are we ready to take the path towards that kind of an America?”

4. “Today, we stand here and say loudly and clearly that; ‘Enough is enough. This great nation and its government belong to all of the people, and not to a handful of billionaires, their Super-PACs and their lobbyists.’ Brothers and sisters: Now is not the time for thinking small. Now is not the time for the same old – same old establishment politics and stale inside-the-beltway ideas. Now is the time for millions of working families to come together, to revitalize American democracy, to end the collapse of the American middle class and to make certain that our children and grandchildren are able to enjoy a quality of life that brings them health, prosperity, security and joy -- and that once again makes the United States the leader in the world in the fight for economic and social justice, for environmental sanity and for a world of peace.

5. “Our democratic system has been the object of a hostile takeover, engineered by a confederacy of corruption, careerism, and campaign consulting. And money has been the lubricant greasing the deal.”

7. “For millions and millions of Americans, the dream with which I grew up has been shattered. The ideal that if you work hard and play by the rules you'll be rewarded, you'll do a little better next year than you did last year, your kids will do better than you. But that idea has been devastated for millions of Americans. How did this happen? I would argue it happened for two reasons. No. 1: We lost our economic leadership. Other nations began to do some things better than we do, and their economies started growing faster and faster as ours slowed down. No. 2, and this is why I'm running for President: We elected people to high office who had the wrong response to the problem. And that's what this election is all about. Three or four big, simple ideas, even though the problems are complex.”

So, dear “comrades,” who said what? More importantly, did any of these seven supposed subversives mean a single word of it? Most importantly: Where has all this willful denial gotten us, except a few decades closer to utter collapse?

As you begin to regret not-studying for this quiz, I’ll leave you with a single sentence from a genuine radical, the venerable Lucy Parsons: “Never be deceived that the rich will allow you to vote away their wealth.”

"The Liberal Democrat Presidential Candidate Quiz: #FeelTheBern Edition" by Mickey Z. is licensed under a Creative Commons Attribution-ShareAlike 4.0 International License.
Based on a work at https://worldnewstrust.com/the-liberal-democrat-presidential-candidate-quiz-feelthebern-edition-mickey-z.