The Karma of Empire Americana | Philip A. Farruggio 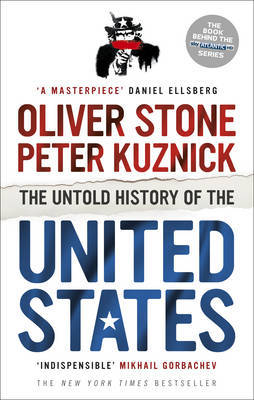 There are many fine historical books by progressive authors describing what our nation has done to other nations, as well as to our own working stiffs. I have read many of these books so as to share with those out there who only study history through the mainstream disinformation media.

The media, both mainstream and alternative, constantly reports on the illegal immigration dilemma that has our nation in polarized debate. Most of the conflicts concerning the undocumented (tune into ultra right-winger Lou Dobb’s cable news show any night to get a regular taste) center on the Southwestern states. Yet, no one ever looks at the karma behind this problem. Does anyone out there realize that these Southwestern states, which have much of the illegal immigrant problems, were once part of Mexico? Does anyone in the media ever mention the fact that the United States had rammed itself into these Mexican territories, taking them over under the guise of Manifest Destiny? So, in essence, the Mexicans who sneak across our border are in reality returning to their ancestral homeland. Karma can be a bitch!

Many of the (countless it seems) gambling casinos nationwide are owned by Native American tribes. Of course, the corporate mafia uses many of them as fronts, allowing the Indians some of the profits in return for control. Yet, by law these gambling joints are Indian-owned. One wonders how many of these casinos are located on or near the very land where our U.S. cavalry and Manifest Destiny settlers massacred Indian tribes in centuries past. Karma can certainly be ironic.

We fought in two major world wars with the Soviet Union as our ally, once when it was Czarist and once after it became Communist. From the early 1920s until its dissolution in 1989, the Soviet Union was consistently labeled as the "evil empire" that wished to "drink the blood" of our children and loved ones. Yet, as the Stone and Kuznick book relates, it was the Soviets who were the most responsible for turning the entire tide of WW2 at a cost of more than 25 million of their people. Why were we never taught this in our grade schools and colleges? Never! Karma can be puzzling.

As a student of the holocaust since childhood, I was moved to write a poem while viewing the 1989 film Murderers Amongst Us, wiping a "sea of tears" away as I wrote it. At the advice of some rabbis, I had my poem laser engraved on a plaque called Never Again in 1990 and sent it to the Simon Wiesenthal Holocaust Museum in Los Angeles, which accepted it for their archives. Quite an honor for a non-Jewish writer.

We who study the Holocaust know just how horrifically the Jews of occupied Europe were treated. Students of 20th Century European history know how all the major European nations and the United States refused tens of thousands of Jewish refugees into their countries. Thus, those who could flee made it to the one safe haven: Palestine. This upset the balance of population diversity in that region and helped fuel the extremist Zionist propaganda for a Jewish state at the expense of Muslim and Christian Palestinians.

If one reads the real history of the 1953 coup that toppled Iran’s democratically elected government and it’s Prime Minister, Mohammed Mosaddegh, one knows the score. It was the British who instigated the Eisenhower administration to orchestrate the coup because Mosaddegh nationalized Iran’s oil in 1951, at the expense of the British owned Anglo-Iranian Oil Company. The outcome of the coup was that the Shah took power over a previously democratic parliamentary government. In 1979, religious Islamic fundamentalists overthrew the Shah’s regime and replaced one autocracy with another. If Iran had remained democratic in 1953, our country would not face the karma we now face with them.

Let us fast forward to what will go down as the most heinous crime committed by our empire since the two atomic bombs we dropped on Japan in 1945: the illegal and immoral invasion and occupation of Iraq. The Bush/Cheney gang used every conceivable type of propaganda, half lies, disinformation and outright fraud to go and invade Iraq. How many Iraqi civilians were destroyed along with their (once) modern infrastructure as part of this phony war? How many young American soldiers killed or permanently maimed for this lie? The karma caused by all this horror was a tremendous recruiting tool for insurgents from many countries in that region all who hate America more than ever before. It is already the 10th anniversary, to quote from FDR, of “A day of infamy" when we began our Shock and Awe imperialist campaign. As far as Iraq politically, it is the Shia sect that will rule as we slowly leave our footprints in the sand. These are the same Shia who align with another of the so called "evil empires," Iran. Karma can hurt folks.

So, as with most empires running short of time, our great nation is failing day by day. We are bankrupting ourselves with this obscene military industrial spending, forcing more and more cuts in services. .How many sinkholes and how many floods and other natural disasters must occur before we finally realize that the money spent should be on infrastructure upgrades and safety nets for America’s working stiffs? You know, the ones who the super rich send to fight their phony wars and work their dead end Boxstore jobs. Alas, the karmic clock is ticking.

(Philip A Farruggio is son and grandson of Brooklyn, NYC longshoremen. He is a free lance columnist (found on TheSleuthJournal.com, Information Clearing house, Op Ed News, Dandelion Salad, Activist Post, Dissident Voice and many other sites worldwide). Philip works as an environmental products sales rep and has been an activist leader since 2000. In 2010 he became a local spokesperson for the 25% Solution Movement to Save Our Cities by cutting military spending 25%. Philip can be reached at This email address is being protected from spambots. You need JavaScript enabled to view it. )