The Is and Isn’tness of Public Education | Emanuele Corso 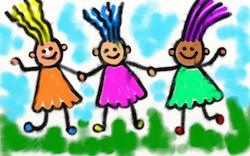 It’s not about children, people and it’s not about education. It’s about profit. Don’t let anyone, including Arne Duncan, tell you otherwise.

The Rupert Murdochs, the Koch boys, the Michael Moes and other billionaires wouldn’t be stuffing vast sums of money into political campaign coffers unless they expected a commensurate ROI. There’s a public money jugular out there and investors are salivating.

As Moe himself recently explained, “We see the education industry (my emphasis) today as the healthcare industry of 30 years ago.” He is referring to the American healthcare industry which can’t climb beyond 26th place out of 30 countries, and where the cost of an MRI can range anywhere from $335 to $2,844.

In the United States, monied interests have always exerted influence on public education, but that influence is becoming much more direct, with investors salivating for access to an “industry” of government-enabled testing and corporatized alternative schools. Billionaires are financing political campaigns and candidates, placing operatives in key administrative positions in state education departments. Listen to Rupert Murdoch: “When it comes to K-through-12 education, we see a $500 billion sector in the United States alone that is waiting desperately to be transformed.” Who is desperate?

Education reform is now the big target after healthcare. In both cases, equating education and healthcare with industry, humanity is displaced by venality. Education is being drowned in an alphabet soup of meaningless, cleverly contrived names depicting cleverly contrived meaningless programs. No Child Left Behind and Common Core are about business models, not about children.

The case of Washington State recently losing its federal carrot for not conforming to Duncan’s Dictates gives lie to any pretense that this is about children learning. Kids in Washington are learning alright, but without the onerous evaluation regimens and pointless methodologies, such as the “counting up” method of subtraction taught in Common Core schools. To their credit, many more states than Washington are pushing back and putting children first.

This IS About Children

Because there are no easy procedural, political, or curricular solutions, public education has been an easy sell for simplistic solutions since colonial times. There are, however, at least three non-simplistic, fundamental reforms that could be implemented to good effect given the courage and determination to carry them out. The first involves innate learning ability, the matter of recognizing basic intelligence. Politicians won’t talk about differences in innate ability because parents vote, and all their children are wonderful and above average. Also because of social and political taboos, educators will not risk alienating parents.

It is just common sense to acknowledge that some children learn faster than others. Some will learn math, reading, or science faster than their classmates. This is no different from a child being a better first baseman than his or her classmates. Schools do talk candidly about athletic skills and, more importantly, they discriminate on that basis without reprisal. It’s a different story altogether, however, when it comes to intellectual ability. No matter what cleverly marketed standard academic achievement tests are applied to children across the board, holding teachers to the charade is fundamentally dishonest. It is unfair to teachers and, even more so, to students who are thus denied appropriate individualized approaches to learning.

The artifices of grade levels from 1st to 12th could be done away with and replaced by individualized growth levels and programs allowing for the cognitive and motivational differences between children. This would be true “no child left behind” -- every child could ascend at his or her own rate and motivation -- there would be no contrived “behind.” Children should not have to suffer the indignity of being held back simply because the system could not do better at serving them. It’s adults who are failing, not children.

Second, we seldom hear discussions about how public schools are organized, even though school organization is a key factor in their lack of success. Simply put, the wrong people are running schools, and it’s an inverted hierarchy that has crippled education for years. Schools need to be organized around teachers and students, not overpaid and over-empowered bureaucrats. Teachers should determine, according to set standards, curriculum, the evaluation of learners and faculty, and school policy. Administrators should exist to serve the teaching staff -- serve being the operative word.

The third reform involves parents. Parents must be held to account for their children’s interest and motivation in the process of schooling. Teachers with classrooms full of students cannot be held responsible for matters essentially parental. It does indeed take a community to fully and truly educate children, and the process starts at home.

The process of schooling cannot be replaced by testing, nor by demonizing teachers or allowing parents to transfer their responsibilities to schools. Thanks, but no thanks, Arne, you are wrong, tragically wrong about all of this. Kids in too many schools are spending their time learning to take tests with real education taking the hind seat, if any seat at all.  When education is drained of its humanizing values and reduced to meaningless rote Pavlovian response, we are creating a nation of sheep.

No matter how you slice it, this present education “reform” movement is not about children. It’s about money and most importantly, that is what has to change. 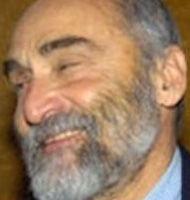 Emanuele Corso’s essays on politics, education, and the social contract have been published at NMPolitics, Light of New Mexico, Grassroots Press, Nation of Change, World News Trust, and his own -- siteseven.net. He taught Schools and Society at the University of Wisconsin-Madison where he took his PhD. His BS was in Mathematics. He is a veteran of the U.S. Air Force Strategic Air Command where he served as a Combat Crew Officer. He has been a member of both the Carpenters and Joiners and IATSE (theatrical) labor unions and is retired from IATSE. He is presently working on a book: Belief Systems and the Social Contract. He can be reached at This email address is being protected from spambots. You need JavaScript enabled to view it.