The ‘First Scientist’s’ 800-Year-Old Tonic For What Ails Us: The Truth | Richard Gunderman 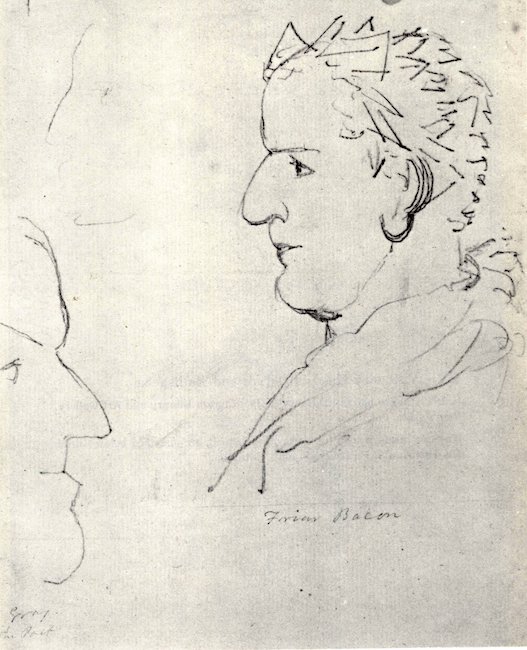 May 1, 2020 (The Conversation) -- It seems that science has been taking a beating lately. From decades of denial by the tobacco industry that smoking causes cancer to more recent attempts to use the COVID-19 pandemic to score political points, a presumption seems to have taken root that it is okay to seek and speak the truth only when it suits personal interest.

In times like these, we urgently need leaders who know what they are talking about and whose commitment to truth exceeds their loyalty to party or person -- among them, the sort of people long known as scientists (“those who know,” the literal meaning of scientist). COVID-19 is a kind of plague, but so is ignorance, and only by addressing the latter can society tackle the former.

This year marks what is believed by many to be the 800th birthday of an especially courageous truth seeker, the English polymath Roger Bacon. Though other scientists came before him, his breadth of study has led many to call him “the first scientist.” Were he alive today, Bacon would likely be pursuing the truth about such matters as the coronavirus and its effects on society, as well as the need for personal and political virtues to overcome it.

Roger Bacon’s pursuit of the truth

Because Bacon lived so long ago, we know more about his ideas than his life. Born in Somerset, England, his family appears to have been well off, and he studied and taught at two of Europe’s oldest universities, beginning at Oxford. After earning his master of arts degree, he accepted an invitation to teach at the University of Paris for about a decade before eventually returning to Oxford.

Bacon was one of those remarkable human beings who seem to know just about everything. An expert on the thought of the ancient philosopher Aristotle, he also taught mathematics, astronomy, music, optics, alchemy (a forerunner of chemistry), moral philosophy, and theology. Because of the depth and breadth of learning reflected in his Opus Majus (“Great Work”), composed at the Pope’s request to describe his studies, he became known as Doctor Mirabilis or “Wonderful Teacher.” 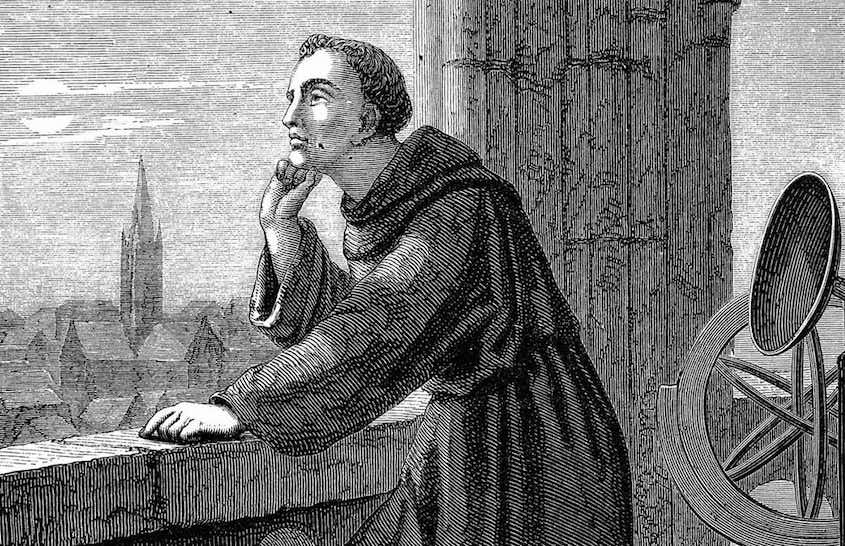 Artist Jan Verhas illustrated Roger Bacon observing stars from Oxford. Astronomy was just one of the many areas of science Bacon explored as he compiled encyclopedias of scientific knowledge. Wikimedia

Bacon believed that the improvement of human life, both personally and socially, depends on the eradication of error. To correct what ails society, it is necessary to restore respect for learning, real-world experience, and the pursuit of truth. So long as people go forth with a false map of reality, they will lose their way and never reach their true destination.

The importance of the right question

Bacon argued that there are four causes of error: 1) weak and unworthy authority, 2) longstanding customs, 3) the opinions of ignorant crowds, and 4) the hiding of ignorance through displays of apparent knowledge.

What people often lack, Bacon believed, are not correct answers but the best questions. To advance knowledge, people must subject authorities to scrutiny, winnowing away the unreliable. Who is speaking the truth, and on what basis, and who is merely mouthing what people want to hear?

In Bacon’s view, too many people lapse into a credulity of habit, simply accepting what they have been told over and over. To combat this tendency, he called for experimentation, but not only in the sense of a scientific laboratory. He believed that people should put their ideas on trial, seeing how well they fare when tested in the real world of experience. What doesn’t hold up should be rejected.

Bacon gave the example of fire, writing, “Reasoning draws a conclusion and makes us grant the conclusion, but does not make the conclusion certain, nor does it remove doubt so that the mind may rest on the intuition of truth, unless the mind discovers it by the path of experience.” Only someone who actually sees fire burn will understand what it can do.

Without proper habits of mind, Bacon argued, society would be mired in ignorance and failure. Only if institutions of learning such as universities fulfill their proper function can society find and stick to its proper course. And all persons, he believed, have both the capacity and the responsibility to think for themselves and keep their community on track.

Bacon expressed deep antipathy toward those who merely pretend to know, such as magicians who pretend to use scientific methods. Princeton philosopher Harry Frankfurt more recently referred to such pretenders as “bullshitters.” Ignorance is bad, but pretending to know is even worse because it undermines trust.

On ignorance and corruption

Bacon treated ignorance so harshly partly because he saw that it sowed the seeds of corruption.

Extrapolating from Bacon, regular scrutiny is necessary if political leaders are to act responsibly. The last thing any good political leader needs is to be surrounded by yes men. It is through the contest between differing points of view that people are most likely to arrive at the truth.

This perspective helps to explain both Bacon’s promotion of the science he called “perspective” and his lifelong dedication to the study of languages such as Greek and Hebrew. To determine the best perspective from which to understand something, it is first necessary to look at it from multiple points of view.

Above all, Bacon promoted humility. People must seek to know the truth and cling to what they have proved by experience to be valid. But they must also recognize the limits of their own knowledge, seek out the advice of experts, and pursue deeper understanding.

This was Bacon’s life’s work. “No one,” he wrote, “worked in so many sciences and languages as I did, nor so much as I. And yet I did not work that much, since in the pursuit of wisdom no work” -- of the sort one might resent -- “was required.”

Like Aristotle, he believed that it is human nature to desire to know. There is, he held, nothing more natural and also more necessary and beneficial to humanity than pursuing the truth.

This article has been updated to remove a quote that cannot be confirmed as Roger Bacon’s.

[You need to understand the coronavirus pandemic, and we can help. Read The Conversation’s newsletter.]