The Empire is Crumbling, That is Why it Needs War | Andre Vltchek 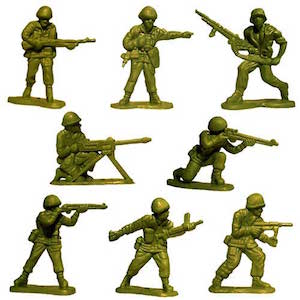 Dec. 26, 2014 (CounterPunch.org) -- The world is in turmoil. Like in the early 1940’s, something tremendous is gaining shape, something irreversible.

Almost all of us who have been analyzing the Empire fighting against the propaganda and nihilism it spreads, and its venomous tentacles extending to every corner of the globe, know that "appeasing" Western imperialism is clearly impossible, as it is impractical, and even immoral.

Just as George W. Bush (clearly borrowing from fundamentalist Christian rhetoric), liked to say: “You are either with us or against us”. Countries are now evidently put on the spot: they either accept the Western neo-colonialist doctrine, or they get destroyed, one after another, as were Iraq, Afghanistan, Libya and Syria.

No logic can help, no negotiations, no international mediation from the United Nations. The willingness to compromise is mocked. Appeals for simple human compassion do not move the rulers of the Empire even an inch.

It is clear that the Empire is preparing for the final assault. It will not back down. It will attack, destroy and annihilate. No idea when, but it will. And it will happen sooner rather than later, and with tremendous force.

Some would ask, why now? Why is there suddenly such a rush to fight the final battle for the total control over the planet?

The answer is very clear: for the first time disgust with the Empire is widespread, and worldwide. Many people are getting cured from blindness.