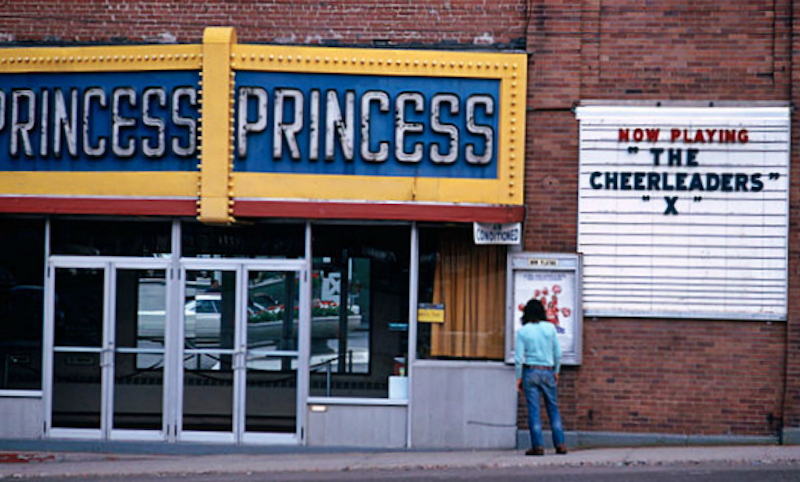 The Dworkin-MacKinnon Ordinance -- originally written in 1983 by Andrea Dworkin and Catharine MacKinnon -- was an amendment to a civil rights law. It stands as a mostly ignored template for creating law-based change within the system.

Rather than taking the traditional “obscenity” angle, the Dworkin-MacKinnon Ordinance proposed that:

In the ordinance, pornography is defined as such:

It included a “coercion provision,” which permitted “anyone coerced into sex acts so pornography can be made of them to stop the pornography and to get damages for their abuse. It only addresses materials made through aggression that is proven to be done against individual human beings. There is no First Amendment protection for coercion.”

In addition, the ordinance “prohibited forcing pornography on others against their will.” It also contained defamation and trafficking provisions. Find the full text to see what it looks like when someone does the hard work of laying foundations.

During the 1980s and early 90s, versions of the Dworkin-MacKinnon Ordinance were passed in several U.S. cities only to be vetoed by mayors or struck down by courts. In other words, there was no sign-holding, marching, or chanting. A horrific societal threat was identified (and about to reach full fruition with the advent of the Internet) and a fresh approach was conjured up.

Think of all people who later flocked to Occupy or the People’s Climate March. Now imagine if that many would’ve backed this effort 30 years ago. Imagine if that many people backed similar new efforts today -- on a full range of issues. What can we learn in 2017 from the long-forgotten Dworkin-MacKinnon Ordinance? Are we even open to learning from it?

Coda: I have often used this ordinance as an example to show activists that we have countless ways to organize beyond the minuscule range we currently embrace. The response, without fail, is to flippantly launch insults at Dworkin and/or declare that ideas like this can “never work.”

Mickey Z. is currently writing two books, a political memoir called How to Change Minds & Influence the Future: Rebuilding Activism From the Ground Up (Microcosm Publishing) and a graphic novel entitled stain red. In the meantime, he can be found here.

The Dworkin-MacKinnon Anti-Pornography Civil Rights Ordinance by Mickey Z. is licensed under a Creative Commons Attribution-ShareAlike 4.0 International License.
Based on a work at http://worldnewstrust.com/the-dworkin-mackinnon-anti-pornography-civil-rights-ordinance-mickey-z.