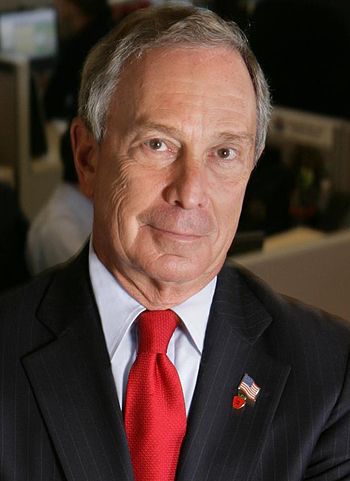 Much as many people-who-ought-to-know-better have been enjoying the disruptive antics of Donald Trump, surely other cohorts and coteries have endured dark nights of the soul as they witness the 2016 election spin into a perfect storm of rebellion, corruption, and idiocy.

Imagine the scenes in Michael Bloomberg’s drawing room the past eight months, the agonies of sensible people! And so after the close of business Friday comes news that the former three-time mayor of New York City is laying concrete plans to run for president on a third-party ticket. Extreme times call for extreme moves by non-extremists.

The Trump phenomenon is pretty well-understood: a politically paralyzed nation hostage to malign forces, mired in racketeering, captive to PC witch-hunters, and pitching into bankruptcy, turns to a TV clown with no filter on his angry brain and he acts out all the discontents of our time. Does anybody doubt that the perfidies of the day beg to be opposed? But those shadowy figures in Bloomberg’s drawing room must be saying, “is this the best we can do?” And so an honorable man steps forward. Someone had to.

Couple of gigantic problems. First, what about Bloomberg being Wall Street’s pet politician? To many, I suppose, Bloomberg is exactly that. I’m not so sure. While he made his multi-billion-dollar fortune building a computerized information service for Wall Street, with a news service and some other apps pinned on, he was not a bankster. He consorted with them all the livelong day, day in and day out, for decades. Maybe that was bad enough. Maybe it also puts him at a very special advantage, since other public figures can only pretend to understand the esoteric rackets lately engineered in lower Manhattan.

For instance, Bloomberg must know what a CDO is, and how outfits like JP Morgan and Goldman Sachs used them to swindle the taxpayers. I’m not convinced that Donald Trump could explain that to an audience if given an hour of airtime. He rarely speaks in two consecutive coherent sentences, for all his entertainment value. The next president will be on duty during the gravest and most powerful financial unwind in history, and it might be a good thing if he understood how it worked. He will probably be blamed for it in any case, but at least he will be a true mariner in a storm, not just a bigmouth passenger on the ship. Anyway, the salient question is whether the voters could ever accept him as something besides a tool of the banks?

The public that Bloomberg would have to appeal to has become a weird amalgam of cultural mutants, zombies, and special pleaders -- Duck Dynasty and Straight Out of Compton meet The House of Wax. Worse, they are inflamed, not exactly disposed to weigh political fine points. They’re just out for blood against a system that has been bleeding them badly. Did I leave out some big wad of voters between the extremes who retain a few shreds of critical thought? I’m not sure they exist anymore. We’re about to find out in the months ahead. The group in Bloomberg’s drawing room may be deluding itself that there is any thread of clear thinking on the street outside. It would be very sad, if so.

I think it is fair to say that Michael Bloomberg’s success as the three-term mayor of New York City (2002–2013) was due almost completely to the financialization of the economy. A Niagara of money flowed into the city as banking ballooned from 5 percent to 40 percent of the U.S. economy. As all the formerly skeezy neighborhoods of New York -- the Bowery, the Meatpacking District, etc -- got buffed up, the desolation in places like Utica, Dayton, Gary, and Memphis got worse. You might say New York City benefited hugely from all the assets stripped out of the flyover states. All of which is to say that that recent revival of New York City was not necessarily due to Michael Bloomberg’s genius. He presided over a very special moment in history when money was flowing in a particular way, and he went with flow.

For all that, it seems likely that he was also an able administrator as this occurred. A lot of out-front elements of city life improved visibly while he was around. Crime went down, the subways ran better, public spaces were improved. What would he be able to do in the compressive deflationary depression that I call the long emergency? Could he restore faith in authority? Could he comfort a battered public on the airwaves? Could he begin the awful task of politically deconstructing the matrix of rackets that has made it impossible for this country to move where history is taking us (smaller, finer, more local)?

Finally, on top of his Wall Street connection, Bloomberg is Jewish. (As I am.) Is the country now crazed enough to see the emergence of a Jewish Wall Streeter as the incarnation of all their hobgoblin-infested nightmares? Very possibly so, since the old left wing Progressives have adopted the Palestinians as their new pet oppressed minority du jour and have been inveighing against Israel incessantly. Well, that would be a darn shame. But that’s what you might get in a shameless land where anything goes and nothing matters.

For now, anyway, the real disrupter is turning out to be Michael Bloomberg. Finally a serious man enters the stage.

If you would like to support this blog, here is my Patreon page

Coming in June
World Made By Hand 4 (and final)

The third World Made By Hand novel