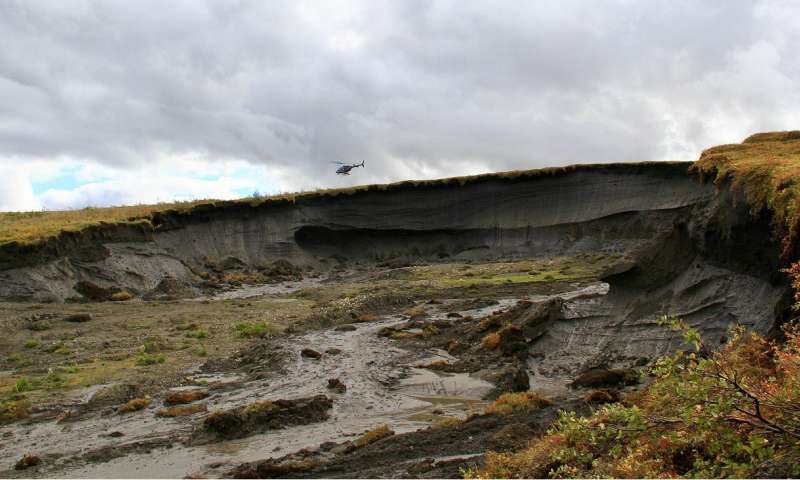 A permafrost thaw slump on the Peel Plateau in the Northwest Territories exposes permafrost rich in ice and sediment. As the permafrost thaws and collapses, sulfuric acid in water breaks down the exposed minerals, releasing substantial amounts of carbon dioxide. Credit: Scott Zolkos

Sept. 19, 2018 (Phys.org) -- The amount of carbon dioxide released from thawing permafrost might be greater than previously thought because of a process called mineral weathering, according to a new study by University of Alberta ecologists.

Mineral weathering occurs when minerals previously locked up in permafrost are exposed and broken down into their chemical components by sulfuric or carbonic acid that can exist naturally in water.

Over long, geologic time scales, carbonic acid weathering is an important control on atmospheric CO2 levels and climate, but under the right conditions, weathering by sulfuric acid can release substantial CO2.

Ph.D. candidate Scott Zolkos and his supervisor, U of A biologist Suzanne Tank, found that these conditions are prevalent in the western Canadian Arctic.