Josh Gibson scoring a run for the Homestead Grays in a game against the Newark Eagles at Griffith Stadium in Washington in 1942. (National Baseball Hall of Fame and Museum)

Folklore: The traditional beliefs, customs, and stories of a community, passed through the generations by word of mouth.

I miss the days when some stories could still travel solely by word of mouth. Sure, we have fake news and alternative facts in 2020 but I’m not talking about willful or malicious lies. What I’m recalling was truly the stuff of legends.

To give you an idea of what I mean, check out this clip from the 1983 film, The Right Stuff. Gordon Cooper, one of the original astronauts, was about to pass along — word of mouth style — the legend of Chuck Yeager.

Cooper’s ego got the best of him before he could give Yeager his due but those who saw Chuck in action talked enough about him to turn a flesh-and-blood human into an enduring myth.

Myth: A traditional or legendary story, usually concerning some being or hero or event, with or without a determinable basis of fact or a natural explanation.

Which brings me to Josh Gibson… the only man to ever hit a baseball out of Yankee Stadium. Or not. 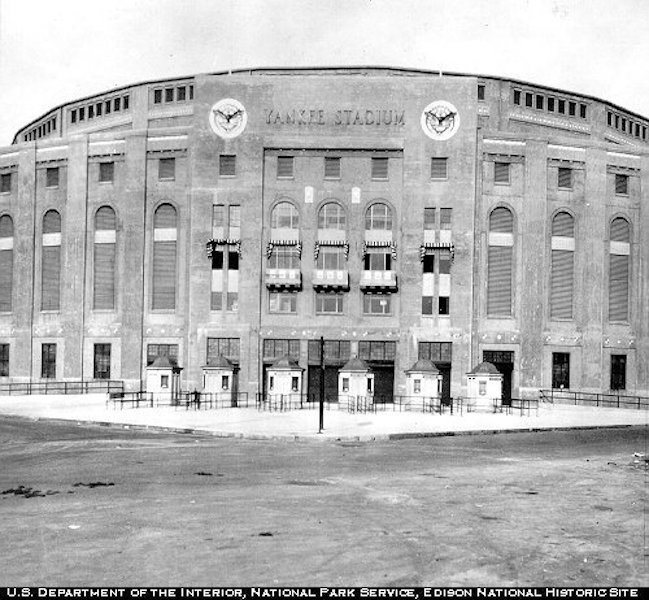 Main entrance of Yankee Stadium, during the 1920s. (public domain)

Born in 1911, Josh Gibson was THE man in the Negro Leagues. Some called him “the black Babe Ruth.” Many others called Ruth “the white Josh Gibson.” If not for institutional racism, we might have seen them matched up for real.

Gibson stood 6-foot-1 and weighed 210 pounds in his prime. He plied his craft all across the U.S. along with stints in Mexico, the Dominican Republic, Cuba, and Puerto Rico. He was diagnosed with a brain tumor in 1943 but kept playing baseball until he died of a stroke in 1947, at just 35 years of age. Gibson was buried in an unmarked grave. His final resting place eventually got a small plaque placed in 1975 — three full years after he was inducted into the National Baseball Hall of Fame. 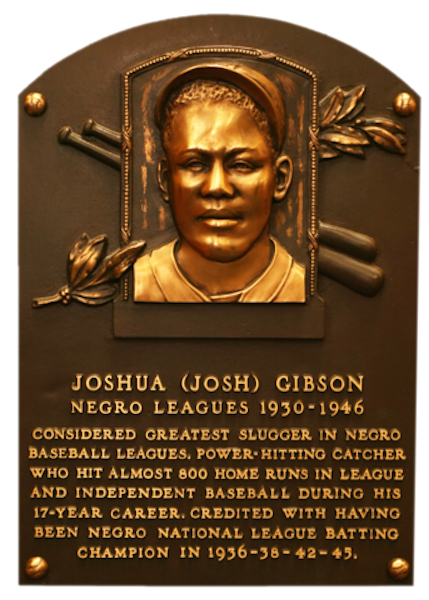 The original Yankee Stadium was massive. For example, the outfield fences ranged from 395 feet to 460 feet in left-center and reached 490 feet from home plate in dead center field. That area became known as “Death Valley” because it was where home runs went to die — especially for right-handed batters (just ask Joe DiMaggio).

A later renovation slightly reduced the lethality of Death Valley. Left-center ranged from 402 to 457 feet. The straightaway center field fence was brought in to 461 feet. This renovation happened in 1937. On June 3 of that year, the right-handed catcher for the Homestead Grays, Josh Gibson, sent a home run at least 580 feet over Death Valley and clear out of the park onto the streets of The Bronx. Or not.

The feat wasn’t filmed and no one bothered to measure the blast. It may or may not have happened. It’s not like anyone in 1937 would’ve trusted Negro League reports or given credit where credit is due. But, think about it. If the most storied park in major league baseball history was conquered, it was not by The Bambino, The Iron Horse, The Yankee Clipper, or The Mick. The stadium was conquered by a myth, a legend with the right stuff whose exploits traveled almost solely by word of mouth. Either you were there or you weren’t. 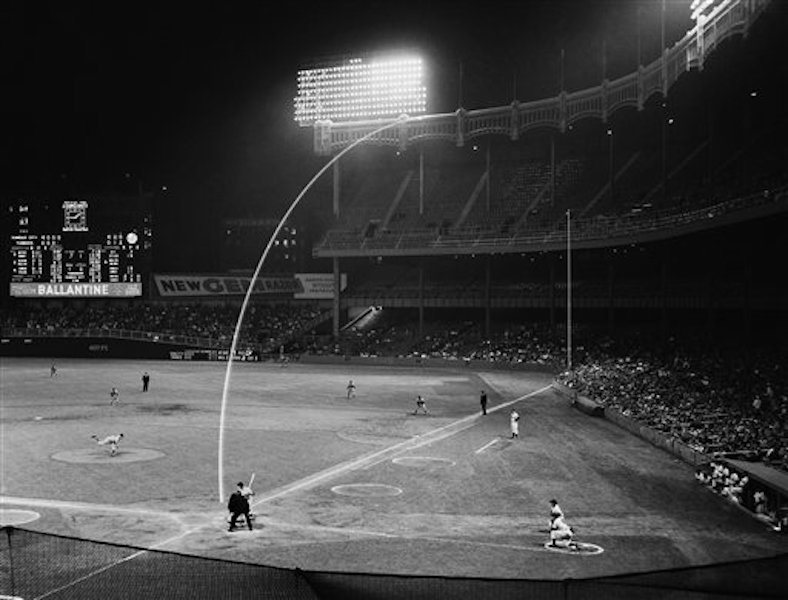 On the night of May 22, 1963, batting from the left side of the plate, Mickey Mantle hit an 11th-inning walk-off homer off Bill Fischer of the Kansas City Athletics to give the Yankees an 8-7 victory. The ball hit it off the façade high off the top of the ballpark. (public domain)

It’s not as if Mickey Mantle didn’t try doing it. Three times (twice in 1956 and once in 1963), he hit a home run the struck the decorative façade at the top of the stadium. Some folks — fans, reporters, stadium vendors, teammates, opposing players, etc. — spoke in hushed tones about him sending a ball out of the stadium during batting practice. The Hall of Fame switch hitter supposedly did it twice batting left-handed and once from the right side of the plate. There are similar rumors about Babe Ruth’s batting practice prowess. But alas, we have no cell phone videos to verify any of this.

The best thing about a legend is that you’re free to believe it or not. Without compelling evidence on either side, no one can prove or disprove what Josh Gibson did on June 3, 1937. Since there’s nothing to stop me from believing that a Negro League superstar hit a fair ball nearly 600 feet out of Yankee Stadium during an actual game, well… that’s my story and I’m sticking to it.

What do you believe?