That time when male violence altered the history of women’s tennis | Mickey Z. 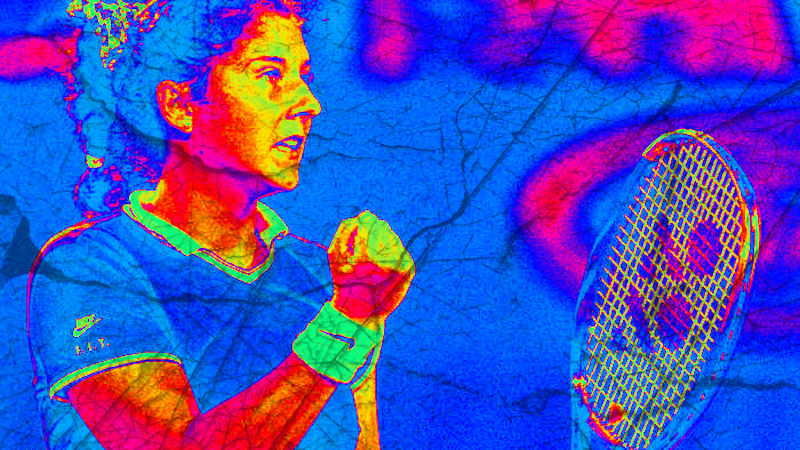 Not too long ago, while leaving the gym, I overheard a conversation about the best female tennis players of all-time.

As I walked home, I pondered my own list and came up with five women with whom we’re on a first name basis: Serena, Steffi, Martina, Chrissie, and Venus. When considering who might be next, I suddenly remembered Monica Seles. This led to a realization about how she could’ve/should’ve been number two or three (nobody ranks ahead of Serena!).

What led to Seles coming in maybe four slots lower than possible? You might assume injury or personal/family issues or perhaps even a Borg-like early retirement. You’d be wrong. The virtually forgotten reason we never got to see Monica Seles attain her full potential is: Male Pattern Violence.

Steffi Graf
By the late 1980s, Steffi Graf had single-handedly ended the Navratilova era of women’s tennis. This culminated in 1988, when Graf became the only player in history (female or male) to win all four Grand Slam singles titles and the Olympic gold medal in the same calendar year, a.k.a. Golden Slam. To attempt listing all Steffi’s accomplishments here would be foolhardy so I’ll offer two more particularly illustrative examples of her dominance:

But the legend of Steffi Graf cannot be fully assessed without aiming a sharp focus on the events of April 30, 1993.

Monica Seles
Just as Steffi was becoming unbeatable, Monica Seles exploded onto the scene. In 1990, at age 16, she became the youngest-ever French Open winner. By the time she turned 20, Seles won eight Grand Slam titles and was named year-end No. 1 in both 1991 and 1992. Her tenacious style along with her infamous loud grunts had rapidly made her a sports icon.

After defeating Graf in the 1993 Australian Open, Seles had defeated her rival in three out of the four Grand Slam finals they’d played. Would this become an epic rivalry or had Seles single-handedly ended the Graf era of women’s tennis? We will never know…

Günter Parche
April 30, 1993: Seles was leading a quarterfinal match in Hamburg, Germany. During a break between games, Günter Parche leaned over a fence and stabbed Monica between the shoulder blades with a 9-inch boning knife. Parche was subdued as Seles was rushed to the hospital.

Being that Seles is from Yugoslavia and the attack occurred during the high-profile conflicts there, early speculation focused on a political motive. However, Parche was quickly identified as an obsessed Graf fan who had opted to express his anger through potentially deadly violence.

Tale of two years
Fortunately, Seles’ physical injuries healed quickly. However, the psychological wound ran far deeper. She did not compete on-court for more than two years and was never the same player.

Meanwhile, charges were dropped against Parche as he was deemed “psychologically abnormal.” He served only two years’ probation with psychological treatment.

By 1995, Parche walked free while his victim was left to deal with profound emotional issues with the full scope of her once imposing talent left unrealized.

Postscript: At last report, Günter Parche was in a nursing facility, debilitated by a series of strokes. Monica Seles ultimately fought back, returned to the game she loved, won one more Grand Slam event, and was elected to the International Tennis Hall of Fame in 2009.

That time when male violence altered the history of women’s tennis by Mickey Z. is licensed under a Creative Commons Attribution-ShareAlike 4.0 International License.
Based on a work at http://worldnewstrust.com/that-time-when-male-violence-altered-the-history-of-women-s-tennis-mickey-z.