Stomping Johns: The Demand Side of Prostitution | Mickey Z. 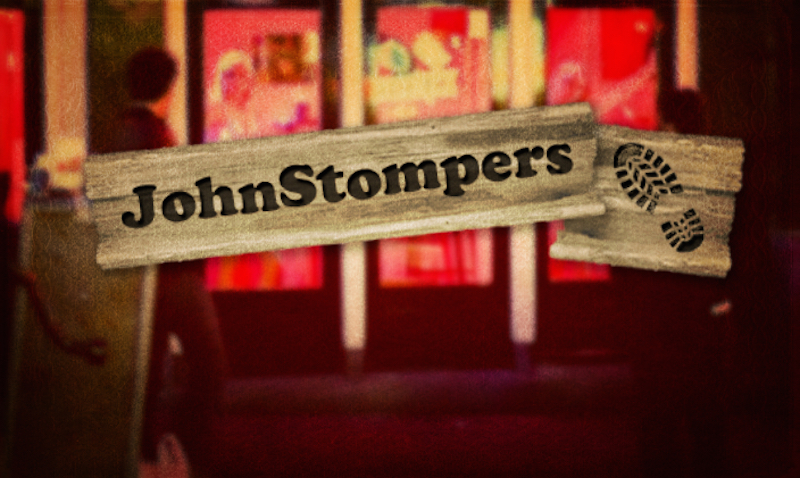 My Interview with Samantha Berg

“Marie Antoinette never actually said, ‘Let them eat cake’ when told the poor have no bread, but neoliberals really do callously say, ‘Let them have unions’ when told prostituted women are raped and murdered in strikingly high numbers.” (Samantha Berg)

Samantha Berg is a radical feminist journalist, activist, and event organizer. Since 2003, she has primarily worked against men's demands for prostitution and pornography, and to those ends she created the abolitionist website Genderberg.com and the blog Johnstompers.com.

Samantha's articles about the sex industry have been published in progressive media for more than a decade and in the past four years she has organized four radical feminist conferences in the United States and Canada.

I became aware of Samantha’s work through some mutual friends and quickly found badass commentary like this from her:

Needless to say, I suggested we do an interview. She was kind enough to agree and our conversation went a little something like this…

Mickey Z.: How did you get started in such work and why do you focus on johns?

The harms are obvious yet so hard for people to see because of the pretty girls being dangled to distract them. In conversations I would bring up men’s responsibility to not engage in the destructive behavior of paying for sex and people were resistant to follow that train of thought. They kept bringing it back to the pretty girls.

In Portland, Oregon, the john-to-prostitute ratio is estimated at 20:1 -- 20 johns to every prostitute -- yet our words for these men are limited to ‘john’ or business terms like client and customer. There are dozens of ways to call women prostitutes (escort, streetwalker, whore, harlot, hooker, ho, call girl, courtesan, etc.) but a distinct lack of terms for the far more numerous side of the equation, the johns. Blame is still largely placed on women, but the radical feminist goal to make the millions of men who pay for sex visible and accountable for the first time in history has been speeding along successfully.

MZ: What role does such high demand play in trafficking?

SB: Countries where men are permitted to pay for sex are countries where sex-based slavery increases. The usual johns just keep on, but they’re joined by hordes of more casual prostitute-using men and that means an increase in trafficking to meet the expansion of mens' demands.

MZ: With, is it safe to assume, a concurrent expansion of men’s violence?

SB: Research from Norway proves that johns will get away with as much violence as they think they can get away with. Common sense says no man who uses prostitutes has to assault the prostitutes they use, and the Norwegian research is the latest in a fat pile of evidence proving that violation itself often motivates johns (violation of women, violation of laws, violation of vows, etc).

In the Netherlands, johns seek out the most desperate women and children because their powerlessness and addictions make them more willing to do violent, unsafe acts of prostitution for less money, an obvious outcome when consumers demand the most “bang for their buck.”

If the women whom men claim to love and care about can’t stop the sexual coercion their loved ones commit against them, surely it would be unreasonable to expect prostituted women to stop sexually coercive men from committing violence against them. Raped wives and mothers are barely believed, prostituted rape victims are believed even less.

MZ: What else can you tell us about the demand side of prostitution?

SB: Johns are by far the largest demographic involved with prostitution, greater in numbers than all prostitutes and pimps combined. People quibble over what percentage of prostitutes “choose” it while ignoring that 100 percent of johns choose prostitution.

The phrase “red light district” refers those neighborhoods in every sizable city where men can go to sexually prey on girls with society’s permission. They are the rape neighborhoods, places where rape is a little more okay than it is elsewhere and everyone knows it.

When sex is “work,” rape is theft. Every time someone calls prostitution "sex work" they affirm for misogynists what misogynists already believe, that a man raping a woman is more akin to a man shoplifting than a man inflicting life-wrecking torture. A man's agreement to pay $150 for sex makes the rape he commits a crime worth $150 in the public eye.

MZ: Do you feel your research and work has had an impact in educating the general public, countering the neo-liberal narrative, and naming the problem?

SB: I'm realistic about how much one freelance journalist can achieve, but feedback over the many years I've been doing this activism says I've been at least somewhat successful changing minds. I'm especially proud of my work analyzing prostitution research from Norway, those writings have been translated into several languages and used by abolitionist activists in Europe to press for the Nordic model of criminalizing demand for prostitution.

As much as I would love to take more credit for the heightened awareness about sex trafficking in the past few years, I honestly think the problem itself has exploded at such a rate that citizens can no longer ignore it or pretend it isn't happening in their own communities.

SB: Because I have a full-time nonprofit day job, evenings and weekends are when the glamorous work of Skype meetings and note-taking, reading up on news, and writing happen. Most of the daily work lies in responding to emails and otherwise corresponding with people in a timely way. The weeks are punctuated with an educational event here or an activist action there, and these past few years I’ve been organizing one large conference each year, but mainly it’s the small interactions with others that are the real business of building a movement against prostitution.

MZ: What can someone reading this article do to help?

SB: There's a role for everyone who wants to do something about sex-based slavery. For some that means joining and supporting abolitionist groups either locally or online, for others it begins with ending their own personal consumption of sex industry products like pornography. Start small and reject any impulse to rush in and "rescue" women or girls in prostitution because that's best left to people trained to deal with violent, organized criminals.

Feminists are seeing pushback from their success in reframing prostitution as a human rights violation. The better we are at what we do, the stronger the pimps and traffickers have to work to convince men that paying for sex is a safe and ethical use of their money and bodies.

MZ: Is there a question you've always wished someone would ask about your work but so far, no one has? If so, please tell us and answer that question now!

SB: Great question! It has come up in private conversations, but most people don't ask me to delve into the emotional risks that come with constantly thinking about and working against organized rape for profit. Secondary trauma from doing this activism needs to be taken seriously if we’re not going to burn ourselves out.

I’ve gotten better at handling the empathy I feel for prostitution survivors as I learn the details of what they endured. These are horrific injuries no one wants to listen to but someone has to, and I have committed myself to listening. If I want to serve women for the rest of my life, then I need to take good care of the resource that is my life. Thankfully, the international community of radical feminists I’m a part of sustains me through the darkest days when I’m overwhelmed and want to give up.  Days when I can give back that gift of hope to other women who are slipping into despair are my brightest days.

MZ: How can folks get in touch with you, get involved, and help with this essential work?

SB: I can be reached at my blog or my email (This email address is being protected from spambots. You need JavaScript enabled to view it.) to connect you with people who can make the most of the skills and resources you have to offer this critically necessary political movement.

"Stomping Johns: The Demand Side of Prostitution" by Mickey Z. is licensed under a Creative Commons Attribution-ShareAlike 4.0 International License.
Based on a work at http://worldnewstrust.com/stomping-johns-the-demand-side-of-prostitution-mickey-z.