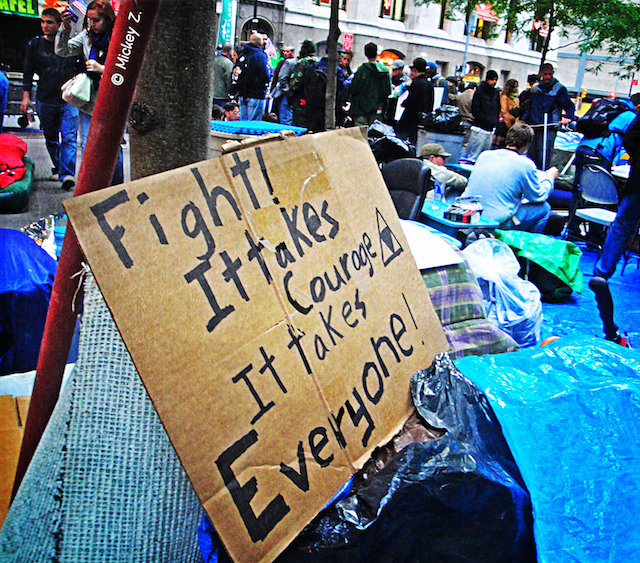 “Forget safety. Live where you fear to live. Destroy your reputation. Be notorious.”

From top to bottom, the human spine is made up of 33 bones -- called vertebrae -- connected by ligaments and muscles to form the spinal column, which protects the spinal cord: a pillar of nerves that connects your brain to the rest of your body.

Without a spinal cord, you could not move your body.

Without a spine, you could not stand tall and keep yourself upright.

Uh-oh, I smell a metaphor brewing…

Without a healthy backbone -- figuratively speaking -- we cannot stand up for ourselves… or others. We are symbolically spineless.

As the folks at HealingKeys.com add: “The spine symbolizes our strength, courage, being centered and uprightness. Problems with our spine indicate feelings of weakness and fear. We have lost our centeredness and emotional integrity and are feeling overburdened.

One might say that when we feel weak or overburdened, we are, in a way, spineless. But when we’re centered and in touch with our emotional integrity, we are, well, occupying backbone.

Spineless is succumbing to the relentless two-party propaganda and voting for an allegedly lesser evil.
Backbone is tirelessly working to create enduring, bottom-up change -- via outreach and direct action.

Spineless is believing the media stereotypes about activists and activism.
Backbone is being too busy fighting for liberation to give a shit.

Spineless is splintering a movement with counterproductive and ego-driven attacks.
Backbone is respecting that successful activism is never either/or.

Spineless is not examining ourselves and our own personal choices.
Backbone is living the revolution 24/7.

Spineless is living in fear of social norms, oppressive laws, and loss of reputation.
Backbone is being less afraid of the State than of living on a planet without trees, without drinkable water without arable land, without a hint of justice.

Spineless is playing it safe.
Backbone is recognizing that safety is an illusion.

There’s no shortage of ego-trippers and drama seekers; activists seeking excuses to remain in-activists; and mainstream types ever-willing to surrender their faculty for critical thought. If you rebuild and fortify your subversive spine and stand up in the name of collective liberation, all of them (and more) will be coiled and ready to attack.

It’s never easy to challenge the status quo, to stand out, to consciously opt out of groupthink… but it’s a whole lot easier with a strong and flexible spine.

No one knows how the realm of rebellion will play out in 2014 but without some committed and sustained backbone from a wide range of allies, it cannot grow, evolve, and realize its potential.

If this generation of activists does not realize its potential, well… basically… we’re fucked.

The metaphorical choice must be made: Spinelessness or Backbone.

The future is waiting upon your decision.

Note: To continue conversations like this, come see Mickey Z. in person on Feb. 5 at Bluestockings Bookstore in NYC.