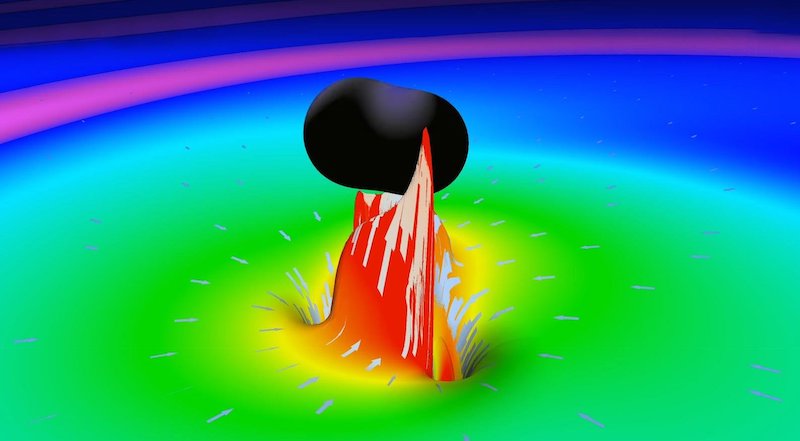 Instant of a simulation in which two black holes merge. The collision of two rotating wormholes would trigger a similar deformation of space-time, leaving 'echoes' in the signal. Credit: LIGO LabCaltech

June 13, 2018 (Phys.org) -- The collision of rotating wormholes would cause a deformation of space-time similar to that of colliding black holes, leaving "echoes" in the signal, scientists say.

The scientific collaborations LIGO and Virgo have detected gravitational waves from the fusion of two black holes, inaugurating a new era in the study of the cosmos. But what if those ripples of space-time were not produced by black holes, but by other exotic objects?

A team of European physicists suggests an alternative -- wormholes that can be traversed to appear in another universe.