Special Counsel Can Examine Trump From All Angles | Noah Feldman 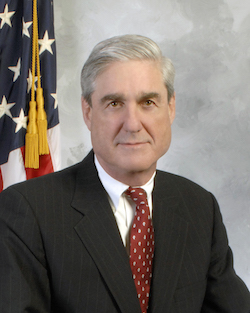 Robert S. Mueller IIIHistory shows that Robert Mueller's investigation might not end up where it starts.

May 17, 2017 (Bloomberg) -- Former FBI Director Robert Mueller’s appointment by the Department of Justice as special counsel on Wednesday puts him in charge of investigating ties between Russia and the Donald Trump campaign. But if history is any guide, that won’t be the most important part of his inquiry. The letter appointing Mueller also authorizes him to examine and prosecute “any matters that arose or may arise directly from the investigation.”

The key words are “any” and “arise” -- remember them. Together they confer exceedingly broad authority, more than enough to let Mueller follow his investigation wherever it leads. Don’t forget Ken Starr’s investigation of President Bill Clinton, which began with the dud lead of the Whitewater scandal and ended with Monica Lewinsky and impeachment.

The lesson of modern inquiries into presidential wrongdoing is that the underlying suspicions that trigger the investigation aren’t usually what brings the president to the brink of impeachment or beyond.