Some Conspiracies Are Real: The Nazi-CIA Connection | Mickey Z. 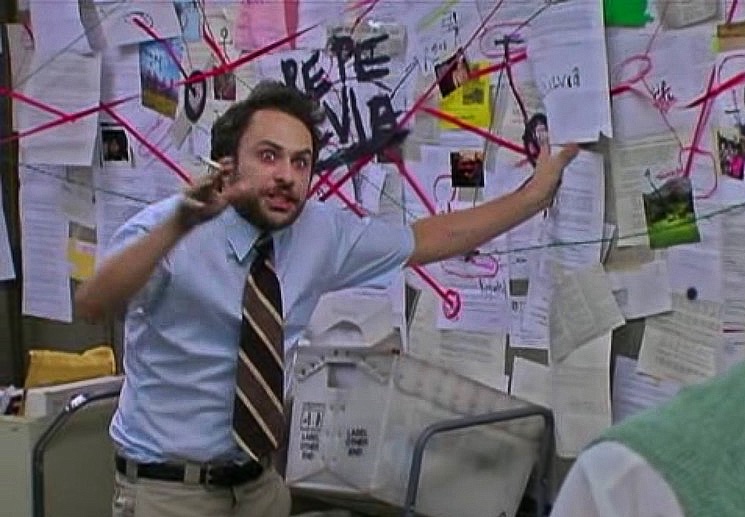 So far, the year 2020 has been sort of a grand unified compilation of centuries worth of conspiracies and theories. But I’m not here to talk about that (yet). Instead, I have two reminders:

With this in mind, I’m beginning a new series of articles designed to demonstrate that “the elites” do indeed conspire to commit acts that benefit them and their ilk. Entry #1: The United States and the CIA rescued and recruited Nazi war criminals after World War II to bolster their intelligence, military, and space program efforts.

Preface: The most well-known of these men was Wernher von Braun — a man described as the “leading figure in the development of rocket technology in Nazi Germany and a pioneer of rocket and space technology in the United States.” His career — from exploiting Jewish slave labor to becoming a decorated NASA architect — is well-documented here. For the purposes of this article, I’ll focus on some of the other, lesser-known Nazis who were assimilated into America’s “Greatest Generation.” 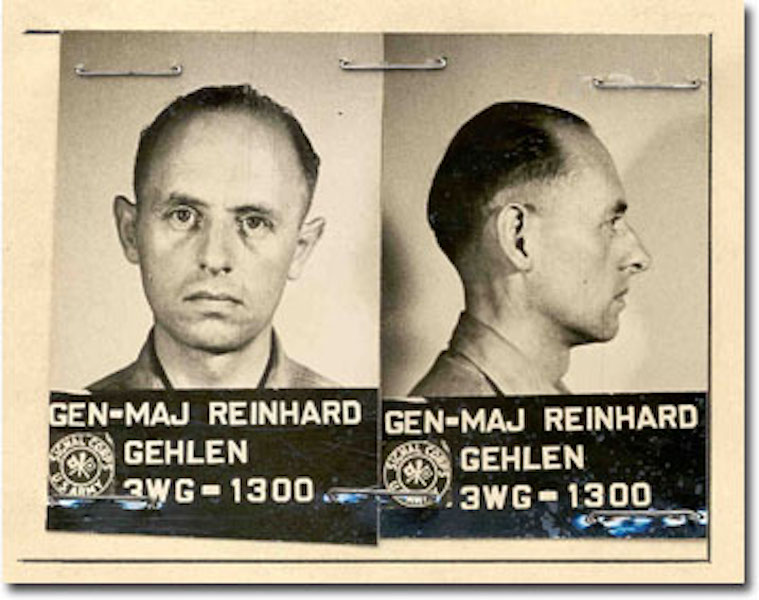 Reinhard Gehlen as a Wehrmacht Major General in 1945 (public domain)

“I am a general and chief of the intelligence department of the High Command of the German Army. I have information of the highest importance for your Supreme Commander and the American government, and I must be taken immediately to your senior commander.”

It was with these words that General Reinhard Gehlen, Hitler’s notorious eastern front espionage chief, began his relationship with the Office of Strategic Services (OSS) and the budding U.S. intelligence community. As the OSS was transformed into the Central Intelligence Agency (CIA), yet another of many dark alliances emerged.

After surrendering on May 22, 1945, Gehlen, or “Reinhard the Fox,” was eventually interviewed by OSS founders “Wild” Bill Donovan and Allen Dulles after flying to Washington in the uniform of a U.S. general. According to his biographer, Leonard Mosley, Dulles recommended that the Nazi super-spy be given a budget of $3,500,000 and “set up in business as the supplier of Russian and East European intelligence.”

But the shrewd Gehlen had some conditions:

Considering that Gehlen was essentially a prisoner of war who could have been brought up on charges of war crimes, these demands were remarkable. Even more remarkable, at first blush, is the fact that the United States complied. However, when viewed through the prism of the rapidly escalating Cold War, a Nazi-CIA alliance becomes rather predictable.

With German defeat imminent, Gehlen instructed several members of his staff to begin microfilming intelligence on the USSR beginning in March 1945. After secretly burying this material throughout the Austrian Alps, Gehlen and his men sought a deal.

Upon his surrender, Gehlen was taken to Fort Hunt, Virginia, where he convinced his U.S. counterparts that the Soviets were planning a westward expansion. Before the end of 1945, Gehlen and most of his high command were freed from POW camps and ready to supply what rabid American cold warriors were dying to hear.

By way of the torture, interrogation, and mass starvation of the four million-plus Soviet POWs at his disposal, Gehlen procured the information that would save him and some of his Third Reich cohorts from the gallows. He and his staff eventually became known as “the Gehlen Org,” which was funded by the United States until a new German government came to power.

For nearly a full decade, the Gehlen Org was essentially the CIA’s singular source for Eastern European intelligence. The fruits of this relationship manifested themselves in a deadly Cold War and, true to his job experiences in the war-torn Soviet Union, Reinhard the Fox did whatever it took to stay in business. 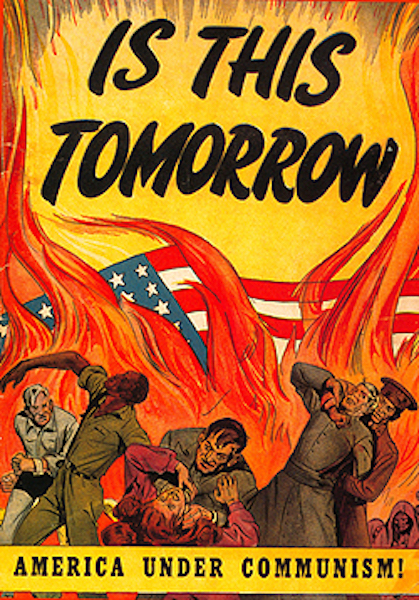 “Gehlen had to make his money by creating a threat that we were afraid of, so we would give him more money to tell us about it,” explains Victor Marchetti, formerly the CIA’s chief analyst of Soviet strategic war plans and capabilities.

When Allen Dulles became CIA Director in 1953, (brother John was already Eisenhower’s Secretary of State by that time), his response to the claim that Gehlen, a known Nazi war criminal, was purposely intensifying the Cold War and influencing American public opinion was: “I don’t know if he’s a rascal. There are few archbishops in espionage … Besides, one needn’t ask him to one’s club.”

Other salaried U.S. recruits from the pool of available sociopaths included:

There was also General Walter Dornberger. He was never indicted nor tried for war crimes, but was brought over to this country by the U.S. Air Force in 1947 for his expertise in rocketry and missile technology.

What the Air Force and Corporate America chose to ignore is the fact that much of Dornberger’s research at the underground Nazi factory near Nordhausen was carried out with help of slave labor from the nearby Mittelbau-Dora concentration camp. At least 20,000 prisoners were killed in the course of Dornberger’s project. 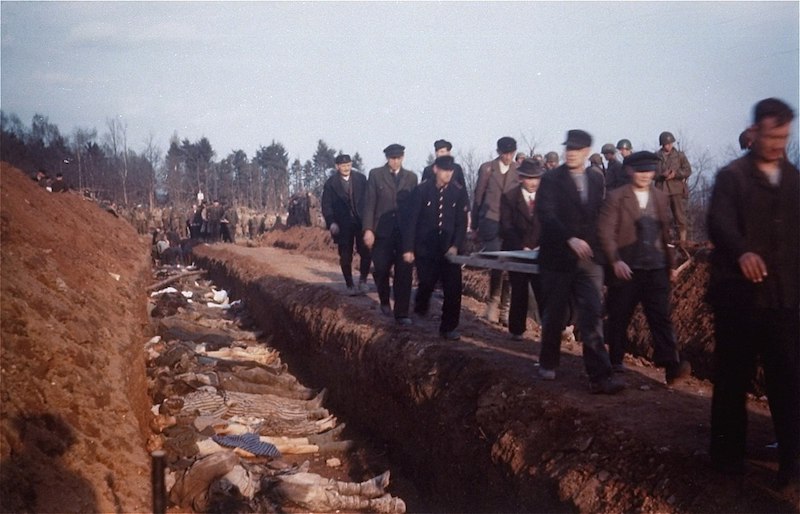 Supervised by American soldiers, German civilians from the town of Nordhausen bury the corpses of prisoners found at the Mittelbau-Dora concentration camp in mass graves. Rare colour photograph taken in 1945. (public domain)

While it may be pointed out that Dornberger did not directly control the slaves used to do his work, he did set the schedule that eventually worked them to death. Even after food ran out for the slave laborers in early 1945, Dornberger, who had visited the Nordhausen factory on many occasions and was familiar with the goings-on there, never slowed down his work orders.

Despite all this, once he was safely in Cold War-crazed America, the valuable Herr Dornberger rose to the level of senior vice-president in the Bell Aerosystems Division of Textron Corporation and died a well-respected anti-communist in 1980.

How does the CIA justify its post-Good [sic] War activities — some of which involved working side-by-side with mass murderers in order to raise the stakes in an already pernicious Cold War?

“We are not Boy Scouts,” explained agency director Richard Helms.

Before anyone comments, let me assure you I know that a) the Soviets would’ve happily grabbed some of these scientists if the United States didn’t and b) "war is hell" and all the other clichés. If you choose to find ways to justify the details above, I’m not here to debate you.

The purpose of this article — in a time when trust in elected and corporate leaders may have (justifiably) reached an all-time low — is to remind you: When attempting to unravel the behaviors of today’s ruling class, it helps to educate yourself about their actions in the past.

Some Conspiracies Are Real: The Nazi-CIA Connection by Mickey Z, is licensed under CC BY-SA 4.0