So far, the year 2020 has been sort of a grand unified compilation of centuries worth of conspiracies and theories. But I’m not here to parse that out (yet). Instead, I have two reminders:

With that in mind, I’m continuing my series of articles designed to demonstrate that “the elites” do indeed conspire to commit acts that benefit them and their ilk.

Entry #1 can be found here.

Entry #2: Lies willfully manufactured by a public relations firm smoothed the path for the United States to launch a deadly, decades-long military campaign against the people of Iraq. 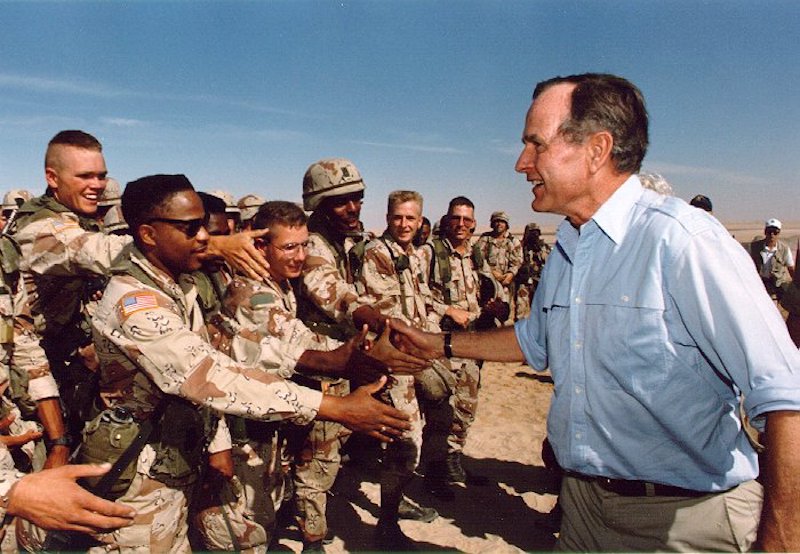 After being invaded by Iraq on Aug. 2, 1990, the government of Kuwait funded as many as 20 PR, law, and lobby firms to marshal world opinion in its favor. One such firm was NYC-based Hill & Knowlton (H&K), which was paid at least $12 million to conspire with the Kuwaiti government. As part of this effort, H&K conducted a study to discern the most effective method for garnering widespread U.S. support in defense of Kuwait. Put more bluntly: They were hired to find the quickest-acting propaganda.

In no time, the answer was clear: emphasize the atrocities (real or imagined) committed by Iraqi soldiers. Enter “Nurse Nayirah” from Kuwait.

On Oct. 10, 1990 — without her background ever being vetted — Nayirah gave testimony to the U.S. Congressional Human Rights Caucus. She tearfully described witnessing Iraqi troops stealing incubators from a hospital, leaving 312 babies “on the cold floor to die.”

In reality, “Nurse Nayirah” was the 15-year-old daughter of Saud Al-Sabah, the Kuwaiti ambassador to the United States. She was an aspiring actress and the story was an elaborate hoax. Nayirah’s false testimony was part of H&K’s well-funded conspiracy of deception.

All this came out too late to prevent mass slaughter — with no complaint from U.S. government officials, of course. For example, Brent Scowcroft, President George H.W. Bush’s national security adviser at the time, claimed ignorance about the plot but admitted: “It was useful in mobilizing public opinion.”

President Bush repeated Nayirah’s fabrication multiple times as he rounded up Congressional support for his war plans in the months following her testimony. By way of justifying their “aye” votes, seven U.S. senators also quoted Nayirah in their own speeches. The resolution passed on Jan. 14, 1991. Two days later (after months of deadly sanctions), the coalition bombing commenced.

To accurately document the human cost in Iraq since Nayirah’s performance would require another full article. For now, I’ll leave you with some findings from the London School of Economics in 2006: Between 1991 and 1998, there were an estimated 380,000 and 480,000 excess child deaths in Iraq due to the U.S.-led military actions and economic sanctions.

The cruel irony is that deceitful testimony about murdered Kuwaiti children — as part of a well-orchestrated conspiracy — directly led to innumerable Iraqi children actually losing their lives over the next three decades. 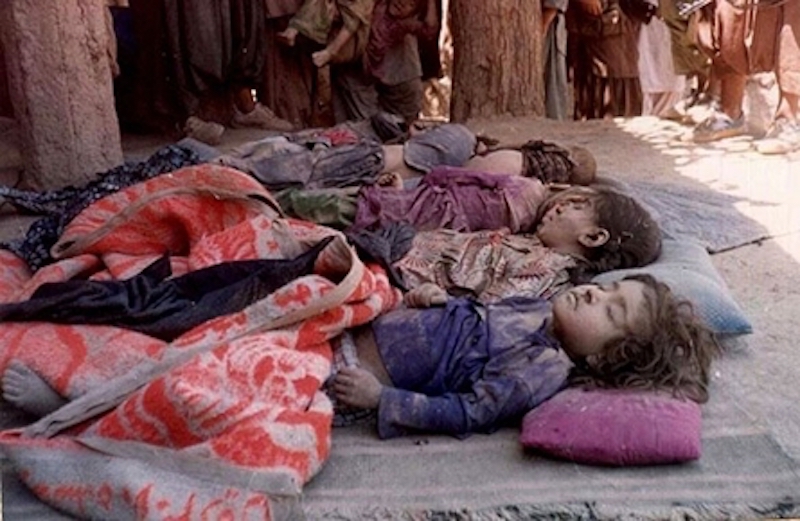 Addendum: Another of the firms hired by Kuwait in 1990, The Rendon Group, was called on once again after America’s post-9/11 assault on Afghanistan. In order to make itself look good while bombing Afghanistan, the Pentagon offered Rendon a four-month deal worth $397,000.

“We needed a firm that could provide strategic counsel immediately,” Lt. Col. Kenneth McClellan, a media officer at the Pentagon, said. “We were interested in someone that we knew could come in quickly and help us orient to the challenge of communicating to a wide range of groups around the world.”

The beat goes on…

Before anyone comments, let me assure you I know that: a) the Iraqis were responsible for their own deception and war crimes, and b) “war is hell” and all the other clichés. If you choose to find ways to justify the details above, I’m not here to debate you.

The purpose of this article — in a time when trust in elected and corporate leaders may have (justifiably) reached an all-time low — is to remind you: When attempting to unravel the behaviors of today’s ruling class, it helps to educate yourself about their actions in the past.