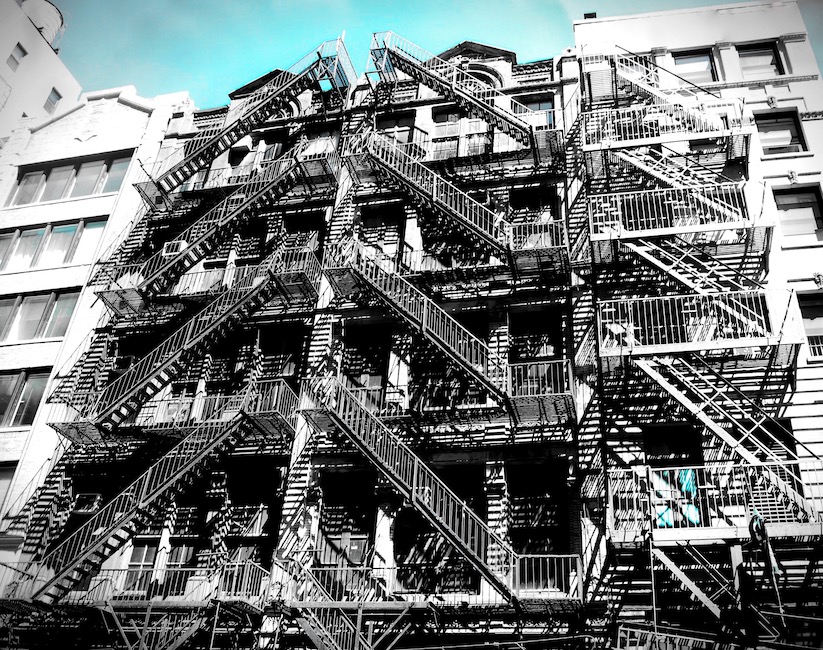 The Covid quarantine has helped remind me of just how much I appreciate my fire escape -- and fire escapes, in general. Unable to spend much time on the streets of Astoria these days, I’ve come to utilize my fire escape like a top-floor terrace. With earphones plugged in, I listen to podcasts while feeding the birds, gazing at the trees, or waving to the occasional neighbor who may venture outside.

But this is nothing new. I’ve lived in NYC apartments my entire life and whenever those dwellings had a fire escape, that’s often where you’d find me.

Fire escapes have been mandated in my hometown since the 1867 Tenement House Act (two decades before the powers-that-be required indoor toilets, btw). In 1968, however, the construction of new fire escapes was banned so you can safely assume that any such remaining structures are at least five decades old. 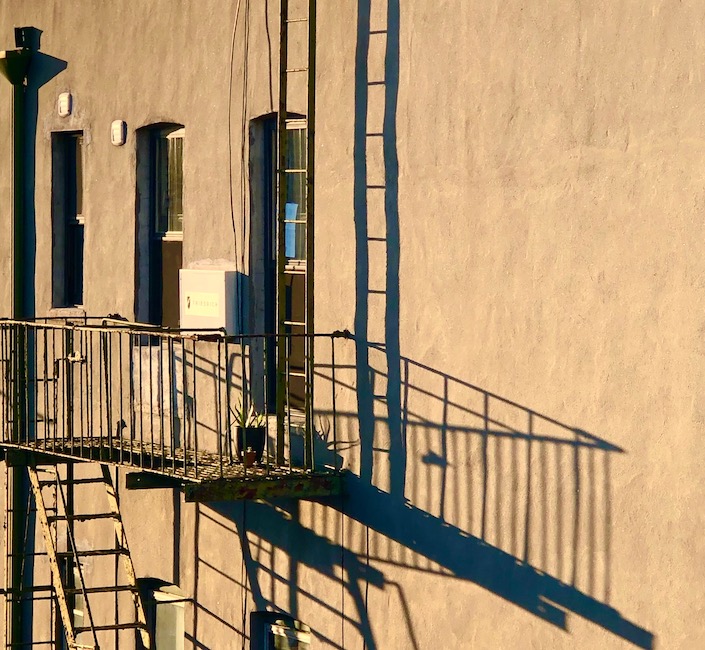 During my younger years, my family lived in a fourth-floor walkup. The fire escape was accessible through the window of the room I shared with my older sister. We lived within four or five blocks of the legendary Silvercup bread factory. Each afternoon, a seat on my fire escape would provide you with a free aromatherapy treatment -- as the intoxicating bouquet of bread baking wafted across my fortunate neighborhood.

Silvercup the bread factory eventually closed and the building was transformed into Silvercup the film/TV studio. As fate would have it, during my “acting” days, I filmed a role there in a low-budget, direct-to-video fiasco called Necropolis. For this cinematic classic, I endured two hours of special effects make-up to play a cult member zombie and look like this: 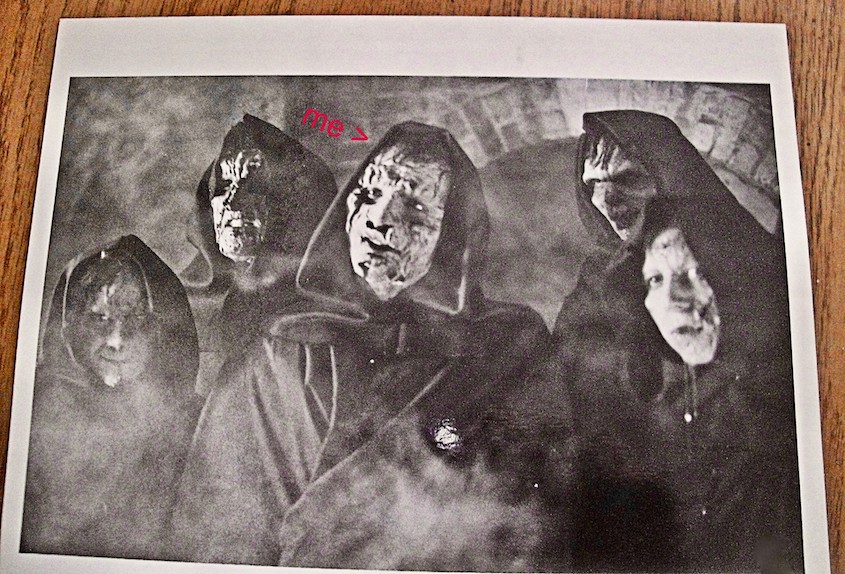 All in all, I would’ve preferred to visit Silvercup when the bread was still being made.

Years later, I would try sleeping on my current fire escape. It wasn’t due to any daredevil spirit, trust me. Rather, the sight of yours truly three flights up sporting boxer shorts and a death grip on the bars came courtesy of Con Edison.

The lights first dimmed on Monday, July 17, 2006 -- smack dab in the middle of an oppressive Big Apple heatwave. Over the next eight days, as Con Ed dangerously underestimated the impact, the neighborhoods of Astoria, Long Island City, Sunnyside, and Woodside were in on-and-off blackout mode.

As many as 175,000 of my neighbors were impacted. Some had to be delivered supplies of refrigerated insulin, elderly residents were housed in 24/7 senior centers, and the Red Cross stepped in with tens of thousands of meals and bottles of water.

Veteran New Yorkers knew the drill: flashlights, candles, food rotting in the fridge, neighbors sitting on stoops as they swap “where were you when the lights went out?” tales. Fire engine sirens sounded all through those nights, darkened traffic lights made every intersection an adventure, manhole covers popped like champagne corks, but most disturbing were the smoking and burning power lines. This I had never seen. Thick black cables strung from wooden pole to wooden pole smoldered, crackled, and burst into flames as frightened locals looked on.

This scenario was more than just electrical grid supply and demand. According to the New York Times, the western Queens power network “had the most failures of any of the 57 underground networks in New York City for the last two years.”

The Times went on to explain that several failures “involved components that were 30 to 60 years old,” including one cable which failed six times in 2005 and had a 67-year-old component. TV news outlets, lulled by Con Ed’s self-serving undercount of only 8,000 Queens residents impacted, focused their attention instead on those without power (due to a storm) in well-heeled Westchester.

Here’s some of what I wrote at the time:

Power has, for the most part, been restored in Astoria and the surrounding burgs. Small businesses are desperately trying to recoup losses and, as they say, life is returning to “normal.” But if that means we continue trusting those in power to do the right thing, maybe we need a new normal. If it means overusing electricity, taking for granted that lights will go on when we hit a switch, or maintaining our awed trust in technology, I’d say “normal” may be the real problem. If the Queens blackout can help us discover a more enlightened perspective, Con Ed just may have done us a favor.