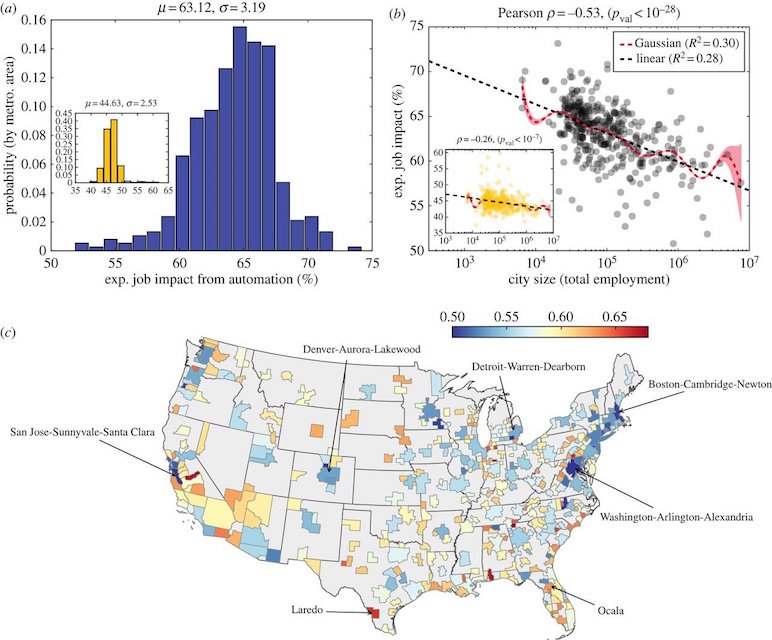 June 11, 2018 (TechXplore) -- A small team of researchers from MIT and Northwestern University's Kellogg School of Management has found evidence that automation will cause more job loss in smaller cities than large cities.

In their paper published in Journal of the Royal Society Interface, the team describes their analysis of prior research to discern which sorts of jobs are most likely to be taken over by machines, and how it might apply to cities.

As technological advances march ever onward, increasing numbers of jobs once held by humans are being taken over by machines or robots -- the automotive industry is a prime example. Robots now play a major role in manufacturing plants. But which sorts of workers need to worry about losing their jobs to robots, and which are relativity safe? That was what the researchers sought to learn.