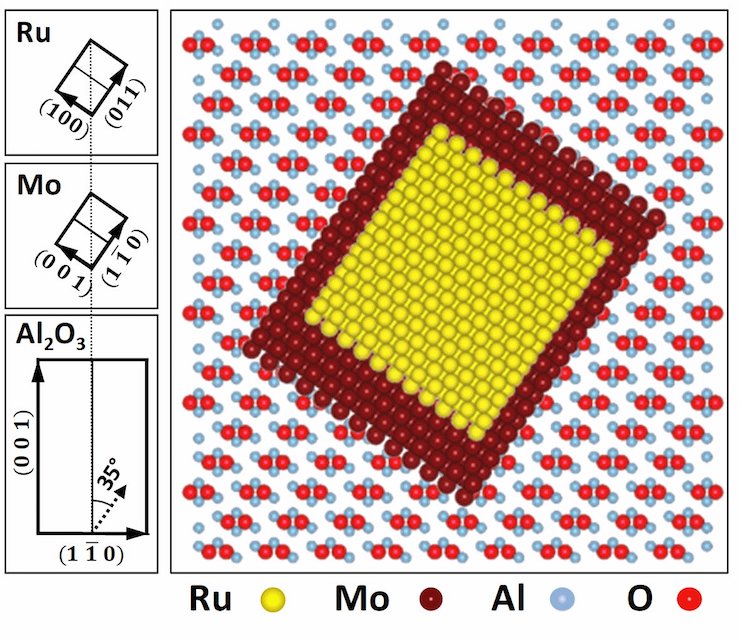 May 25, 2018 (Phys.org) -- A new experimental discovery, led by researchers at the University of Minnesota, demonstrates that the chemical element ruthenium (Ru) is the fourth single element to have unique magnetic properties at room temperature. The discovery could be used to improve sensors, devices in the computer memory and logic industry, or other devices using magnetic materials.

The use of ferromagnetism, or the basic mechanism by which certain materials (such as iron) form permanent magnets or are attracted to magnets, reaches back as far as ancient times when lodestone was used for navigation. Since then only three elements on the periodic table have been found to be ferromagnetic at room temperature -- iron (Fe), cobalt (Co), and nickel (Ni). The rare earth element gadolinium (Gd) nearly misses by only 8 degrees Celsius.

Magnetic materials are very important in industry and modern technology and have been used for fundamental studies and in many everyday applications such as sensors, electric motors, generators, hard disk media, and most recently spintronic memories. As thin film growth has improved over the past few decades, so has the ability to control the structure of crystal lattices—or even force structures that are impossible in nature. This new study demonstrates that Ru can be the fourth single element ferromagnetic material by using ultra-thin films to force the ferromagnetic phase.

The details of their work are published in the most recent issue of Nature Communications. The lead author of the paper is a recent University of Minnesota Ph.D. graduate Patrick Quarterman, who is a National Research Council (NRC) postdoctoral fellow at the National Institute of Standards and Technology (NIST).