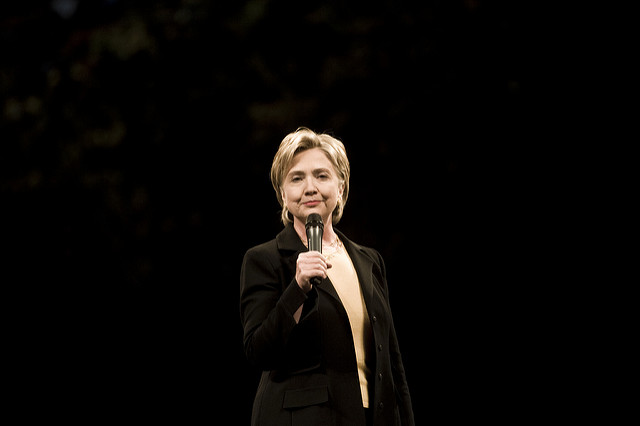 There's a disturbing dynamic that occurs on every Manhattan street corner, every minute of every day. Watch the typical New York City pedestrian as they reach the curb at a red light and you get a pretty good idea what it's like to deal with an overcrowded, rancorous metropolitan area on a daily basis: No one waits on the sidewalk.

Even if a thousand cars are racing by, practically every single New Yorker insists on stepping a few feet out into the street while waiting for the light to change. They'll even go as far as squeezing themselves past other impatient street-crossers just to get to the front of the programmed pack.

We’re so hyped up, so overstressed, so conditioned to do everything at warp speed that we can't even endure waiting 30 seconds for a damn traffic light. We'll risk death by stepping off the curb in order to get a head start on our “competition” when the light turns green.

With this in mind, I’d like to re-visit an old thought experiment of mine (and please spare me the “this could never happen” retorts): Let's say I'm on such a corner as a pedestrian pushes past me -- too harried to realize that she’s stepping directly into the path of an onrushing SUV. I reach out, grab hold of her jacket, and yank her back to safety… only to realize it was none other than Democratic frontrunner for the White House, Hillary Rodham Clinton.

Initially, I'd likely be relieved and gratified to have saved a fellow earthling’s life -- even if that earthling is responsible, in part, for innumerable deaths (with perhaps, many more on the way). Given a few minutes to digest the scenario, I might begin to feel conflicted. What if I would've known in advance it was Hillary whose life was in danger? Would I have risked bodily harm to save her?

Hillary Clinton, in my estimation, has been an oppressive and violent force for decades: part of the much larger culture of phallocentric, relentless necrophilia. To save her life (or the life of any other major political/corporate player) is to doom countless others to more misery and death.

If I didn't react swiftly to pull Hillary to safety, surely her passing would cause sadness. Friends and family would mourn. People close to her and her many supporters would understandably be devastated, heartbroken. However, HRC’s efforts over the years have spread global sorrow and mourning on a far greater scale. Has she, I wonder, ever considered the myriad family and friends whose lives have been shattered thanks to the political machine she’s served so well?

It's not fantasy to assume that, across the planet, some folks may celebrate when a high-ranking member of the U.S. military-industrial complex passes on.

Still, of course, we can’t forget: they’re almost all replaceable. There's always another commissar ready to step in and keep things running… with or without Hillary. Thus, even those most victimized by American imperialism and interventionism would theoretically not even notice the change. So, again:

Q. If I knew in advance it was Hillary Clinton whose life was in danger on that NYC street corner, would I have risked potential bodily harm to save her?

Q. What would you do?

Saving Hillary’s Life by Mickey Z. is licensed under a Creative Commons Attribution-ShareAlike 4.0 International License.
Based on a work at http://worldnewstrust.com/saving-hillary-s-life-mickey-z.