NOTE: A reader brought to my attention this FBI site, which reports no murders in Newtown, Connecticut, in 2012. The FBI is reported to have been on the Sandy Hook case and surely is aware of the reported murders.

According to Snopes, the “record keeping anomaly” stems from the murders being included in Connecticut state police records under statewide totals and not under Newtown. This does not explain why other murders are attributed to the towns in which they occurred.

It hardly seems appropriate for Snopes to blame “conspiracy theorists” for the FBI’s failure to account for the Sandy Hook murders in its murder report for Connecticut. Is Snopes saying that those who notice anomalies should stay quiet about them? Raising questions is not a conspiracy theory. Many more questions should have been raised about Saddam Hussein’s alleged WMD, Assad’s alleged “use of chemical weapons,” alleged “Iranian nukes,” Tonkin Gulf, etc.

March 1, 2016 (PaulCraigRoberts.org) -- Perhaps the most unusual feature of the Sandy Hook story is the large number of photographs that have been released in order to document the story. It is as if there is no event without the proof supplied by the photographs.

This is unusual. When, for example, the FBI murdered approximately 100 men, women and children in the Branch Davidian compound in Waco, Texas, the reality of the victims did not have to be established with a large number of photos establishing that the victims were real people with real families. When workers “go postal” and shoot their coworkers, photos are not used to prove that those killed were real people with real families. When an airplane crashes, the event does not have to be verified with news coverage of grieving relatives.

Yet photos are a defining characteristic of Sandy Hook. It is almost like the photos are the event.

The importance of Sandy Hook photos is of concern when so many experts demonstrate that so many of the photos are photoshopped. Among the Sandy Hook photos are photos that are collages of separate photos that have been put together. Others have people inserted into photos. There are a large number of YouTube videos in which people knowledgeable about the techniques of photo alteration demonstrate problems with the photographs.

In response to links I provided to Jim Fetzer’s walk through of several events that have so many anomalies as to raise suspicions, I received emails from people who have the skills to analyze whether a photo is real or a construction.

Some of the explanations are too technical for an inexperienced person to follow, but the photos below are so problematic that expert explanations seem unnecessary. 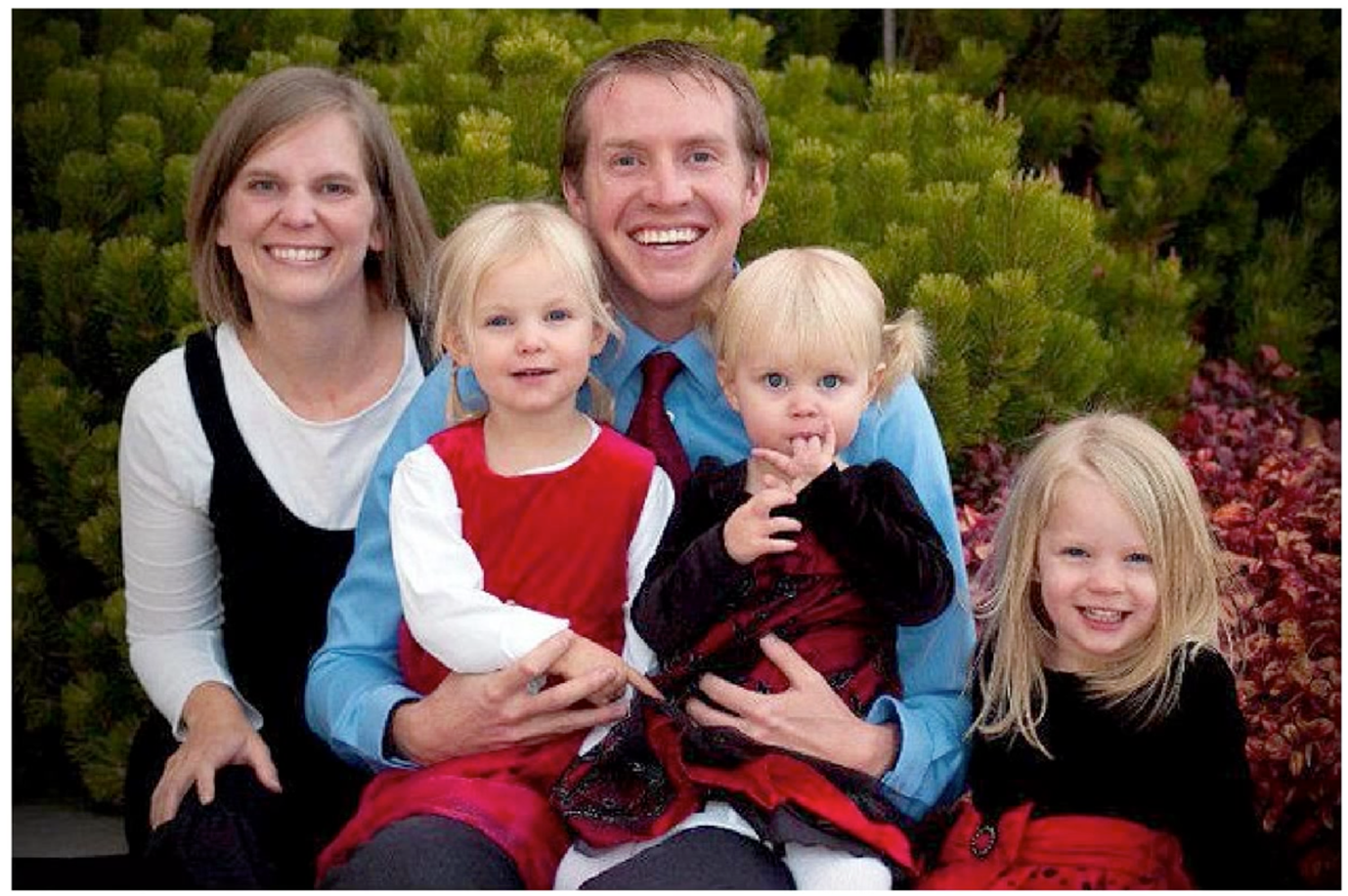 This is a photo used to establish that the little girl on the right, a Sandy Hook victim, is a member of the Robbie Parker family. Notice that the two children on Robbie Parker’s lap do not appear to have legs. Possibly the white material under the torso of the little girl with her fingers in her mouth can be construed as her legs, but it looks like material draped across Parker’s thigh. I see no sign of legs for the child in the red jumper, and the purpose of the red material draped across Parker’s other thigh escapes me. It is as if the photo was lifted from a waist up photo of the two children and placed on Robbie Parker’s lap. Notice that Robbie Parkers hands seem to be inserted into his sleeves. Experts tell me that an enlarged version of the photo reveals a straight line between Robbie Parker and the Sandy Hook child victim and that this is a sign that the victim was photoshopped into the photograph.

If this is indeed Robbie Parker’s family, why would the family picture have to be a collage of photographs? Why use a fake photograph to establish the identity of a real family? 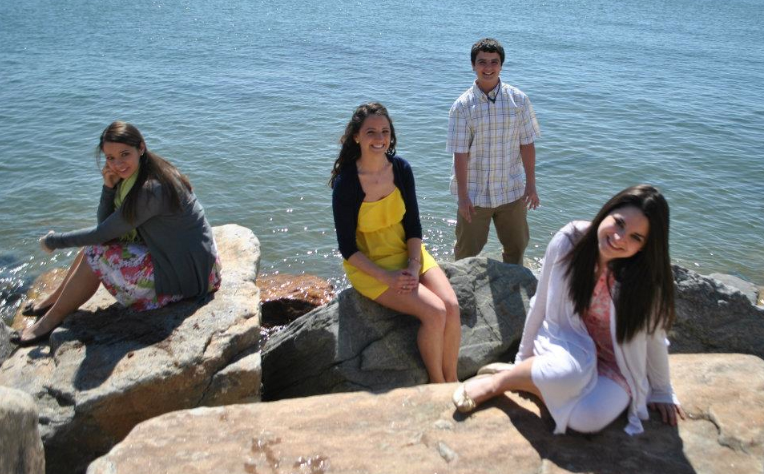 This is a photo used to establish the reality of one of the teachers allegedly killed in the Sandy Hook shooting. According to experts, there are many problems with this photo. Without going into any of them, notice that the shadow of the woman on the left falls to the southwest, but the shadow of the woman on the right falls to the southeast. This suggests the photo is a construction made from photos when the sun was in different positions in the sky. The shadows associated with the woman in yellow do not seem to relate to her, and the shadow in front of the standing man seems unrelated to him. 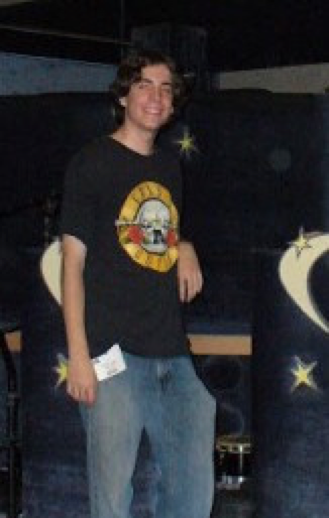 This photo is one of those used to establish the reality of Adam Lanza. It comes from a joint photo of Adam Lanza standing with his father. Experts tell me that this is a photoshopped photo. The left side of his upper body has been cut out to create the impression that he is leaning against the background, leaving his left hand disembodied. Notice his jeans. His left leg is far outside his left side body line and the jeans have to cut in sharply to connect with his waist line. 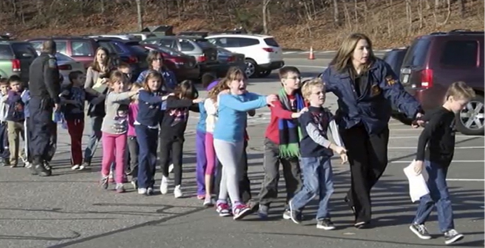 This photo is one used to indicate Sandy Hook school evacuation. There are several versions of this same photo with the same woman leading the children but with a different child at the head of the line. Other photos taken from further back show casually dressed adults who appear to be parents watching a drill exercise. The kids seem to be scowling or frowning from the bright sun, but the larger girl in blue appears to be upset. Notice that she is out of line, that the girl in white and pink behind her has her right hand on the girl in blue’s shoulder (experts say that the hand is “painted on”) and that there is a person wearing black pants between the two girls. How can this be? Experts say that the girl in the blue top was photoshopped into the photograph, perhaps to add the missing look of alarm.

Here is a close-up in which you can clearly see the kid who is in between the two girls. 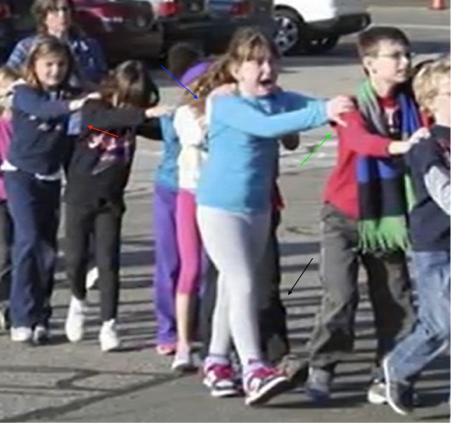 To sum up. There are two questions. Was Sandy Hook a drill that was turned into a public hoax by the use of doctored photos in the interest of an agenda? If not, why are so many of the released photos used to establish the reality of the event photoshopped?

Why not instead produce the death certificates of the murdered children if not photos? Why not prove with utility bills, school bus routes, and other evidence that the school was in operation and not closed due to numerous problems that the school is claimed to have had?

Those unable to entertain suspicion of government always insist that someone would talk and expose the conspiracy. This insistence is extremely naive. Jobs and careers are at stake and by now everyone has learned the fate of whistleblowers. There are safer ways to talk. Just as the Soviet press developed ways for readers to read between the lines, perhaps the carelessly faked Sandy Hook photographs are an example of those drawn into a government conspiracy “talking” by doing a bad job of producing faked photographs in order to alert us to a hoax.

What is disturbing to me is that I do not know if Sandy Hook is a real event or a hoax. In place of evidence such as bodies, body bags, death certificates, we have what appear to be faked photographs. Why?

Possibly there are other explanations for the anomalies in the photographs. Regardless, Sandy Hook cannot be decided on the basis of photographs alone. The problem I have with the official story is that such a massive event would leave massive evidence, and we have been shown very little evidence. Why can’t we be allowed to see the evidence?

Moreover, the Connecticut government refused to release evidence that would confirm that the shootings did take place. As far as I can tell from an Internet search, the children’s death certificates have never been released to the public. How can this be a privacy issue when the names and photographs of the murdered children are released? State authorities had to be ordered by a judge to release even the 911 calls to the police about the event. Here is a New York Times report.

The best way to avoid conspiracy theories is to do real investigations and to release real evidence. After all the serious lies we have been told, governments cannot expect us to simply be satisfied with their word for it.

If you look at the recent shootings and terror events, one cannot avoid the impression that scripted stories are instantly set in stone in the media prior to any investigation. The explanation comes first and takes the place of investigation.

Perhaps the evidence exists and we are not shown it because the government is training us to accept that truth is what the government says, so evidence is not necessary to support the story. In other words, government might be eliminating the belief that truth exists independently of government’s statements and can be in conflict with them.

Orwell’s 1984 is more prescient than farfetched, so we cannot dismiss this possibility.