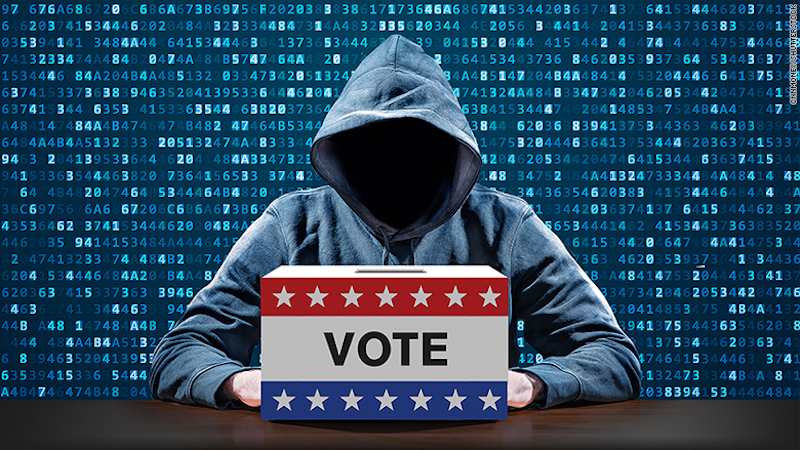 A ‘red phone’ warning to the Kremlin from Obama White House

June 13, 2017 (Bloomberg) -- Russia’s cyberattack on the U.S. electoral system before Donald Trump’s election was far more widespread than has been publicly revealed, including incursions into voter databases and software systems in almost twice as many states as previously reported.

In Illinois, investigators found evidence that cyber intruders tried to delete or alter voter data. The hackers accessed software designed to be used by poll workers on Election Day, and in at least one state accessed a campaign finance database. Details of the wave of attacks, in the summer and fall of 2016, were provided by three people with direct knowledge of the U.S. investigation into the matter. In all, the Russian hackers hit systems in a total of 39 states, one of them said.

The scope and sophistication so concerned Obama administration officials that they took an unprecedented step -- complaining directly to Moscow over a modern-day “red phone.” In October, two of the people said, the White House contacted the Kremlin on the back channel to offer detailed documents of what it said was Russia’s role in election meddling and to warn that the attacks risked setting off a broader conflict.

The new details, buttressed by a classified National Security Agency document recently disclosed by the Intercept, show the scope of alleged hacking that federal investigators are scrutinizing as they look into whether Trump campaign officials may have colluded in the efforts. But they also paint a worrisome picture for future elections: The newest portrayal of potentially deep vulnerabilities in the U.S.’s patchwork of voting technologies comes less than a week after former FBI Director James Comey warned Congress that Moscow isn’t done meddling.