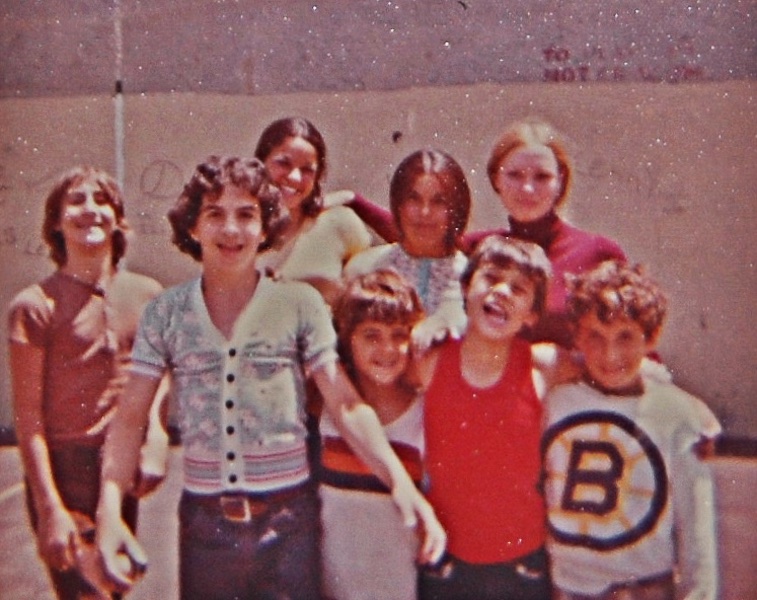 Me (second from left) in my ringalario days (Courtesy of Mickey Z.)

I’ve lived my entire life within concrete landscapes. During my earlier years — my juvenile delinquent years — my neighborhood was particularly industrial. Ominous factories; abandoned buildings; long, dark, and forbidden alleyways — and the breed of people who prowl such venues. Children, left their own devices in this type of environment, will fall back on the type of games that spring from their surroundings. One such popular diversion is officially called Ringolevio but amongst my crew, it was always Ringalario.

According to the always-reliable Wikipedia, ringalario is “a children's game that may be played anywhere but which originates in the streets of New York City, and is known to have been played there at least as far back as the late 19th century, when it was known as ‘ring relievo.’ It is one of the many variations of tag.”

Of course, rules varied widely from neighborhood to neighborhood (or even block to block). Here’s how we played it: Two teams of six to 10 kids were formed and a base (or “jail”) was selected. This might have been a stoop or even a parked car. Team A counted while the members of Team B ran off to hide individually anywhere on one square city block.

After the predetermined number count was reached, Team A would set out to find Team B. When they’d find a Team B member, that kid would have to be held still long enough (“tackled”) for the Team A member to shout: “Ringalario 1-2-3, 1-2-3, 1-2-3!” If not, the kid went free. If so, the captured “soldier” would be brought to the base which was guarded by a Team A member. When all the Team B members were found, the roles would be reversed. But, any Team B member who reached base on his own could hit it and yell “free.” This would release all his captured team members. As you might imagine, a street game like ringalario could drag on for hours. 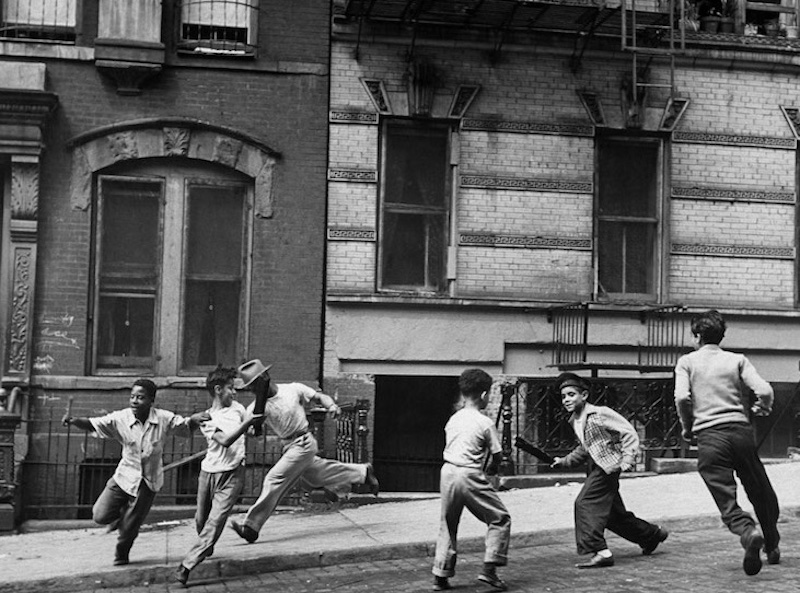 Think about it, what we were essentially practicing is war. Even Wikipedia even mentions how ringalario “requires close teamwork and near-military strategy.” One team would be on a search-and-destroy mission and the other was in rescue-and-recovery mode. We were literally hunting each other down — for fun. Can you say “masculine conditioning,” boys and girls?

None of this mattered to me in those days. By the time I was in the sixth grade, I had blossomed into a star athlete and thus, such games were a chance to shine. I was one of the fastest kids around, strong enough to shrug off capture attempts, and man… I could “dodge” people out like a street punk version of Barry Sanders.

Within a year, my best friend Bobby and I would rarely be allowed on the same team. It just wouldn’t be fair. But one time, I recall us teaming up with epic results. We played on a block that featured a small factory with a garage door big enough to fit a truck. Naturally, that door became base. Everyone on our team had been captured except me and Bobby… and we had a plan. We scaled a fence to get onto the roof of the factory itself — maybe 15 feet up.

We decided to hang-jump down on either side of the kid guarding the garage door. To do this, you’d hang by your fingertips from the lip of the roof to reduce the distance of the jump (and the chance of injury). On the count of three, we let go: About 10 feet of air time, straight down, and the base guard was utterly shocked. I was closest to him so he grabbed for me while Bobby freed everyone else. One of the freed kids circled back to free me and our team had a fully fresh start. In the days before video games and the internet, this was the stuff of legends. Think about it: If you add in some techno music and special effects, what I just described was basically a set piece from a buddy action flick. For us, it was just another night on the block. 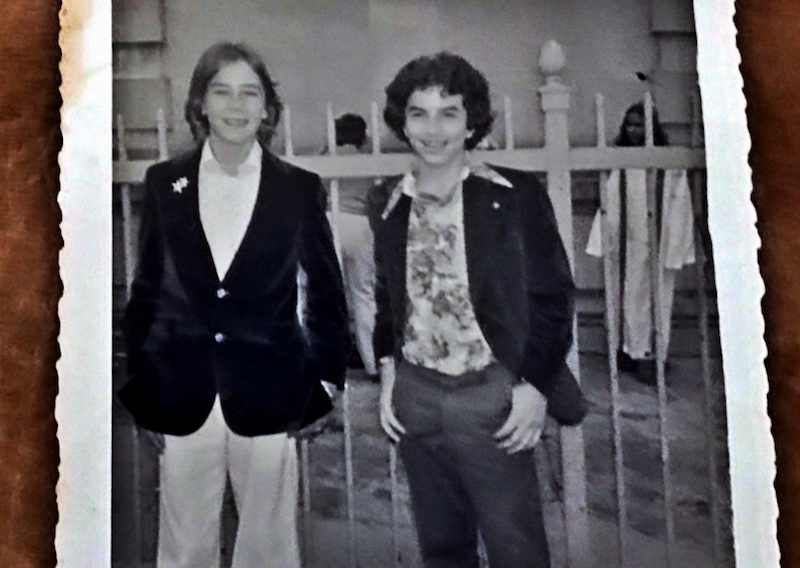 Bobby and I, ringalario kings, shortly after making the sacrament of Confirmation (Courtesy of Mickey Z.)

New York City author Thomas Pryor once said ringalario “might be the greatest game ever created.” He added: “It was a full-contact sport, guys would dive into base over missed tackles to free their teammates. You had the wildness of football and we played with girls. We captured girls and they captured us.” Speaking of girls…

By the eighth grade, ringalario had transformed into kiss-a-lario. The girls would go out to hide and the boys would turn the block upside down to find any of them. You see, the “rules” stated that if a boy found a girl, they were required to engage in a five-minute (at least) make-out session. If there was chemistry, those rules might be bent.

Now, let’s pull back the curtain on this variation. Young males, already programmed to accept a war game as normal, were behaving as literal predators, seeking out (supposedly) willing girls. Find one and you were entitled to some kissing. You don’t need a PhD. in psychology to discern what type of lessons were being internalized by both sexes. In the moment, however, our hormones reigned supreme and kiss-a-lario felt like an acceptable rite of passage. Critical analysis (for some, at least) could wait until one day in the far future.

“Pediatricians nowadays see fewer kids with broken bones from climbing trees and more children with longer-lasting repetitive-stress injuries, which are related to playing video games and typing at keyboards," writes Sally Deneen at The Daily Green. Richard Louv, author of Last Child in the Woods, calls this “nature deficit disorder.” As a fourth-grader quoted in Louv's book explains: “I like to play indoors better, because that's where all the electrical outlets are.”

Nature deficit disorder is obviously not a medical term; it's more of a social trend… a trend that plays into factoids like this: American children between the ages of 8 and 18 spend an average of NINE HOURS A DAY indoors staring at screens. Were some aspects of ringalario problematic? Of course, they were. But lemme be clear: I wouldn’t trade one single minute of a childhood that featured kiss-a-lario for all the digital devices in the world.