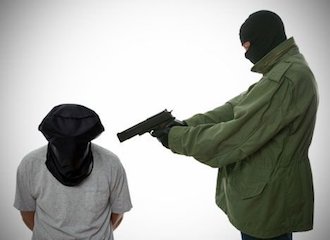 Think of the ObamaCare reform debate now playing in the U.S. Senate as the final gurglings of polity that knows it is whirling around the drain.

They’re pretending to attempt to fix a racket that comprises 8 percent of the American economy. Yikes! How did that happen? At the beginning of the 20th century it was one-quarter of one percent (0.25 percent) of the economy.

The standard explanation is that, first, Medicare jacked up overall healthcare activity in the 1960s, hauling in a customer-base of old folks who previously received no special treatment and were, generally, less well than non-old folk. Secondarily, technological innovation opened up so many new methods of disease control for everybody, young and old, that we’re able to treat more sickness in more complicated ways -- and that drove costs up way further.

The greater part of the story remains neatly concealed within the matrix of rackets erected around the money-flows since the big cost bump-up in the 1960s, and these involve insurance companies, Big Pharma, corporatized doctors’ practices, hospital monopolies, and, of course, politicians on-the-take dividing amongst each other a colossal pool of grift that exists mainly for one simple reason: the cost of everything is hidden from public view.

Nobody has any idea what anything costs. Certainly not the patients, sometimes called “customers” or “consumers” -- but really hostages. If you go into the hospital for a stent in the left descending coronary artery, nobody will tell you what it costs, starting with the doctors who have performed the procedure a thousand times. They can’t even estimate the cost (or won’t), though they could probably give you a pretty good ballpark number for the cost-and-installation of a new fuel pump on their BMW-28i.

Charges for medical care are never discussed with the patient. Doctors especially pretend to regard such a proposition as beneath the dignity of their profession, rather like British aristocrats regarded all questions pertaining to money in the Downton Abby scheme of things -- a filthy business better left to the servants, like disposing of the table-scraps. Of course the “servants” in the hospital scheme of things are a fantastic hierarchy of dangerously overfed clerks overwhelmed by the anomie of spending countless hours typing fictitious numbers into their work stations. A more pointless life can hardly be conceived. If you ask the ones who “interface” with you at the check-out counter how your bill was toted up exactly, you will receive nothing more than a pitiless stare of contempt -- which is actually aimed inward at their own existential quandaries, a pathological dynamic that perhaps deserves attention from the research funding troughs.

The cost of everything medical is worked out in a private rain-dance between the aforementioned manifold concerned parties on the basis of what they think they can get away with in any particular case. In hospitals, this is enabled by the notorious ChargeMaster system which, to put it as simply as possible, allows hospitals to just make shit up.

Any bill in congress that affects to reform the gross financial malfeasance in healthcare ought to start with the absolute requirement to publicly post the cost of everything that doctors and hospitals do, and enable the “service providers” to get paid only those publicly posted costs -- obviating the lucrative rain-dance for dividing up the ransoms paid by hostage-patients who come to the “providers,” after all, in extremis. Notice that this crucial feature of the crisis is missing not only from the political debate but also from the supposedly public-interest-minded pages of The New York Times and other organs of the news media. Perhaps this facet of the problem never entered the editors’ minds -- in which case you really have to ask: how dumb are they?

(The funniest claim about ObamaCare in today’s New York Times is the statement that 20 million citizens got access to health care under the so-called Affordable Care Act. Really? You mean they got health insurance policies with $8,000 deductables, when they don’t even have $500 in savings to pay for car repairs? What planet do The New York Times editorial writers live on?)

The corollary questions about deconstructing the insurance armature of the health care racket, and assigning its “duties” to a “single-payer” government agency is, of course, a higher level of debate. I’m not saying it would work, even if it was modeled on one of the systems currently working elsewhere, say in France. But Americans have acquired an allergy to even thinking about that, or at least they’ve been conditioned to imagine they’re allergic by self-interested politicians. So, the current product of debate in the U.S. Senate is just a scheme for pretending to reapportion the colossal flow of grift among the grifters.

Spare yourself the angst of even worrying about the outcome of the current healthcare debate. It’s not going to get “fixed.” The medical system as we know it is going to blow up, and soon, just like the pension systems across the country, and the treasuries of the 50 states themselves, and the rest of the Potemkin U.S. economy.