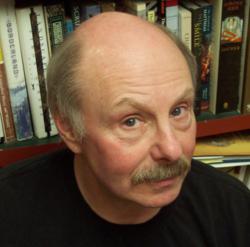 The really big item in last night’s 60-Minutes newsbreak was that the latest Star Wars movie passed the $1 billion profit gate a week after release. That says just about everything you need to know about our floundering society, including the state of the legacy news media.

The cherry on top last week was Elon Musk’s SpaceX company’s feat landing the first spent stage of its Falcon 9 rocket to be (theoretically) recycled and thus hugely lowering the cost of firing things into space. The media spooged all over itself on that one, since behind this feat stands Mr. Musk’s heroic quest to land humans on Mars. This culture has lost a lot in the past 40 years, but among the least recognized is the loss of its critical faculties. We’ve become a nation of six-year-olds.

News flash: we’re not going Mars. Notwithstanding the accolades for Ridley Scott’s neatly-rationalized fantasy, The Martian (based on Andy Weir’s novel), any human journey to the red planet would be a one-way trip. Anyway, all that begs the question: why are we so eager to journey to a dead planet with none of the elements necessary for human life when we can’t seem to manage human life on a planet superbly equipped to support us?

All of this grandstanding about the glories of space goes on at the expense of paying attention to our troubles on this planet, including the existential question as to how badly we are fucking it up with burning the fossil fuels that power our techno-industrial activities. Personally, I don’t believe that any international accord will work to mitigate that quandary. But what will work, and what I fully expect, is a financial breakdown that will lead to a forced re-set of human endeavor at a lower scale of technological activity.

The additional question really is how much hardship will that transition entail and the answer is that there is plenty within our power to make that journey less harsh. But it would require dedication to clear goals and the hard work of altering all our current arrangements — and giving up these childish fantasy distractions about space and technology

Dreaming about rockets to Mars is easy compared to, say, transitioning our futureless Agri-Biz racket to other methods of agriculture that don’t destroy soils, water tables, ecosystems, and bodies. It’s easier than rearranging our lives on the landscape so we’re not hostage to motoring everywhere for everything. It’s easier than educating people to both think and develop real hands-on skills not dependent on complex machines and electric-powered devices.

But we’re not interested and that is why we’re going to be dragged kicking and screaming into a very different future, not riding rockets to the new mall on Mars. I’m not religious, but maybe there is something like Providence at work foisting all these space fantasies on us at the very end of the year, allowing us to get all this stupid shit out of the way so we can prepare for the banking and political tribulations to come in 2016. Speaking of which, next week I will publish my forecast for the 12-month roller-coaster ahead. Happy New Year, one and all.

Herewith, the CFN Christmas present to readers:
An excerpt from World Made By Hand 4 (and final)
The Harrows of Spring

The third World Made By Hand novel