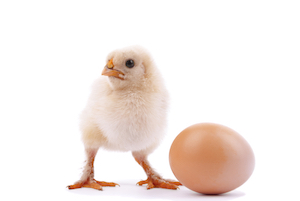 Sept. 3, 2018 (Phys.org) -- The "chicken or egg" paradox was first proposed by philosophers in Ancient Greece to describe the problem of determining cause-and-effect.

Now, a team of physicists from The University of Queensland and the NÉEL Institute has shown that, as far as quantum physics is concerned, the chicken and the egg can both come first.

Dr. Jacqui Romero from the ARC Centre of Excellence for Engineered Quantum Systems said that in quantum physics, cause-and-effect is not always as straightforward as one event causing another.

"The weirdness of quantum mechanics means that events can happen without a set order," she said.